Why are we governed by incompetents? Simon Wren-Lewis, an emeritus professor of economics at Oxford University, asks this question in a recent blog post—and for good reason. In a growing number of countries, the only qualification for high office appears to be a complete lack of qualifications. Many current leaders don’t know even basic facts connected to their jobs.

The most glaring example of a dolt-in-chief is Donald Trump. He is averaging a dozen false or misleading claims a day, according to a tally compiled by The Washington Post. For sheer volume of hot air, his output may never be matched.

However, Britain isn't giving up the gold medal for wind-baggery without a fight. The Brexit shambles has made it clear that prominent Leavers like Nigel Farage and Boris Johnson never really thought through what departing the European Union would mean in practice. From supply chains to the Irish border problem, it's all a surprise. Really, chaps, who could have known that the United Kingdom shared a land border with the Republic of Ireland? Total shocker, that.

Voters in many countries are showing what they think of the political void by electing clowns—literally.

Jenny Lee, a British playwright, compiled a sobering list of comics who've made the transition to politics in a recent essay for the Financial Times. The funny men include newly elected Ukrainian President Volodymyr Zelensky; Guatemalan President Jimmy Morales; Tiririca, a clown who is also a Brazilian congressman; and Beppe Grillo, a comic who founded Italy's Five Star Movement, now the largest single party in the Italian parliament. In all these nations, people have apparently decided that since they are probably going to elect a bozo anyway, why not at least elect a professional one?

Granted, not every country is going for obvious laughs. In Canada, for instance, our political elite is better at inducing naps than giggles. Maybe we're underestimating our leaders, though. Watching Justin Trudeau dress up like a Bollywood extra for his tour of India, or looking on as Andrew Scheer guzzles milk in an attempt to placate the powerful dairy lobby, offers fresh evidence that vaudeville isn't dead.

What has turned politicians into such a hapless lot? Wren-Lewis and others argue that one big factor is the lack of life experience among the latest generation of career politicians. Few contemporary leaders have any first-hand knowledge of war or poverty. Most come from comfortable backgrounds and view politics as a game.

Their goal isn't to change the world. It's to construct issues that can propel their party into power and attract powerful donors.

This theory seems reasonable, but doesn't explain why voters are letting politicians get away with their game-playing.

Maybe social media and the Internet are to blame: By clicking on the right websites, you can choose whatever view of reality fits your prejudices.

Perhaps demographics plays a role too.

As voters around the world age, many feel less desire to confront inconvenient facts.

From Make America Great Again to Brexit, politicians have won in recent years with vague calls to go back to some unspecified version of the good old days.

Or maybe there is something deeper going on than just nostalgia and fake news.

One of the unfortunate realities of contemporary politics is that many key issues revolve around slow-motion global shifts.

Galvanizing voters on climate change is difficult when the worst consequences are likely to emerge only over several decades. Trying to build a consensus on the economy is equally hard when many of the underlying factors, from technology to international trade, defy easy fixes. No wonder, then, that many politicians try to lure the gullible by offering up big, simple answers, many of which involve building walls and cracking down on foreigners.

Can't we do better? One promising approach to reversing the drift into demagoguery is by constructing objective gauges of well-being. New Zealand has pioneered this approach by developing a Living Standards Framework that attempts to measure various aspects of quality of life, from life expectancy to housing affordability. One goal is to broaden discussions of policy beyond simple measures of economic growth like GDP.

Voters and legislators can then compare results against international peers.

A by-the-numbers approach like this can't stamp out incompetence by itself, but it provides a fixed scorecard for government performance. It puts limits on politicians' ability to invent their own facts. It discourages attempts to invent new wedge issues. It encourages attempts to govern prudently and efficiently.

In an age where political leaders too often look like clowns, it is one small step toward sanity and good government. Other nations should pay attention. 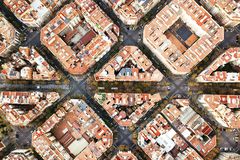 Opinion
The high cost of bucket-list tourism - and where you can go to get far from the madding crowd
June 24, 2019 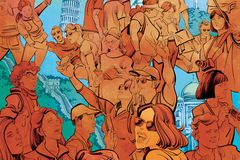 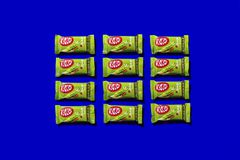