The new school year is almost upon us, the traditional time in Canada for complaining about tuition fees and how out of control they are.

University tuition did rise quite a bit in the 1990s. In Ontario, the Mike Harris government allowed fee increases of 20 per cent each year for its first three years in office. Nationally, tuition regularly rose by 5 to 7 per cent a year after inflation. Combine that with some fairly savage cuts in student grant aid, and you could plausibly claim something of an affordability crisis. But since 2000, provincial governments have been reluctant to charge domestic students higher fees. Fees still rise annually, but at a slow and steady average rate of 2 per cent a year after inflation.

But that’s not the end of the story. Over the past 15 years, governments have chosen to pour money into various types of student assistance, so much so that every single dollar of new fees taken in by universities and colleges over the past 17 years has been matched by a dollar in non-repayable grants, scholarships, tax credits, or education-savings grants.

Here’s the math: Statistics Canada tells us the total amount of tuition and fees collected in 2015-16 by universities and colleges was $12.6-billion, up from $5.8-billion in 2000-01 (in 2016 dollars). This rise was partly a result of tuition increases, but a bigger factor is that universities and colleges now have a lot more students than they did in 2000; full-time equivalent enrollment rose by nearly 50 per cent over those 15 years. Moreover, a lot of those new students were international students; if we take out the roughly $3-billion that these new undergrads pay, the increase in tuition fees for domestic students since 2000 amounts to a total of about $3.8-billion.

Now, let’s compare that to what’s happened with student aid since 2000. Ottawa more than doubled its spending on Canada Education Savings Grants, to $859-million from $406-million (all figures in constant 2016 dollars). The federal and provincial governments together raised their spending on tax credits to $2.7-billion from $2-billion, and on non-repayable need-based assistance (i.e. grants and loan forgiveness) to $2.6-billion from $1.3-billion. Universities and colleges (mainly universities) also increased their spending on scholarships to $2.1-billion from $800-million. In total, non-repayable assistance increased by 85 per cent. Loans increased, too, but by a more modest 49 per cent, essentially equal to the same rate as the growth of the student population.

But maybe more important than the percentages are the raw numbers. Total assistance increased by $5.25-billion. Take out the portion that is loans, and what is left over in new grants and other forms of non-repayable assistance is $3.8-billion, which is exactly the amount of the increase in domestic student fees. In short, governments and institutions have covered 100 per cent of the cost of all domestic tuition increases since 2000.

One result of all this extra spending is that student debt levels, as far as we can tell, are essentially unchanged since 2000. Between Statistics Canada’s National Graduate Survey (NGS) and the Canadian Undergraduate Survey Consortium’s (CUSC) triennial survey of graduating students, we have nine different observations of average student debt. Though these two sources have slightly different sample frames and are not fully comparable, they both point to falling student debt incidence (fewer students graduating with debt) and average debt levels that seem to have stabilized at about $27,000, which is roughly where it was at the turn of the century.

In short, though financing a post-secondary education is never easy, it is false to claim that it is getting harder over time. No doubt we could and should do a better job of targeting existing assistance – something on which the governments of Canada, Ontario, and New Brunswick have taken a lead over the past few years by converting their unfocused tax credits into focused, need-based grants. And no doubt the actual effects of these policies are distributed unequally across Canada; affordability in Ontario and Newfoundland has gotten much better, for instance, while in Alberta it has become significantly worse.

But it would be great if, just once, we chose not to indulge in our traditional fall rants about fees and affordability, and instead acknowledge Canadian governments, universities and colleges for having so consistently invested in students over the past 15 years. They deserve a lot more credit than they get. 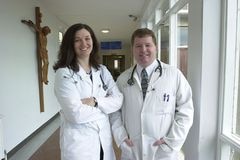 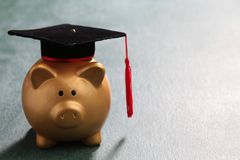 How to build an education plan for your child
August 10, 2018 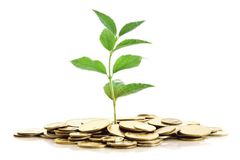