We don’t talk any more. All we do is fight. Such is the political climate of the day – hyperpartisan, at times venomous, often painfully divisive and frequently devoid of fact. You can argue that the loss of rational discourse didn’t begin with President Donald Trump, but it has spread, along with the rise of populism, across Western democracies.

The Brexit vote was contested seemingly in the absence of facts; experts and academics were cast as elite and not to be trusted, and the result was predictable (and devastating). Mr. Trump has declared the media the “enemy of the people” and labels anyone, no matter how credible, who opposes his policies as crazy, corrupt or radically left. It’s all “fake news,” he tells us.

We are left trying to make sense of a new world and a system that is broken. The 2018 Edelman Trust Barometer – which has 18 years of data to reflect on – confirmed that our trust in government plummeted last year. In the United States, trust in government saw its single largest drop in the history of the 28-country survey. I await the 2019 data with morbid curiosity.

But leaving aside the dysfunction of current politics, more disturbing are the questions now surfacing from within the business community spawned by the behaviour of the American President: Why do I need to maintain a healthy relationship with the news media? Why can’t I have my own alternative facts? Why do I need to maintain a rational discourse with our stakeholders (versus fighting to win)?

If it’s Mr. Trump’s world and we are just living in it, don’t we need to play by his rules?

It is absurd to think we’ve come to this. The answer – unequivocally – is no. But it goes beyond the fact that behaving like Mr. Trump is fundamentally the wrong thing to do. This broken system presents an opportunity (and I would argue an obligation) for business and the leaders of business to step forward and lead.

In fact, the same Trust Barometer data that illuminated the cracks in the system also makes clear that society increasingly expects business to step forward and contribute in ways beyond the provision of jobs and the creation of shareholder value. Business needs to start filling those cracks.

Business leaders need to find their moments to take a stand on important societal issues. Diversity in the workplace, climate-change adaptation and resiliency, financial literacy and economic inequality are all examples of critical social issues here in Canada that business can support, alongside government or independently.

This goes beyond corporate social responsibility, which typically has direct ties to a company’s business. This is about business stepping up, filling the void left by government, and leading by example and from the front, without an expectation of an immediate return.

If the current lack of rational discourse among politicians is any indication, our measure of trust in the institution of government will continue to decline. And it is reasonable to assume that federal elections in Canada and the United States over the next two years will do nothing to usher in a new era of civility and bring peace between left and right.

The time for business to lead is now. We must take a stand on these critical issues, serve a purpose that extends beyond the bottom line and model the values that underpin democratic society – including and importantly, a respect for and constructive engagement with the press.

Larry Fink, the chairman and chief executive of BlackRock, the world’s largest asset manager, is now using the firm’s tremendous influence to drive change in this respect. In a letter to his shareholders titled A Sense of Purpose, which is now spoken about with an almost cult-like reverence, he made his case: “Companies must ask themselves: What role do we play in the community? How are we managing our impact on the environment? Are we working to create a diverse workforce? Are we adapting to technological change?”

Ironically, Mr. Trump (forever the self-styled businessman) has given further credence to the notion that the business of business is no longer just business. Evolving expectations by Mr. Fink and many others now give business more licence than ever to fill the void left by government.

In a phrase heard far too often now, history may not be kind to those that shirk the responsibility. 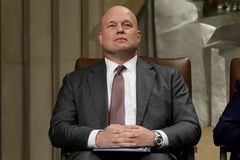 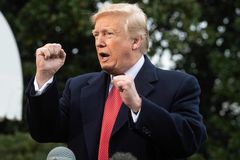