Economics has a diversity problem, though not everyone agrees.

I have just returned from the largest annual gathering of economics scholars, the American Economic Association meeting, where thousands of economists from around the world convened to discuss the latest developments in our profession. Among the big, new topics up for discussion were the lack of gender diversity among our ranks, problems with sexual harassment and basically all of the #MeToo issues that have come up in other walks of life.

And now economists are considering the idea that the rosters of academics who educate future business leaders perhaps ought to reflect the diversity of society.

Young women and people of all colours may need to be shown that if they have the ambition and the aptitude, they can one day head a central bank, or become a full professor, or be the chief executive of a corporation.

I contend that having diverse role models within our field can provide a means to the end.

It may not shock you to be told that the field that brought you classical economics and the efficient markets hypothesis isn’t necessarily quick to embrace the idea that the natural market outcome is anything other than perfect the way it is.

An esteemed professor in my field recently told me that the economics profession has no more of a gender or racial diversity problem than the National Basketball Association. He and I were at a conference social event at the time, and he was sipping a glass of wine, but I’m pretty sure he was stone-cold sober and serious.

His contention was that we need not worry if certain classes of people don’t end up pursuing our line of work, because maybe they don’t want to or aren’t naturally inclined to.

But what if those people don’t know they can? And what if their choice to follow other career paths means that as a profession we end up less inclined to study and fix the very problems that plague the less-advantaged segments of our communities?

Complicating matters is implicit bias, which is the unconscious tendency to make decisions, such as admitting students into graduate programs or hiring new professors, in a manner that is driven by stereotypes. That is, even if we try to be even-handed in evaluating minority groups, we may not succeed simply because of human nature.

Worse yet, thanks to the pesky trait of overconfidence, the people who think they are least prone to exhibit implicit bias are often the worst offenders.

And then there is explicit bias. Many in my field refuse to even admit that racism and sexism exist, or that they might be contributing to the problem.

I was in the room when a senior university administrator in my field once asserted that he wasn’t contributing to the systemic undercompensation of women when he offered new female faculty members significantly lower starting salaries than equally qualified and equally experienced men. His rationale? Other schools were offering women lower salaries too, and he was simply matching the market. Presto! Not his problem.

Obviously, I think we do have a problem. I would like to see us strive to eliminate the barriers that all-but prevent certain people from succeeding in fields such as economics and in the upper echelons of society more generally.

We can do more to address the problem. Admitting there is a problem is the first step. Acknowledging the deep and subversive power of bias, both implicit and explicit, is the next.

One progressive step the American Economic Association has taken is to introduce EconSpark, a moderated online discussion forum intended to draw traffic away from a site called Economics Job Market Rumors (EJMR) to which young members of the profession have traditionally been drawn to seek advice, to share strategies for publishing and finding employment, and to learn about what is acceptable behaviour in our profession. EJMR fell into disrepute last year after Alice Wu, an undergraduate student at the time, carefully documented the misogynistic and offensive tone of postings on that site about women in the economics profession. Ms. Wu is now a doctoral student in economics at Harvard University, which is a beacon of light on the distant horizon.

I would like one day to find myself surrounded by colleagues who reflect the diversity of our world. I remain hopeful that day will come.

Men: Step out of your bubble to champion gender diversity
December 12, 2018 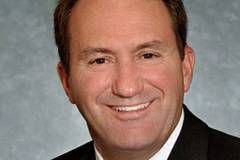 Opinion
Going out of our way is key to unlocking diversity
Subscriber content
November 12, 2018 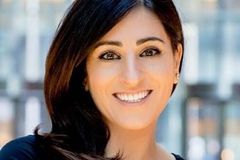