Rhea Rollmann’s mortgage renewal shouldn’t have been a stressful experience.

But when the St. John’s resident met with branch staff, there were complications. Ms. Rollmann is a transgender woman and is in the process of changing her name and gender marker. But her mortgage was set up in her former identity.

“I kind of walked into the bank with this kind of tense environment where I was presenting very differently from the name and data on my appointment and on my ID,” Ms. Rollmann said during an interview at the IdentityNORTH annual summit. “And clearly this was raising some eyebrows.”

Although the bank proceeded with her mortgage renewal, branch staff informed Ms. Rollmann that once she finalized her name change, she would have to have a lawyer certify her identity for her mortgage documents.

It’s a costly requirement that’s not demanded of other people who change their names – heterosexual women, for instance, who routinely do so after they marry; in such cases, banks generally accept a marriage certificate as proof of a new identity.

Ms. Rollmann did ask if a copy of the government form confirming her name change would satisfy the bank. One supervisor insisted it had to be a document certified by a lawyer, but two others suggested a government form might suffice.

“It speaks to that level of almost distrust that’s woven into the system when you encounter people who are fluid in their identity or who are changing their identity,” Ms. Rollmann said. “It’s really this historically rooted suspicion that something underhanded is going on when that’s not the case.”

Ms. Rollmann’s experience is just one example of many barriers transgender people face in the banking system. Some have trouble using credit cards if the name on the front misrepresents their identity. Others have been blocked from accessing their accounts because of voice changes after hormone therapy; if a call centre operator or a bank’s voice recognition software can’t reconcile such changes with a customer’s records, there’s often an assumption of fraud.

It’s not enough for banks to celebrate Pride Month each June. They must also dismantle systemic barriers that harm individuals who identify as LGBTQ2+. This includes solving problems that arise during everyday customer interactions, whether they occur in a branch, a call centre or online. Banks have a regulatory obligation to know their clients, so their systems and processes should support that goal.

Banks are already facing calls to upgrade their technology systems and internal processes in the United States. A digital bank called Daylight is partnering with two organizations, All Out and the National Center for Transgender Equality, to ask banks to assess whether a portion of their Pride marketing dollars could be reallocated to removing obstacles facing their transgender and non-binary customers, Forbes reported last month.

Their campaign’s hashtag is apt: #CallMeByMyName.

Here in Canada, federal regulations require banks to use a customer’s government-issued identification when setting up new accounts or making changes to existing ones.

Even so, regulatory compliance and accommodating customers are not mutually exclusive goals.

Banks need to have clear rules, properly train their staff and eradicate any internal practices that create double standards for some customers. Moreover, all lenders should address customers by their chosen names.

Some financial services companies have already taken action. Mastercard Inc. launched its True Name initiative in 2019 to allow customers to use their chosen identities on their payment cards without making legal name changes.

“True Name is available globally, and we’re actively working with a number of bank partners to offer the card in Canada,” said Sandra Benjamin, vice-president of communications.

“Mastercard is committed to easing this pain point, and we continue to call on the industry to join this effort and enable cardholders to use their chosen name.”

Bank of Montreal’s U.S. arm, BMO Harris Bank, already offers the True Name feature to its customers. It’s a no-brainer for BMO and other Canadian banks to offer it in their home market.

In Canada, BMO is rolling out an allyship training course for employees, which coaches them on how to support and advocate for individuals who identify as LGBTQ2+, and a pronoun initiative in its branches to teach staff how to have inclusive conversations with customers.

“Something that can seem small, like asking about a pronoun, but is so deeply meaningful for the individual,” said Mona Malone, BMO’s chief human resources officer and head of people and culture.

Canadian Imperial Bank of Commerce has removed gender from its validation process at contact centres and trains staff on how to avoid misgendering clients. The bank has also updated its client information system to provide a gender identifier (X) and salutation (Mx) as options for non-binary clients.

CIBC and Royal Bank of Canada are both willing to provide solutions for clients if their government-issued credentials have not been updated. National Bank of Canada, meanwhile, encourages customers in this situation to meet with one of its advisers.

Companies in other sectors are also making accommodations. Rogers Communications Inc., for instance, allows customers to use a preferred name prior to the completion of a legal name change.

These initiatives hold promise, but a wide range of businesses, including banks, retailers, technology companies and others, must adopt end-to-end solutions if they’re serious about diversity and inclusion. Governments also have a role to play by providing inclusive digital identity credentials at no cost to consumers.

“Coming out is never a one-shot deal. You’re constantly coming out over and over and over again,” Ms. Rollmann said. “And every encounter that you do so is fraught with vulnerability. You never know how someone will respond.”

Businesses must eliminate that risk for customers. People change their identities for a variety of reasons. Accommodating them is an essential step toward inclusion.

LGBTQ employees must be given equal weight in diversity initiatives if companies want to be inclusive
Subscriber content
June 23, 2021 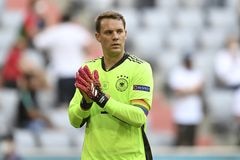 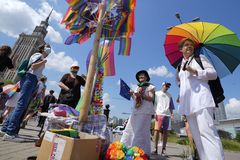