Encana Corp.’s decision to wipe away its Canadian identity is a gut punch to Alberta at a time when its economic midsection is already bruised.

The company’s announcement that it will move its headquarters to the U.S. from Calgary and change its name to something with no connection to anything familiar triggered recriminations and heated political debate over what is driving the energy industry away. But the company’s own record of poor shareholder returns deserves close scrutiny, too.

It’s a fact that the oil and gas investment climate has been made dismal, not just by the downturn in prices, but by regulatory unpredictability and mixed messages about whether the country actually wants development and exports. Investors pointed to the relative success of U.S. shale producers and the gusher of capital flowing into projects in Texas and New Mexico while the industry in Canada sputtered.

Alberta Premier Jason Kenney’s government shouted from the rooftops on Thursday that the relocation of Encana, soon to be renamed Ovintiv Inc., was thanks to the re-election of an anti-Alberta Justin Trudeau government. But this isn’t just a broad-brush tale of political bumbling by Ottawa, nor, as Encana says, simply a desire to seek wider pools of capital in the United States.

For Encana, there has been a clear direction since Texan and former BP executive Doug Suttles became chief executive officer in mid-2013. Almost all of his major decisions have made the company more American; unfortunately for investors, none have made them wealthier.

In fact, since mid-2013, Encana shares are down nearly 75 per cent, compared with a 10-per-cent gain by Canadian Natural Resources Ltd. and 24-per-cent increase by Suncor Energy Inc. Among U.S. peers, EOG Resources Inc. is up 4 per cent and Pioneer Natural Resources Co. is down 14 per cent.

During this period, Encana has jettisoned numerous Canadian assets and staff and bulked up on U.S. shale oil operations during a mass industry move. The last big buy was its US$5.5-billion takeover of Newfield Exploration Co. a year ago, adding reserves in an Oklahoma shale play called the Stack/Scoop and increasing overall production by 50 per cent.

Investors were surprised by the decision to add a fifth major operating area after Mr. Suttles had said the company had settled on four. The stock has fallen sharply since, despite the promise of increased share buybacks and higher dividends.

The most obvious signal, though, was Mr. Suttles’s relocation to Denver last year. Encana said at the time it was solely for personal reasons and not the precursor to a corporate headquarters move.

Now, Canadians have every right to be upset at the Americanization. Encana was born with huge advantages in Canada. It was the result of the 2002 marriage of PanCanadian Energy and Alberta Energy Co. (AEC), both endowed with massive swathes of land in Western Canada. PanCanadian had millions of acres of royalty-free lands thanks to an 1880s land grant from Ottawa to Canadian Pacific Railway. AEC was once a provincial Crown corporation with drilling rights to the military ranges in eastern Alberta.

It was billed by founding CEO Gwyn Morgan as a “global super independent" and briefly enjoyed the largest market capitalization in Canada. Its biggest previous transformation was the split-off of its oil sands business to form Cenovus Energy Inc. in 2009. Encana had been reborn as a natural gas producer just as the shale gas revolution took hold and pummelled gas prices. It failed to thrive in that business under then-CEO Randy Eresman, who had concentrated efforts on North American “resource plays," funding developments through joint ventures.

Under Mr. Suttles, Encana became an oil company again, and acquired assets in the Eagle Ford and Permian areas of Texas, sites of drilling booms. Its deal timing has occasionally been bad – it announced US$5.9-billion takeover of Texas-based Athlon Energy just as oil prices began to crash in 2014. In Canada, it remains in the Montney and Duvernay regions, where it says returns are healthy and where it says it will stay.

The main thing holding back the stock, Mr. Suttles says, is the fact that its U.S. peers have two-thirds more ownership by U.S. index funds. Maybe, but some analysts are unconvinced by the man ranked as having the ninth largest pay packet among CEOs of Canadian companies last year, with a total compensation of $15.5-million, as tallied by ROB Magazine.

Jon Morrison of Canadian Imperial Bank of Commerce said Encana, despite its transformation to a shale producer, still lacks many of the compelling attributes that others have for attracting capital, notably the ability to generate strong returns amid middling oil prices. Encana’s shares have limited potential when the U.S. benchmark oil price is below US$60 a barrel. It is currently just above $54.

Yes, Canada’s energy sector is in need of predictability so it can get back to attracting investment, as does that of any country. In the end, it will be companies with the best records of returns that are successful in doing so, regardless of their home base. Encana has yet to put itself into that group. 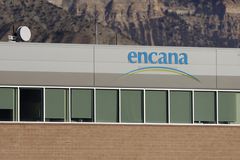