It’s been a come down for investments high in environmental, social and governance (ESG) content after their breakout in 2020. Yet the reasons they exist have only become more pronounced, so this looks more like a breather than the end of an era.

ESG investing was a surprising bright spot in the pandemic market as investors wagered that a shift from traditional energy, such as oil and gas, and heightened focus on society’s inequity signalled the beginning of massive transitions while the world struggled to emerge from the ravages of COVID-19.

Capital flows into sustainable funds doubled in 2020 to US$274-billion, according to Morningstar, and numerous individual stocks in renewable energy, electric vehicles and carbon-reduction technology enjoyed the better part of a year in the sun. The election of U.S. President Joe Biden, who campaigned on funding the fight against global warming, gave the ESG market even more of a lift. Besides a jump in valuations for companies, the enthusiasm also led to a series of initial public offerings and acquisitions by special purpose acquisition corporations in clean-tech.

In 2021, the sector has been hit with corrections as more traditional parts of the economy have lurched into recovery mode. There has been fear that the ESG boom became a “crowded trade,” a momentum play into which packs of investors smelling quick returns piled; now they’re moving on. New research suggests that isn’t the case, especially in North America.

Beyond the markets’ vicissitudes, the imperative for combatting the worst effects of climate change has only intensified as the world emerges from a dark period in which emissions decreased, but not by design. Tens of trillions of dollars of investments are still required in the coming decades for countries to meet their Paris Agreement commitments to cut emissions. It all points to the fact that sustainability and equity markets operate on different schedules.

Despite last year’s influx of capital, Citigroup research suggests that ESG-related investments are not overly crowded based on the bank’s criteria, which include such measures as comparisons with historical valuation, consensus analysts’ ratings and the impact of macro variables. If they were, it could mean risks of a further sell-off are growing, or so one theory goes.

But this area of the market bears no resemblance to the hysteria that overtook stocks such as GameStop Corp. , in which retail investors, taking their cues from Reddit forums, drove share prices up to unsustainable heights with no connection to the company’s financial prospects. The capital that has flowed into ESG appears much more patient.

“One thing that we found last year is that it isn’t just a question of new money going into ESG products,” said Josie Gerken, quantitative analyst at Citi Research in London. “It’s also the case that people are taking money out of the broader-style products, like regional ETFs or regional investments, and putting that money into the ESG equivalent versions.”

One exchange-traded fund shows how the market has fluctuated. The iShares Global Clean Energy ETF tripled from the depth of the market crash in March of last year to its peak in early January. It has since fallen by 23 per cent, putting it back at early-December levels, a steep but as yet not a fatal drop.

“Our view is definitely that [the sector is] more stable and resilient,” Ms. Gerken said. Its trial by fire began in February, 2020, when global stocks began to collapse over fears about the pandemic and its impact on the global economy. The ESG-related ones weren’t as hard hit as most, she said. Prior to that, the current ESG generation had not been through a recession. “It proved to be a very stable investment strategy.”

The ESG world and investments therein are maturing, however. That will be reflected in the long-term prospects, as regulators mandate companies to disclose key data on emissions and social issues in standardized forms in jurisdictions around the world. Meanwhile, major institutional investors, including BlackRock Inc., are applying pressure on companies in their portfolios to address the risks to profitability of climate change, and policies to deal with it.

As this all takes place in the coming years, the sector should stabilize amid a shakeout of investments that fail to pass muster, Ms. Gerken said. “You’ll get those that are greenwash that will suddenly come out of favour and disappear, and you’ll have the core products that truly represent an ESG objective.”

What growing interest in ESG means for business
March 30, 2021 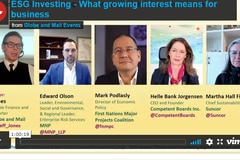 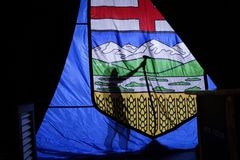