Europe’s power crisis was just a matter of time – and that time has come.

Natural gas and electricity prices are setting record highs virtually every day, and businesses and households have gone from getting annoyed to being terrified as the bills land like hand grenades.

The continent’s power system was an accident waiting to happen, in good part because its purported virtues – vast amounts of climate-friendly renewable energy and waning numbers of climate-unfriendly coal-fired plants – were less robust than advertised.

Of course, other factors conspired to jack up prices at an alarming rate, notably alleged manipulation of the gas markets by Vladimir Putin’s Russia. But the wind not blowing when it was supposed to was certainly a big part of the problem.

Europe, including the United Kingdom, normally has a pretty sturdy power system, with ample interconnection between countries, allowing power buyers to shop around for the best prices. At the same time, there seemed to be ample diversification of electricity-generation methods – nuclear, coal, gas, wind, solar, hydro, biomass. As any portfolio manager knows, diversification ensures protection. When, say, the gas supply is down and wind power is up, the system adjusts in minutes, and everyone keeps the lights on.

Not so this time, because Europe’s energy diversification hid deep flaws. The upshot: There is not enough cheap power to meet periods of peak demand when air conditioners are turned on to beat the heat and economies are roaring back after pandemic shutdowns. Coal plants, which can be turned on and off quickly, are being torn down because they spew out too much planet-heating carbon dioxide, plus a nasty array of pollutants – there is no such thing as “clean” coal. Germany is phasing out its nuclear plants even as it pushes coal out of its power-generation portfolio.

One of Chancellor Angela Merkel’s more dubious legacies is leaving Germany, Europe’s industrial powerhouse, without a strategic plan to ensure reliable and affordable power. Getting rid of coal and nukes while gambling that the wind will always blow and the sun will always shine showed remarkably poor judgment on her part. No wonder Germany has some of the highest wholesale and household power prices in the world.

According to publicly available data, Germany’s forward wholesale price for electricity is US$116 per megawatt-hour (MWh). California, where prices are high by U.S. standards, pays US$52. The German retail price is a shocking US$355; California’s is US$198. Now you know why Germans are enraged.

How did European power prices get so high so fast?

The roots of the fiasco go back to last winter, when much of the northern hemisphere experienced an unusually cold winter. Asian countries – in particular Japan, South Korea, Taiwan and China – went into the winter short of gas and waded into the market to make up the deficit, pushing up prices. They are still buying to top up supplies.

At the same time, we know that two fires at natural gas-processing plants – one of them in August in Siberia – crimped Russian exports.

The bigger reason may be intentional export restrictions. Some energy traders believe Russia, through state-controlled Gazprom, the world’s largest publicly traded gas company, is withholding extra supplies to Western Europe, possibly with the intention of putting pressure on Germany to complete the certification of Nord Stream 2. The new pipeline runs from Russia, near St. Petersburg, across the Baltic Sea to Greifswald, in northern Germany.

The traders say Russia is not exercising its right to increase the volume of gas it exports through pipelines that cross Ukraine on their way to Western Europe. Russia’s line is that it is meeting all its contractual export obligations.

Several other factors conspired to raise gas prices and hence the prices for liquefied natural gas (LNG) and coal, which all compete with each other. One was the unusually windless conditions in the Baltic Sea, where much of Europe’s offshore wind power is generated. On a normal day, wind supplies about 30 per cent of Germany’s electricity; that figure fell to about 10 per cent in recent weeks. At the same time, Hurricane Ida in late August knocked out some gas plants in Louisiana, constraining LNG exports.

The tight supplies for gas and the motionless wind turbines are triggering enormous business and household pain across Europe. In the U.K., soaring gas prices – they are up sixfold in the past year in that country – have forced at least two large fertilizer plants to close. In Spain, the government is planning a €3-billion raid on the “excess” profits of energy companies. In Italy, Ecological Transition Minister Roberto Cingolani this week warned that electricity bills could rise as much as 40 per cent in the next quarter, on top of the 20-per-cent rise in the last quarter, as prices for gas and traded carbon credits go through the roof.

There is no magic cure for the European power crisis, though prices will probably fall in a few weeks or months. The cliché – that the best cure for high prices is high prices – usually proves to be true. The issue is how to prevent future electricity price crises, and the answer seems clear. More renewable power is a must for the sake of the planet, but not at the expense of closing all fossil-fuel plants, which are needed to meet peak demand. They work when the wind doesn’t blow and the sun doesn’t shine. This is a message that the delegates to the COP26 climate summit in Glasgow in November do not want to hear.

Opinion
Norway’s election thrust climate to the political forefront and brought in the centre-left. Taste of elections to come?
Subscriber content
September 14, 2021 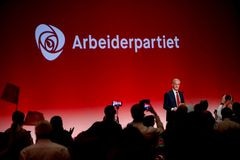 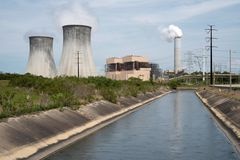 Opinion
Parisian vision of a car-free future could trigger social division and war with the suburbs
Subscriber content
September 7, 2021 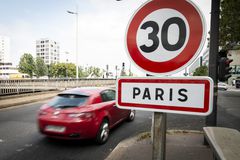