Karen Clarke-Whistler is an environmental scientist and served as chief environment officer of TD Bank Group until 2018. She is currently a principal in ESG Global Advisors.

Finally, we might just have a real plan for tackling climate change. But it’s not the one you think.

Last week, with great fanfare, the federal Conservative Party released its long-awaited plan for climate action. And, to be honest, it was a bit of a pleasant surprise in its acceptance of Canada’s obligations under the Paris climate accord and its attempt to frame the challenge in economic terms. It also guarantees that there will be plenty to debate and discuss in the following months as the major parties vie to be the greenest in the land.

But, amid all of the noise last week, another climate report was also released. Mobilizing Finance for Sustainable Growth is the final report of the Expert Panel on Sustainable Finance prepared by Tiff Macklem and several respected leaders in the financial sector. The report’s 15 recommendations lay out a thoughtful and practical approach to leveraging the power of Canada’s financial sector in the transition to a low-carbon economy. The recommendations show how to reframe climate action as an opportunity that creates domestic prosperity and global competitive advantage. While the report did not receive the notice that it should have – it wasn’t glossy or partisan – the good news is that elements of its recommendations are contained in the platforms of all the political parties. Here are three important insights from the report that we should hold all parties accountable to.

First, it recognizes that Canada needs to plot a clear path to achieving its commitments under the Paris climate accord. It calls for a more robust version of the current federal Pan-Canadian Framework for Clean Growth and Climate Change that provides a clear vision of what the end point of a low-carbon economy looks like for Canada over the next 30 years with key milestones and, most importantly, a capital plan. Canadians need a road map to help us understand what this low-carbon economy actually means in practice and what it will cost.

Second, it recognizes that Canada has a proven track record and reputation for providing the world with the human capital, technological know-how and financial expertise to develop natural resources responsibly. It posits that these same credentials can be applied to the development, commercialization and export of innovative technologies to reduce greenhouse gas emissions. The panel rightly observes that in order to scale these initiatives to a level that is competitive on the world stage, we need to take a Team Canada approach, a sentiment echoed in the Conservative Party’s call to create a “Canadian Clean” national brand identity.

Third, the panel recognizes the value of the carrot approach in mobilizing citizens and businesses to act. It calls for a raft of incentives that will appeal to citizens and businesses alike. Some, such as supporting energy retrofits and green building codes, align directly to political party platforms, but the panel goes much further. It calls for the creation of climate-accredited financial products for Canadians to invest in through their registered retirement saving plans or defined-pension contributions. In a truly inspired move, the report recommends that capital markets augment the growing international “green bond” fixed-income sector by creating “transition bonds” to finance significant energy and carbon-reduction initiatives in carbon- and energy-intensive sectors. This recommendation recognizes the structural differences between Canada’s resource-based economy and those of European countries, which to date have taken the lead in defining the rules around “sustainable finance,” rules that do not include financing the decarbonization of fossil fuels. It also offers a warning – act now or you’ll miss the boat.

There are many more valuable insights contained in the expert panel report. Everything from how to accelerate development of the clean-technology sector, through how to build climate considerations into infrastructure and increase the efficiency and connectivity of Canada’s green but aging electrical grid. Importantly, the panel doesn’t shy away from acknowledging that there will be continued demand for fossil fuels for several more decades and that the world needs more “clean” Canadian oil and gas. Displacing coal with liquefied natural gas , or providing lower-carbon oil will have much more impact on reducing global greenhouse gas emissions than being solely focused on emissions within our national boundaries.

The climate plans of the major federal parties all contain key elements of the expert panel report. They’re just not all in one place nor do they provide the clarity, practicality and accountability that the report of the expert panel does. Maybe if it had a glossy cover and flashy media launch, or a distinctly partisan angle, it would get the attention it deserves – because I think Canadians finally have a real plan for tackling climate change. 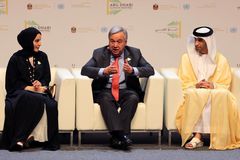 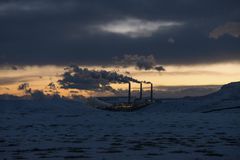