Facebook has teamed up with some heavyweights in the payments industry such as Visa and Mastercard and other online platforms to usher in a new era for payments services: an international, widely accepted digital currency called Libra.

This should not come as a surprise. Online trading – often cross-border – cries out for such a payment instrument. And online networks reach full functionality only if they provide a medium of exchange that can be used to trade or transfer value seamlessly on the network.

Privacy and regulatory concerns aside, Libra thus makes a lot of sense as a business model.

But its true value may arise from somewhere else: being a credible threat to the international monetary order. Central banks will be forced to step up their efforts in providing their own digital currencies and finally harness technology to move international payments into the 21st century by creating a global system of interchangeable, digital currencies.

The Libra Association promotes its digital currency as a new unit of account and medium of exchange that will facilitate global online trading and provide access to financial services for billions of people who are currently “unbanked.”

Digital currencies allow anyone, anywhere, to transfer money – through payments or otherwise – without the need for a financial institution. In Libra’s case, its key advantage is that it can rely on an already existing network structure to introduce its currency. Facebook, eBay, Spotify, Uber and Lyft as prominent members have networks that span billions of potential users worldwide.

The new currency, Libra, is a unit of account that is backed by investments in a basket of safe financial assets denominated in major conventional currencies. For every unit of Libra circulating in the system, users will put up traditional currency. This deposit is then converted into a basket of currencies and invested into safe assets.

Details aside, Libra is thus a liability issued by the association that bears no interest, but is financed by assets that can earn interest. Hence, it guarantees a sure stream of profits that increases with the amount of currency issued. No wonder, then, that existing payment providers such as Visa, Mastercard and PayPal were quick to join the initiative, since it offers them the opportunity to recapture the rents they currently hold as the main payment providers to globally operating networks.

Central banks around the globe have taken notice as their monopoly power of issuing currency is being challenged. U.S. Federal Reserve Chairman Jerome Powell and Bank of England Governor Mark Carney have expressed concerns. While many central banks have been evaluating the merits of issuing a digital currency for quite some time, a new globally accepted unit of account, with the backing of Facebook, is a direct threat to the integrity of the existing monetary and financial system. To pre-empt disruptions in monetary policy and financial stability, it has become clear that central banks will have to introduce their own digital form of currency – something the so-far-skeptical Bank for International Settlements admitted last week.

But this may not be enough. Libra has a global reach and will appeal to consumers who crave cheaper and more convenient ways of making international transactions. International payments so far rely on arcane infrastructures that allow many financial intermediaries to extract profits. What is truly needed is a way to conduct international payments with low costs and a stable international unit of account – for businesses and consumers alike. Simply shutting down the Libra idea on grounds of privacy or regulatory concerns is the wrong approach.

The way forward is to introduce domestic digital currencies that are instantaneously convertible so that consumers can use them freely and seamlessly. An even bolder approach would be to fully integrate them by setting up an international unit of account that becomes the standard for denominating and settling cross-border transactions.

Let’s not waste a golden opportunity for bringing international payments out of the shadows and into the 21st-century world of technology. 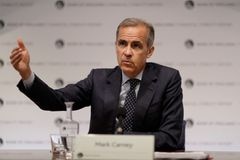 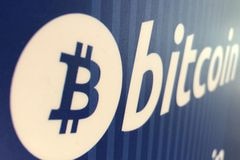 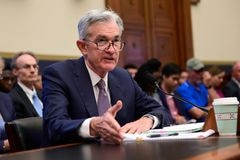