Martin Eichenbaum is an international fellow at the C.D. Howe Institute and the Charles Moskos Professor of Economics at Evanston, Ill.-based Northwestern University.

Canada and the rest of the developed world have entered an era of low interest rates and sluggish growth. We should expect interest rates to remain low by historical standards when the next recession occurs. Since the Bank of Canada will be unable to cut rates much below zero, monetary policy alone won’t be able to effectively fight the next recession. The government will have to use fiscal policy – its spending and taxation powers.

The challenge confronting us is to devise a framework for using fiscal policy in a timely, effective and responsible manner. A set of policies known as “unconventional fiscal policy” offers such a framework. A hallmark of this approach is that it explicitly links the expanded use of fiscal policy to situations when we’ve hit the practical limits of monetary policy to fight recessions.

The approach is related to the “going direct” proposal put forward by the BlackRock Investment Institute, as discussed in The Globe and Mail. But unconventional fiscal policy relies more on changes in the laws governing fiscal programs and less on the discretion of non-elected bank officials, as BlackRock envisages. It puts the responsibility for fiscal policy where it belongs – on our elected officials.

The first leg of the policy is a program of asymmetric automatic-stabilizer programs. Automatic stabilizers are transfer programs, such as unemployment insurance and income support payments, that expand during recessions and contract in good economic times. Critically, these programs put money in the hands of the people most likely to spend it. And they do it just when the economy needs a boost in the demand for goods and services.

Unconventional fiscal policy boosts the power of these stabilizer programs by linking their scope to easy-to-measure and simple-to-communicate macroeconomic targets.

The second leg of the policy would be a series of asymmetric, automatic changes in tax rates in response to the same target variables. For example, the federal GST rate could automatically fall in a severe recession. Other candidates for tax cuts include contributions to unemployment insurance and income tax rates.

All of these tax cuts would spur the demand for goods and services when such a boost is most needed. In effect, we would create a temporary “sale” on consumption during crisis periods. The sale would be over when the target variable returns to its normal level.

The obvious trigger variable is the Bank of Canada’s policy rate because fiscal policy is most powerful and most needed when that rate reaches its effective lower bound, at or near zero. Political considerations might lead us to adopt a different trigger variable. But whatever trigger variable we adopt, it should be set in advance by legislation.

There are four advantages to unconventional fiscal policy. First, fiscal policy is likely to be particularly powerful in a deep recession when the effective lower bound on interest rates is binding.

Second, expanded automatic stabilizers and tax cuts would be triggered on and off by economic conditions. This trigger structure would take the pressure off the politics of the moment. By construction, stimulus starts quickly when it has the most effect. Just as importantly, stimulus ends when it isn’t needed, limiting possible long-term damage to public finances.

Third, policies that are designed outside of a crisis are far more likely to be better thought out, more carefully vetted and better communicated than discretionary acts designed in the middle of a crisis.

Fourth, because expanded automatic stabilizers and tax cuts would be embedded in our legal framework, households, firms and provincial governments would be more likely to factor expanded benefits and lower tax rates into their decisions than under discretionary fiscal policy. This advantage is potentially very important.

Even though this rise is privately optimal, it’s deeply counterproductive from a social point of view and makes a bad situation worse. In fact, the fear of a severe recession could easily become self-fulfilling. The more certain people are that they’ll get expanded help in a severe recession, the less they’ll feel a need to build up precautionary savings. Expanding the help offered in such episodes reduces the amount of help that they will actually need.

I have no idea when the next recession will come. But I know that it will come and we need to be ready to fight it.

The Bank of Canada is assessing its monetary policy framework ahead of the anniversary of its five-year inflation-control agreement with the federal government. Now is the perfect time to think about unconventional fiscal policy, what the macro triggers should be and how the government envisages fighting the next recession through the co-ordinated efforts of the Department of Finance and the Bank of Canada. 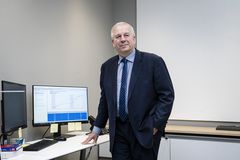 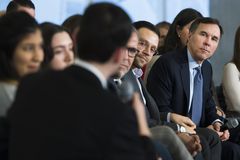 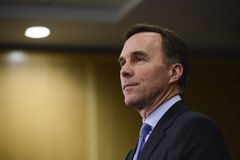