Dany H. Assaf is a partner in the Torys LLP Toronto office and is co-chair of the competition and foreign investment review practice.

Francis M. Fryscak is the founder of SecondSight Law and the head of its antitrust practice, based in San Francisco.

More than a century ago, antitrust law was born out of the breakup of Standard Oil and similar steps to rein in the power of the trusts that were choking innovation in critical industries.

As Big Tech dominates headlines now (Trudeau’s new digital framework, Zuckerberg and Sandberg’s no-show at Parliament and so on – and that’s just domestic news), we ask ourselves if this century of antitrust law will be defined by the breakup of Facebook and the restraining of today’s Rockefellers.

In the aftermath of the Cambridge Analytica, hacked e-mails and other Big Data privacy scandals, and calls to “break up” companies such as Facebook, we have all been reminded of a time-honoured lesson – if it’s “free,” the real price tag is usually more than one can afford. Like a mob of shoppers stampeding to a Black Friday sale, after trampling on and over one another for “free” and unlimited digital services, we’re only now asking ourselves exactly what did we buy, and at what cost?

The world is waking up to the real cost of exchanging personal data for a “free” service. Personal data do have a value – a value that, when multiplied, can sway elections, dissolve governments, change everything.

And as we wake up to the realization our data has been commoditized and sold out the backdoor as quickly as it was collected at the front, we’re left to address the generally inadequate levels of data protection which failed to evolve into a necessary pillar of product offerings in the tech sector.

In the absence of the market addressing this problem, antitrust regulators, who generally seek to stay out of the business of having a heavy hand in driving markets, are being asked to address what is broken in the data marketplace.

Traditionally, they acted as the market’s traffic cops, ensuring the free and efficient flow of products in the market, not its firemen. They ensured the roads (markets) were kept open for all cars to drive, while giving their passengers (consumers) decisive authority over where they want to go (the products they demand). Antitrust enforcement doesn’t seek to look beyond what consumers are demanding and consider what consumers should demand.

Through an antitrust lens, perhaps the data market is really no different to any other. Leaving aside the many ways that antitrust enforcers are getting pulled in new directions as privacy police, this aspect of the issue appears to call for antitrust enforcement to simply acknowledge this reality within its traditional framework.

The antitrust position is, then, that data protection as a feature of a technology product simply isn’t responding as expected to consumer demand. Why?

Are we witnessing the classic antitrust tale of an exercise of market power by entrenched players who are not truly feeling the bite of competitive market forces?

In many ways, this appears to be exactly what is unfolding – increasing demands for data privacy not being credibly met by providers racing to differentiate on data protection to win market share.

There’s been no meaningful wholesale “privacy feature war” driving competition across the most popular platforms forcing change. Current consumer and market concerns suggest that a more intense, pitched battle on privacy features should be raging.

These market dynamics extend an invitation to antitrust regulators to also approach these issues through the familiar lens of monopsony power, where popular platforms have unrivalled buying power over consumer data (in exchange for their own free offerings).

With great pools of Big Data concentrated in the hands of a few, questions arise whether monopsony power caused any market distortions.

Antitrust regulators have the tools they need to approach the world’s Big Data woes. How they will approach this problem – it’s perhaps the defining global issue of 21st-century antitrust law – depends very much on how consumers value data and privacy and how the regulators view their consumer welfare mission. Regardless, one thing is clear: Everyone’s free ride is coming to an end. 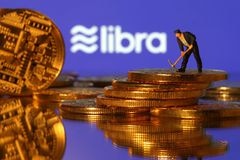 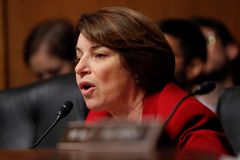 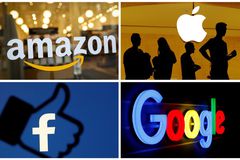