As the chief executive of Canada’s largest food rescue charity, I’ve noticed an important change in the way that executives and donors think about their work with us. It used to be that donations or involvement with a charity such as Second Harvest, focused on reducing food waste, was a nicety. Today, it’s a necessity.

Some organizations have made ambitious environmental commitments and are looking for a place to start making progress. Food waste is not always an immediately obvious choice – many think first about reducing electricity consumption, or improving consumer packaging. But reducing food waste can be a crucial way to help the environment and cut costs.

Sometimes, reducing food waste means finding efficiencies in the production or manufacturing process. Other times, it means redirecting food that would otherwise go to waste to local charities and non-profits, such as church groups or school breakfast programs, who can use it to feed community members. The bottom line is that every kilogram of food that doesn’t end up in a landfill helps us in our fight against climate change.

Consider this: If food waste was a country, it would be the third-largest greenhouse gas emitter after the United States and China. So, as we all look for ways to reduce our carbon footprint, we must think beyond electricity consumption and packaging and recognize that food waste is a major contributor.

The good news is it is actionable. Internationally, eliminating food waste would reduce emissions by an estimated 8 per cent. That is why, when companies such as Maple Leaf Foods set themselves a goal of becoming carbon-neutral, they made reducing food waste as part of their production process a key priority. With so many other major corporations making pledges around reducing their carbon emissions or even becoming carbon-neutral, reducing food waste is an increasingly popular avenue of exploration.

Beyond the clear environmental benefits, there is a very compelling business case to be made for reducing food waste. With a growing number of companies committing to food waste reduction, researchers with the World Resources Institute went in to look at more than 1,200 businesses that had decided to take the plunge and examined what the financial effects might be. They found that the return on investment was astonishing: For every US$1 spent on initiatives such as training staff to waste less food during the production process, or improving inventory management, companies realized a return of US$14 in savings.

Take the example of a prominent Canadian brewery located just outside Ottawa. After hiring an environmental consulting firm, they discovered nearly 10 per cent of their product was going down the drain during the production process. They set about making a handful of recommended improvements, including changes to the brewing and kegging process, and the company saved nearly 400,000 litres of beer.

That same return-on-investment logic should also appeal to even the most hawkish politician. For six years in the United Kingdom, there was a national drive done in collaboration with business to reduce food waste, which ultimately succeeded in shrinking it by 21 per cent. This is a terrific accomplishment and should be celebrated in its own right, but for every £1 ($1.72) that was spent on the campaign, households and local governments saw savings of £250 ($430).

As leaders and executives, we are trained to think about ways to maximize shareholder value – but increasingly, there is an awareness that there’s simply no value to be had in using precious resources such as land and water, all while warming the planet, to produce a billion tonnes of food that ultimately goes to waste. With all of the hunger and hardship in the world, worsened by the COVID-19 pandemic, we must find a better way.

Increasingly, that’s also what consumers expect. In a survey conducted by the Canadian Centre for the Purpose of the Corporation, more than 78 per cent of respondents said they felt Canadian businesses should do more to contribute to the betterment of society – and when asked what the most significant challenge will be, one-quarter said the environment.

How technology is changing agriculture
June 30, 2021 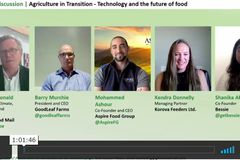 Bringing everyone to the table to shape a national food policy
June 4, 2021 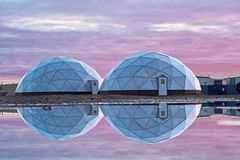 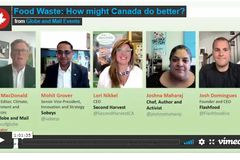