Amanda Munday is the Founder and CEO of The Workaround, a coworking space with childcare in Toronto.

Last week, Ontario Premier Doug Ford caused me and many other parents to panic when he threw the future of full-day kindergarten into question.

“I can tell you that there’s going to be all-day kindergarten next year,” he said, but he made no promise for the year after.

Education Minister Lisa Thompson eased my anxiety slightly when she issued a statement a couple days later saying the Progressive Conservative government is “committed to full-day learning for four- and five-year-olds across the province.”

I’m still skeptical, however, because she did not guarantee that the current kindergarten model would remain unchanged. Why am I panicked? I’m the mother of a four-year-old who is currently in junior kindergarten and a two-year-old who will begin school in a year and a half; full-day kindergarten (FDK) has and will save my family thousands of dollars in childcare costs. I’m also a small-business owner and I know that FDK has enabled many parents, especially women, to re-enter or remain in the work force, boosting the economy and providing stability for employers across the province.

Ontario’s FDK program began rolling out in 2010 alongside elated proponents and fierce critics. But since its full deployment, study after study has demonstrated the benefits for children and families. According to the University of Manitoba’s 2014 research, FDK “is especially beneficial for children of low socioeconomic status or educationally disadvantaged backgrounds.”

For a government that purports to put Ontarians back to work to even consider changes to full-day kindergarten invites pause (and employer heartburn). With average monthly childcare costs at thousands of dollars a child, asking families to find a spot and absorb the fees for half a day of care means some parents would be forced to leave the work force entirely. Plus, job turnover is expensive, especially in a labour market with little room for new human-resource costs. Mid-to-senior level jobs may become vacant, and those positions are hard to fill quickly. How should employers look to recover the cost of retaining and replacing a parental work force?

Beyond the rehiring costs, the removal of full-day kindergarten would negatively impact Ontario’s job numbers – particularly for women, our most common caregivers. The data show that FDK has allowed women, especially single mothers and mothers with only one child, to work more hours. A recent University of Toronto study showed that “mothers with only one child are 8 per cent more likely to work full-time following the implementation of the full-day kindergarten reform, and they work on average 2.6 more hours a week.” And in 2014, the University of Virginia identified “an increase of two to three new hires for every 100 women associated with changes in full-day kindergarten availability.”

We can increase household wealth by supporting mothers who need and want to work, and they will make a positive contribution to our economy. Although some economists have suggested a looming recession, the Bank of Canada said last week that it expects the economic outlook to improve after a recent “detour." An active maternal labour force is a lever we can hold steady to keep our economy thriving.

While Mr. Ford and Ms. Thompson mentioned Ontario’s deficit and the government’s responsibility to taxpayers when they mused about changes to FDK last week, there’s plenty of evidence to show that supporting full-day kindergarten should be considered a fiscally responsible strategy. Given the priority placed on play-based learning in kindergarten classrooms, the curriculum can be viewed as an extension of preschool. As U.S. writer Bryce Covert wrote for Vox, Washington’s free preschool program brought women back to work. “The share of mothers with children under the age of five who participated in the labour force – who were either employed or actively looking for work – increased about 12 per cent, to 76.4 per cent.” Keep the kids in school to keep the jobs numbers up.

Whatever the Ontario government ultimately decides to do, it’s worth reminding business leaders across Canada that the more flexible options we provide to our employees, including affordable childcare and remote work, the more our income statements benefit. With an economy unsteadily pushing forward, we simply cannot afford to have education move backward. 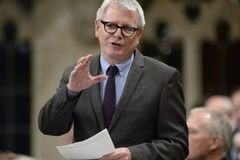 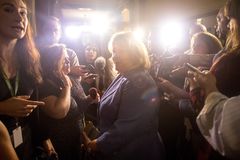