There was a surreal moment last week when the business community issued an urgent call to action for the G20 to transform the global economy to create “inclusive growth.”

Corporate A-listers, including the chief executives of energy company Total, global payments giant Mastercard and Standard Chartered bank, made that appeal at the B20 Summit. The two-day event was designed to give the private sector a voice at the Group of 20, a multilateral organization whose members represent about 80 per cent of the world’s economic activity.

With the COVID-19 pandemic top of mind for business leaders, the B20 issued 25 policy recommendations on topics ranging from gender discrimination to climate change to trade. If enacted, their proposals would certainly breathe new life into the global economy.

But their expectation the G20 would somehow spring into action wasn’t rooted in reality. Considering the G20′s lack of leadership during this crisis, it’s doubtful the multilateral organization will make real progress on solving any of those pressing problems.

Not only is the G20′s rotating presidency currently held by Saudi Arabia, a repressive regime that’s responsible for the oil price war that devastated the global energy industry earlier this year, but the international economic forum has so far bungled its response to the pandemic and economic crisis.

Instead of leading a co-ordinated fiscal response from the get-go, Saudi Arabia had to be pushed by other countries to convene a virtual G20 Summit back in March. Some member countries, meanwhile, have spent less on fiscal stimulus (as a percentage of GDP) than they did during the financial crisis of 2007-2008, fuelling criticism of the G20′s leadership.

Much like other international organizations, the G20 is facing an existential crisis because of a lack of global co-operation. International bodies are becoming increasingly ineffective as countries including the United States, China, Saudi Arabia and Russia abandon multilateralism.

“We have a lot of institutions that are badly eroded, like the WTO [World Trade Organization], like the World Health Organization, like NATO,” said Ian Bremmer, president and founder of Eurasia Group, a political risk consultancy, in an interview for The Globe and Mail’s Restoring Confidence podcast.

“They need either deep structural reform or complete remaking because at the time the institutions were created by the United States, we had a global order that looked very different than it does today.”

Reforming these multilateral organizations ought to be a top priority for the next U.S. president, Mr. Bremmer said, adding the United States will have to drive that change with its allies and perhaps even its antagonists.

American leadership is desperately needed to rehabilitate those international organizations – and not just because of the country’s political and economic might. The fact is, the U.S. is responsible for undermining the legitimacy of those organizations in recent years.

U.S. President Donald Trump, an unrepentant isolationist, has consistently assailed multilateralism since being elected in 2016. He defunded the World Health Organization in the middle of a global pandemic and has marked antipathy for the World Trade Organization and the International Criminal Court. He’s also called the North Atlantic Treaty Organization “obsolete” and sowed division within the military alliance by threatening the use of trade reprisals against members, including Canada, that he deems “delinquent” on defence spending.

There’s no doubt that Democratic presidential candidate Joe Biden, the apparent front-runner in Tuesday’s vote, is the world’s best shot at repairing multilateral organizations and restoring some semblance of global leadership.

Mr. Biden is vowing to strengthen NATO to keep Russia in check, and recently lauded the military alliance’s efforts to de-escalate tensions between Turkey and Greece. He’s also promising to repair relations with European allies and rejoin the Paris Agreement on climate change.

But Mr. Bremmer said the U.S. needs to address other areas as well.

“I want the American President to start focusing on big strategic issues that will set up our world order to function more effectively for the next generation or two,” he said.

NATO, for instance, could be reconstructed with a new membership roster that excludes Italy, Turkey and East European countries, but includes Japan, Australia and South Korea, he said.

The WTO should be similarly modernized to focus on the 21st-century economy, while the WHO needs “teeth” to be effective during a global pandemic. As Mr. Bremmer explains: “The World Health Organization is a weak organization. But that’s by design.”

An overhaul of the United Nations Security Council, to include Germany and Japan as permanent members, is also in order.

“Germany and Japan are not permanent members. Why not? Because they lost World War Two. That’s a stupid reason,” Mr. Bremmer said.

“These are the two largest economies in the world today that fully support the rule of law and multilateralism. And they want to work more closely with the United States. And we keep them out because we can’t reform the institutions. Ridiculous!”

Mr. Bremmer is right. Let’s hope the next U.S. president shows such bold leadership on the international stage and that U.S. allies support the effort.

Still, multilateral organizations can’t be properly reformed unless member countries are honest about what ails them.

The G20, for instance, sabotaged its own legitimacy. As it preached the virtues of international co-operation at the G20, Saudi Arabia simultaneously wreaked widespread economic destruction on the rest of the world, including Canada.

Multilateral organizations are doomed if countries continue to be feckless about members who go rogue. The global economic recovery is dependent on a rules-based international order, not empty talk about shared prosperity.

Opinion
Small businesses are in desperate need of a lifeline
Subscriber content
October 28, 2020 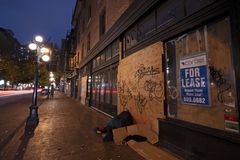 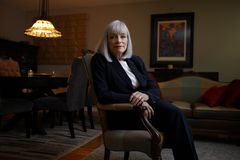 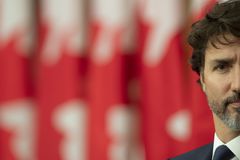