Glen Hodgson is fellow-in-residence at the C.D. Howe Institute

Remember when some concerned energy analysts predicted there was an imminent limit to global oil supply? It’s now obvious there was no “peak oil” on the supply side; the world has hundreds of years of available oil supply. However, a peak in global oil demand is within sight and could be reached by the mid-2030s, if not sooner.

The supply-side analysis of peak oil was wrong-headed for two key reasons. First, it did not reflect the massive stocks of non-conventional oil, such as that embedded in porous rock and in Canada’s oil sands. Second, and more importantly, supply-side analysis severely underestimated the capacity of the oil industry to innovate and find ways to access these non-conventional sources of oil by developing new extraction technologies, such as fracking and in-situ production.

Credible economic forecasting and analysis is challenging at the best of times and becomes even harder when underlying structures are in rapid transition. Climate change has of course added a further level of complexity to forecasting as the global economy scrambles to adapt and reduce greenhouse gas (GHG) emissions without throttling economic growth.

How we use and produce energy is a critical factor in this new forecasting reality. Projecting when demand for oil and other high-emission energy sources will plateau and then begin to decline is a central factor shaping the outlook for GHG emissions, and whether average temperature increases will be limited to less than 2 C above preindustrial levels – a key tenet of the Paris Agreement. This is a central question in today’s peak oil debate.

Energy forecasts are evolving quickly. The International Energy Agency’s 2018 energy forecast projected that global oil demand would grow slowly and steadily to 2040 and beyond. However, that forecast was not consistent with the GHG targets embedded in the Paris Agreement. It’s worth noting the IEA also projected coal consumption would plateau in 2020. Coal has the highest GHG emissions intensity of wide-scale energy sources; it is being crowded out by cheaper natural gas as a feedstock for thermal electricity production. Anecdotal evidence supports the view that peak global demand for coal is already being reached. Decisions in power-hungry China, India and other emerging markets about whether to proceed with construction of new coal thermal capacity will be a major influence on future demand for coal.

However, more recent forecasts from industry, government and think tanks suggest that peak oil demand is also in sight. One insightful forecast is from BP PLC, which has produced a detailed 2019 energy outlook with in-depth analysis of global energy demand by sector and region. All demand growth for oil is in emerging markets, principally in China and India. Renewables have quickly become price competitive and, along with natural gas, are projected to meet up to 85 per cent of the growth in global energy demand over the next two decades.

For the oil sector, BP has developed no less than seven scenarios, which demonstrates the degree of uncertainty in forecasting energy use in the years ahead. Arguably, the most likely pathway is called the “ongoing transition” scenario, in which global oil demand reaches a plateau in the late 2030s at around 105 million barrels a day (b/d), compared with current global oil demand of around 100 million b/d. In comparison, under the “rapid transition” scenario, oil demand reaches a plateau in the mid-2020s and then declines sharply to around 80 million b/d by 2040.

A longer-term perspective has been provided by Royal Dutch Shell PLC in its “Sky” scenario, which illustrates a technically possible but challenging pathway that is consistent with achieving the goals of the Paris Agreement. The Sky scenario includes detailed energy projections to 2070, when net-zero global emissions are attained through profound changes to the global economy and energy system. Direct fossil fuel combustion (such as gasoline for mobility) is replaced entirely by electrification. By 2070, the electricity sector is nearly five times its size in 2017, exceeding 50 per cent of end-use energy consumption.

The Sky scenario projects global oil demand to peak in the 2030s and then begin to decline. Yet while fossil fuels are steadily removed from power generation, oil continues to be widely used as an industrial production input. Oil demand and production are projected to be 50 million b/d by 2070, half current levels.

These various scenarios have numerous implications for the Canadian oil economy. Oil will remain in demand for decades to come, but these projections from major players in the oil industry indicate global oil demand will reach a plateau and then decline over the coming decades – the new peak oil. New pipeline capacity would enhance access to global markets for Canadian producers, with the prospect of better prices, but rising global demand for oil is not open-ended. The fight for market share will intensify as oil demand reaches a plateau.

In today’s turbulent environment, it makes good sense to use multiple scenarios for business and policy planning at all stages of the oil value chain – including production from existing oil assets, asset valuation, exploration and development, new investment, and access to capital. Peak oil demand is in sight and Canadian businesses and governments should be preparing for that eventuality. 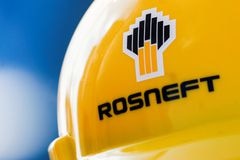 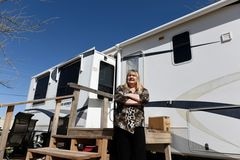