Eric RegulyEuropean bureau chief
Rome
Published May 1, 2020 Updated May 1, 2020
For Subscribers
Comments
Please log in to listen to this story. Also available in French and Mandarin. Log In Create Free Account

They’re at it again. A dozen years after bank, insurer and auto bosses lined up for hundreds of billions of dollars, pounds and euros in bailouts, a new breed of bosses is doing the same. Everyone wants a slug of taxpayer money to keep their companies alive as the coronavirus crisis empties passenger jets, cruise ships, shopping malls, auto dealerships, hotels, restaurants and other businesses. Even hedge fund bosses and oil barons are forming a line at the trough.

The Western world is in deep recession, possibly depression, three months after COVID-19 travelled from China to Europe, North America and much of the rest of the world. No company is immune to the disease; many are laying off employees and some are going bankrupt, though a few, such as Amazon and the gold companies, are thriving.

Governments would be wise to treat corporate bailouts with suspicion and reject most, but certainly not all. Bail out the people, not the companies. There is not enough money in the world to keep hospitals going and provide income support for the suddenly jobless, while funnelling fortunes to companies whose sales have fallen off a cliff. In the United States alone, more than 30 million Americans have filed for unemployment benefits in the past six weeks, with more to come in May.

Here’s a list of questions that governments might ask before handing over cheques with a lot of zeroes on them to corporate bosses:

Is the company doing the begging providing an essential service?

It would be hard for most companies to make the case that civilization would collapse without them. Hospitals, schools and universities, defence and public transportation are certainly all essential services. You could make the case that pharmaceuticals companies and banks are, too (banks were the main bailout beneficiaries from the 2008 financial collapse and some remain partly owned by the government, such as Royal Bank of Scotland). But a hedge fund? Restaurant chains and housing developers? Airlines?

Would a bailout create zombie companies that should have been put out of their misery?

The U.S. oil industry and airlines, to take but two examples, are businesses begging for bailouts. Oil prices have collapsed, especially in the American market, where prices for the benchmark crude, West Texas Intermediate, turned negative last month because there wasn’t enough storage space for the glut of oil that no one wanted. On Friday, WTI contracts were trading at US$20 a barrel, a price too low to prevent a crisis among the shale oil producers.

The solution is not to throw money at them to keep them pumping. These companies need to cut costs and restructure their mountains of high-cost junk bond debt. Some should be allowed to die; others should get absorbed into bigger, healthier oil groups. The point being, we don’t need their oil and the oil is not going to rot in the ground if we don’t hand them taxpayer-funded bailouts to keep them alive.

Ditto with the airlines. Richard Branson, the billionaire, tax-exiled British tycoon – he lives in the British Virgin Islands – wants the British government to hand him £500-million to keep his Virgin Atlantic airline alive. But the airline was in trouble even before the novel coronavirus grounded its jets. It has lost money in five of the past seven years. So why bail it out and create a flying zombie? Virgin’s landing slots and aircraft have some value. If air capacity is needed, these assets will be bought and put to use by another entrepreneur.

Why reward bosses who didn’t take care of their companies and employees before the crisis?

Many company bosses in the United States, Canada and Britain in recent decades have tended to run their companies with one target in mind – shareholder value. Fuelled with cheap loans, they concentrated on running up debt to fund share buybacks (a legal form of stock manipulation) and increasing dividends. They made sure employee wage increases were kept to a minimum. They used armies of lawyers to find the most efficient tax structures, that is, setting up layers of holding companies in tax havens.

The share buybacks were obscene. In the past decade, the biggest U.S. airlines spent 96 per cent of their free cash flow on buybacks, leaving no cushion to protect their businesses if the cycle turned against them, which it inevitably would. They were not alone. Since 2012, the S&P 500 companies have spent an astonishing US$4.6-trillion on buybacks, which is more than the GDP of Germany. The question: Do companies that were run like hedge funds deserve bailout money?

What conditions should be placed on companies that do receive bailouts?

Some bailouts are inevitable, but they should come with severe conditions. Any company taking taxpayer loot should end share buybacks and executive bonuses. If the companies are based offshore to avoid taxes, they should agree to move their legal headquarters back to the country whose government is supporting them. If they can’t afford to pay back government loans, they should be nationalized, as some of the banks were in the financial crisis, and returned to private investor ownership when their businesses are healthy again. 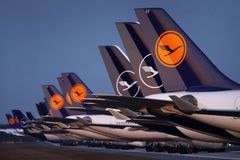 Opinion
Why corporate bailouts are about to become a very good thing
March 24, 2020 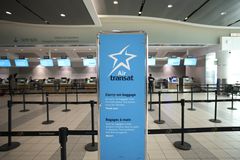 A decade on, and the banking bailouts still fuel the rise of global populism
Subscriber content
September 7, 2018 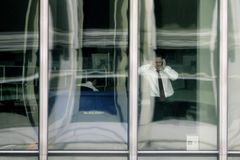