Coronavirus information
The Zero Canada Project provides resources to help you make the most of staying home.
Visit the hub
Mostafa Askari, Sahir Khan and Kevin Page
Contributed to The Globe and Mail
Published May 22, 2020 Updated May 22, 2020
Comments
Please log in to listen to this story. Also available in French and Mandarin. Log In Create Free Account

Mostafa Askari is chief economist of the Institute of Fiscal Studies and Democracy, University of Ottawa. Sahir Khan is vice-president of the institute and Kevin Page is president and CEO.

Mahatma Gandhi said “means are ends in the making.” The federal government is using the credit card of future taxpayers as the means to address COVID-19. In the end, Canada will have more debt, but we should remain fiscally sustainable. A healthier population and improved prospects for economic recovery come at a cost worth paying.

The coronavirus pandemic has caused unprecedented economic disruption. The significant health threat and the risk that health care systems could be overwhelmed forced governments to close most businesses and impose physical-distancing measures. As a result, a record number of people have lost their jobs and many businesses, small and large, have faced financial difficulties.

The Government of Canada has so far announced more than $150-billion in direct payments to individuals and wage subsidies to businesses that qualify for the assistance. This is equal to 7.5 per cent of GDP, or about $4,200 for every child and adult in Canada.

This unprecedented increase in government spending was approved by Parliament by unanimous consent. The government and the Bank of Canada have also provided more than $500-billion in liquidity support to ensure that financial markets and institutions will continue to function and make sufficient credit available to individuals and businesses.

There is general consensus that the government has acted appropriately, although there may be debates over the size of the financial assistance and the way it has been distributed.

Some commentators and opposition members of Parliament have raised concerns that this substantial increase in government spending and debt will place Canada in a precarious fiscal situation. In other words, they are concerned that federal finances will be unsustainable. We believe that these concerns are unwarranted, unless the federal government drastically changes the structure of its program spending in the post-COVID-19 era.

Before the current crisis, the federal government was running a modest budget deficit of about 1 per cent of GDP and a debt-to-GDP ratio of about 31 per cent. The Parliamentary Budget Officer estimated that the federal fiscal structure was sustainable in the long run with substantial fiscal room.

On April 30, the PBO presented a COVID-19 economic/fiscal scenario that showed a sharp drop in real economic activity of 12 per cent, a budget deficit of $252-billion and a debt-to-GDP ratio of 48 per cent in 2020.

Will such a sharp deterioration in federal finances make the fiscal structure unsustainable, leading the debt-to GDP ratio to rise continuously in the long run? Not likely.

First, about 60 per cent of the estimated deficit is due to temporary support measures, which will be unwound once the COVID-19 threat is eliminated and the economy fully reopens.

Second, about 30 per cent of the deficit is cyclical, reflecting the sharp decline in economic activity. Once the economy recovers and approaches its trend level, the cyclical component will be gradually eliminated.

Third, major spending programs at the federal level are either growing in line with the growth rate in nominal GDP (e.g., Canada Health Transfer and Equalization) or lower than that (e.g., federal social transfers and children’s benefits). This means that it is unlikely to see total government program spending increase faster than GDP growth over time, allowing the primary balance (revenues minus program spending) to return to positive territory.

Even if the primary budget balance stays negative for a few years, the debt-to-GDP ratio should stabilize or decline in the long run as long as the federal borrowing rate stays below the growth rate of nominal GDP.

Given the depth of the current recession, the government will need to introduce a fiscal stimulus package after the unwinding of the current COVID-19 support measures, to help the economy recover faster toward its trend level of activity. Such a package must be targeted and temporary. It must be targeted to achieve the largest possible boost in the economy and it must be temporary to reduce the risk of facing an unsustainable fiscal situation.

While we are observing a record-level increase in debt and deficit in the short run in response to the COVID-19 crisis, the government has the option to manage its fiscal affairs in a way that will maintain fiscal sustainability in the long run.

“The means are ends in the making.” Higher debt but a healthier population and improved prospects for economic recovery.

With consumers weighed down by debt, Ottawa will be left to lift economy
Subscriber content
May 22, 2020 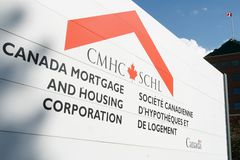 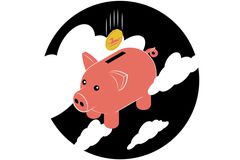 Anyone eligible for the Old Age Security pension, even high-income individuals, will get the emergency benefit of $300
Subscriber content
May 17, 2020 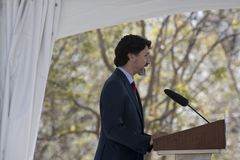