David Clement is the North American affairs manager at the Consumer Choice Center.

Just this week, Health Canada announced that it would be making significant changes to the process for approving licensed producer (LP) applications. Specifically, it stated that all new applications will have to have a fully built and regulatory compliant facility at the time of their application. Health Canada has justified the move by citing that 70 per cent of preapproved applications have not ended up having their production site built and compliant with current production regulations. This change is incredibly problematic for the cannabis industry, and more importantly, for cannabis consumers nationwide.

The first issue with this policy change is that it will make it significantly harder for new producers to enter into the cannabis market. Now, because of the change, entrepreneurs and firms looking to enter the market will have to get financing without any indication from government that they will be approved. From a financing side, this makes investment into new cannabis firms extremely risky, with the potential for millions in sunk costs if an applicant doesn’t get approved after already building a fully compliant facility. This will drastically increase upfront costs for those who do enter the market, and those costs ultimately end up getting paid by consumers via higher prices.

The second issue with the change is that by adding more red-tape into the production process, Health Canada is actively limiting supply. Supply issues have been a dark cloud over Canada’s legalization process, and this change will only make that worse. As consumers, we want a free and fair market with appropriate access. This is important because appropriate access and product availability is what will help shift consumers away from the black market. Making it harder for new producers to get approved is yet another example of federal policy tying the hands of the legal market. If the legal market cannot properly compete with the illegal market, it is naive to think that consumers will shift their purchasing behaviours.

The third reason why this policy change is misguided is that it demonstrates a complete and utter lack of self-reflection on the part of federal regulators. One of the biggest issues with Canada’s legal market is that the regulations, for the most part, have not changed since the medical cannabis industry was formalized under the Harper government. When his former Conservative government had to deal with the reality of medical cannabis, they created a regulatory framework that mirrored how pharmaceutical products are produced. Those regulations were over-the-top and heavy-handed then, which makes them downright ridiculous now in the context of recreational production and use.

Unfortunately, the federal Liberal government never picked up on those regulatory mistakes. In fact, their own release on this policy change justifies the change because it brings cannabis production regulations more in line with pharmaceutical regulations. It is baffling that in the face of supply issues, and a prevalent black market, the Trudeau government has decided to further cement Stephen Harper’s mistakes.

The final issue with this change is that the proposed solution does nothing to address the problem that Health Canada was trying to fix. If Health Canada has an issue with the amount of preapproved applicants who end up with approved production sites, then they should address the hurdles these applicants are facing that prevent them from being build-ready. The solution here would be to liberalize the production regulations so that these paper-reviewed applicants can get to the production stage as soon as possible. Instead of going the route of liberalizing, Health Canada has doubled down on red tape, which benefits nobody.

All of this stems from the fact that the federal government has never really known how to properly regulate cannabis. When it comes to production, all the federal government would need to do to help solve these issues would be to have production regulations that mirror how breweries, distilleries, and wineries are regulated. Or, better yet, the government could simply apply food-grade production restrictions on legal cannabis. Simple changes in production regulations, as opposed to more red-tape, would go a long way to creating a more dynamic and responsive cannabis market here in Canada, one that best serves the needs of patients and consumers, while stamping out the black market.

Health Canada reduces waiting period for blood donation for men who have sex with men
May 8, 2019 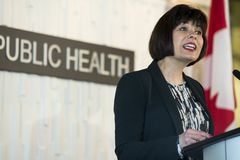 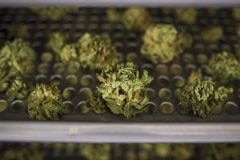 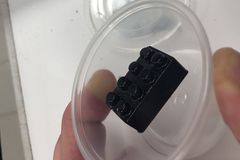