Investors are unearthing value in a most unfamiliar place: the Canadian oil industry.

Yes, that industry, its prospects long shrouded in political and regulatory fog, endless struggles to add export capacity and weak domestic prices for its products.

Interest looks to be returning, albeit gingerly, after a long period in which major institutional investors in Canada and abroad took a pass.

In the meantime, Wall Street has tightened its purse strings on U.S. shale-oil producers, which Canada’s energy sector has watched with envy as they drilled up a storm and became major rival exporters.

Canada’s energy problems have not vanished, not by a long shot, but several factors are combining to lure value hunters. They include improved commodity prices and a recognition that many companies are operating with such lean financial structures after five years of downturn that they stand to profit handsomely from any improvement.

In the past year, oil and gas companies on the Toronto Stock Exchange have climbed 16 per cent, and momentum has picked up in the past two months. The S&P/TSX Capped Energy Index has easily outpaced the U.S. energy-company index, which is down 1.7 per cent on the year.

Nearly all of the companies have logged their increases despite a dearth of deal making in the forms of mergers, acquisitions and raising capital. This has been the sector’s lot for at least two years. Producers that made large acquisitions were punished by investors. There has been precious little appetite for new equity to finance expansion in an uncertain market.

The exception to the stick-to-your-knitting rule is Tourmaline. Investors have responded enthusiastically to its move to spin off assets into a royalty and energy infrastructure company worth $775-million, with plans to take it public.

Of course, stocks in many cases are still selling for less than half what they were before the oil price crash in early 2014. But now, with oil and gas prices edging up, companies are set to take advantage of the cost-cutting and debt-reduction they had been forced to undertake to survive. Production costs are well below what they were five years ago.

U.S. benchmark crude oil is up 10 per cent in the past two months, partly on expectations that the global economy will benefit from what appears to be an end to the U.S.-China trade war.

Western Canadian Select heavy oil has maintained a relatively healthy price differential to West Texas Intermediate, and sold this week for US$39.05 a barrel, according to NE2 Group, compared with an average of US$25.66 in the fourth quarter of 2018.

Canadian natural gas has held at more than $2 a gigajoule after a summer when its value fell to zero at times because of tight pipeline capacity.

Longer term, the country’s pipeline tangle may be loosening with the Trans Mountain pipeline expansion between Alberta and the Pacific Coast now under construction. To be sure, there remains an appeal by Indigenous groups before the court that could stall the project yet again.

There is also the chance that Enbridge’s stalled Line 3 pipeline replacement could be moving toward completion after a recent positive environmental assessment by the Minnesota Department of Commerce. The regulatory process is still under way, but a go-ahead would vastly expand space to send Canada’s crude to the key U.S. Midwest market.

All of this is happening as U.S. producers, which had been stock-market darlings, deal with a massive drop in investment capital as oil-field production performance slips. The sector raised US$1.3-billion in share offerings this year, its lowest since 2006, Bloomberg reported.

Goldman Sachs said in a recent report that shale oil production, which has lifted the United States to top spot among global oil producers, could slow down considerably in coming years as well productivity declines

With its balance sheets tailored for tough times and production relatively stable and predictable, the Canadian oil patch could well be the beneficiary of some of that energy investment seeking new targets. 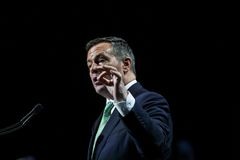 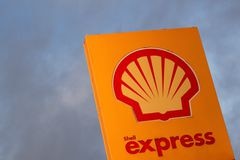 A strategic approach for investing in the downtrodden oil and gas sector
Globe Advisor content
September 12, 2019 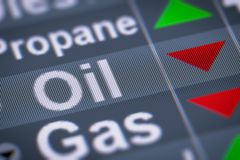