Ruth Porat is the senior vice-president and chief financial officer for Alphabet and Google.

Aamir Baig was an entrepreneur with a big idea: to build a company that reimagines how customers furnish their homes and workplaces. With Fraser Hall and brothers Sam and Andy Prochazka, Mr. Baig co-founded the furniture retailer Article. They then turned to digital advertising services to find new customers across Canada and the U.S. and drive growth. Thanks to digital technologies, the Vancouver-based company has built a rapidly expanding business in just six years and is now one of Canada’s fastest-growing companies.

The transition to digital reflects incredible momentum for Canadian businesses leveraging data and online technologies. But there’s still room to grow. And now more than ever, it’s important for companies and countries alike to invest in digital training to ensure businesses have skilled resources in place to accommodate future growth.

Canada’s digital economy generates some $100-billion in annual revenue, more than the forestry, mining and gas industries combined. The internet addresses many of the traditional economic challenges that a country of Canada’s vast size once faced – a population the size of California’s spread over a huge land mass. The open web helps solve the problems of distance and lack of population density, and allows a company of any size or individual creator in Canada to become a global business that reaches customers across the planet. Perhaps it’s not surprising that Canada’s 160,000 YouTube creators see 90 per cent of their views come from outside Canada’s borders.

Forward-looking companies need to keep up with the digital expansion in Canada’s economy. Google has gone from one salesperson in Toronto, back in 2001, to 1,500 employees today – including engineers, sales leaders and artificial-intelligence researchers – helping generate billions in annual economic activity for more than 500,000 businesses in Canada. It’s why we are building three more offices in Toronto, Montreal and Waterloo, to accommodate as many as 5,000 employees.

Sustaining this kind of economic growth hinges on supporting the changing skills of workers today. Canada’s investments in technological research – spearheaded by facilities such as MILA in Montreal and Toronto’s Vector Institute – coupled with its consistent welcoming of global talent, reflect a commitment to address these challenges. We’re also seeing organizations such as NPower Canada (funded by Google and other corporations) launch underserved young adults into meaningful and sustainable careers by stepping in to provide technical training for Canadians looking to learn in-demand skills.

Just as we need governments and non-profits to invest in digital skills and STEM education, every business also has the potential to be a training ground for future workers. We see this first-hand when we run programs such as Grow with Google that offer new enterprises – perhaps Canada’s next Aamir Baig – the digital know-how to start a business online and participate in the prosperity of Canada’s digital economy.

To maintain its momentum, Canada must not lose sight of its most valuable resource. With digital expansion comes the need to equip the next generation of workers with the right skills. And both government and business play a role here. Google is proud of its contribution to Canada’s digital moment, but we know the best is yet to come. With a work force trained to seize the opportunities of the digital economy, Canada is poised for growth. 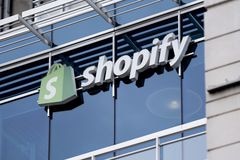