I spent a morning with Charles Schwab, years ago, at a conference in Arizona’s Biltmore Hotel.

I mention the setting because the Biltmore is where American business leaders gather to tell each other how smart they are, while working on their tans. NFL owners meet here on a regular basis. The place reeks of power – a smell that combines leather furniture and bourbon. Against this backdrop, Mr. Schwab explained why it would be a mistake for Toronto-Dominion Bank to go toe to toe with his discount brokerage firm – previewing a battle that would play out 16 years later with Charles Schwab Corp.’s takeover deal for TD Ameritrade Holding Corp., which was sealed on Monday.

Mr. Schwab, founder and chairman of the firm that bears his name, came on strong. He was supremely confident. Mr. Schwab’s US$8-billion-plus fortune is entirely self-made. He overcame significant obstacles, including court battles, to build a market leader in the face of intense competition from established Wall Street firms. He’s got dyslexia. He’s brilliant at math, and earned two degrees from Stanford, but only got through high school English by reading comic-book versions of classic novels. The guy is determined.

Our meeting played out in 2003, when TD was in the midst of a should-I-stay-or-should-I-go review of its U.S. brokerage. Mr. Schwab proposed a simple solution. He said that as the “fourth or fifth horse in a five-horse race,” TD should sell. He made it clear that, as the market leader, Schwab was willing to spend whatever it took on marketing, talent and technology to bury rivals.

In Mr. Schwab’s opinion, TD was better off putting its capital to work in its core markets, retail and commercial banking. At the time, TD’s U.S. brokerage unit was worth about US$1.5-billion. Mr. Schwab said: “We would love to buy it.”

Boxer Muhammad Ali had a line: It ain’t bragging if you can back it up. Mr. Schwab’s slightly arrogant approach sums up how his company approached a showdown this fall with rival TD Ameritrade and TD, which owns 43 per cent of the online brokerage.

In the past two months, Charles Schwab Corp. landed a one-two combination of punches that forced a long-time rival into its arms. The first shot, delivered in early October, saw Schwab cut stock-trading commissions to zero. It was a client-friendly move that peers were forced to match.

Schwab could afford to take this seemingly drastic step because in recent years the platform migrated away from trading as a core business, opting instead to focus on earning fees for managing portfolios. Trading represents just 7 per cent of Schwab’s revenues, compared to 33 per cent of TD Ameritrade’s top line. When TD Ameritrade slashed trading fees in October, its stock price dropped by 26 per cent.

That decline left TD Ameritrade vulnerable to a second punch. Schwab made an aggressive bid, pitched at 17 per cent above TD Ameritrade’s suddenly reduced share price. The threat was clear: Sell, or engage in a scorched-earth price war. Schwab effectively landed its biggest rival this week without paying a takeover premium. Analyst Sumit Malhotra at Scotiabank said: “Though Schwab has executed a brilliant game plan in the past two months, we think this transaction provides TD with a low-risk path forward.” That feels like faint praise.

For all Mr. Schwab’s talk of backing the fourth or fifth horse, TD acquitted itself admirably south of the border. Over three decades, the bank turned a US$525-million investment into a business that is now worth US$13-billion, and the clear No. 2 player in the field. If this deal closes as expected late next year, TD will emerge with a 13-per-cent stake in Schwab. Over the next three years, the combined companies are expected to slash costs, creating up to $6-billion in additional value for the Canadian bank.

The U.S. market has always been the land of opportunity for Canadian banks, which are locked into an oligopoly at home. TD built something special in its online brokerage, forging a national platform that added $900-million a year to the bank’s profits. Monday’s sale of TD Ameritrade ensures the bank still has a stake in the market. But an era is ending. After long defying a bigger, more powerful opponent, TD was forced to throw in the towel.

Opinion
TD CEO Bharat Masrani knows when to hold, or fold, when the stakes are high
Subscriber content
November 25, 2019 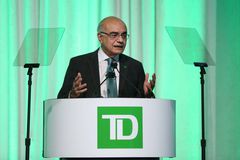 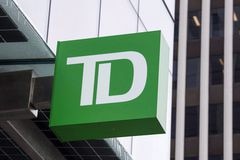 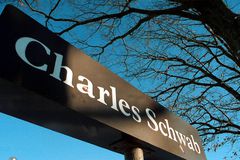