Anita Anand knows what it’s like to be overlooked for a seat on a public company’s board despite having stellar credentials.

Before becoming Minister of Public Services and Procurement last year, Ms. Anand, who is a lawyer and an academic, made a name for herself as an expert in corporate governance. Although she was armed with that expertise – not to mention four university degrees, a slew of awards and non-profit board experience – Ms. Anand still had trouble securing a seat on a corporate board.

“I felt that I was qualified to be on a board, but I had difficulty getting on the board of a public company," Ms. Anand told the Governance Professionals of Canada’s annual conference.

Ms. Anand, who stepped down from the boards of Diversified Royalty Corp. and Economic Investment Trust Ltd. after becoming a politician, is far from alone. Her story, like those of many others, exposes the barriers facing women and Black people, Indigenous people and people of colour, or BIPOC, in the upper echelons of the corporate world.

Companies often complain they don’t know where to find women and BIPOC candidates. It’s curious because there’s no shortage of qualified contenders. The problem isn’t that diverse aspirants lack credentials or relevant experience, it’s that they’re excluded because of nebulous notions of who fits, and who doesn’t, in the boardroom.

Women, for instance, occupied just 17 per cent of the board seats at companies listed on the Toronto Stock Exchange in 2019, according to the Ontario Securities Commission. A separate analysis published this month by law firm Osler, Hoskin & Harcourt LLP found there are “few visible minorities” and that Indigenous peoples and persons with disabilities are “largely absent” from public company boards.

A big part of the problem is that companies aren’t required to have diversity policies or targets. That’s why Ontario’s Capital Markets Modernization Taskforce is recommending the province create new rules to require TSX-listed companies to set diversity targets for their boards – even floating the suggestion that 40 per cent women and 20 per cent BIPOC should be the floor.

The federal government, meanwhile, has already made it mandatory for companies subject to the Canada Business Corporations Act to disclose information about the diversity of their boards and senior management teams to investors. It plans similar requirements for major banks.

But as Ms. Anand rightly points out, true change will not come from legislation alone. What’s really needed is a shift in corporate culture so that diverse candidates are given a fair shot at those roles.

So how can companies improve diversity at the boardroom table? Nomination committee members can start by looking for potential candidates outside of their own social circles. That includes scouting non-profit boards and the Directors Education program, Ms. Anand said.

In order to infuse boards with fresh blood, she recommends that companies use staggered term limits for directors.

Corporate Canada, meanwhile, needs to get over its fixation with recruiting current and former chief executive officers to fill board seats. It’s a flawed approach because CEOs tend to be generalists, while directors must be specialists to provide oversight.

“CEOs are not like LeBron James, who can take his basketball skills and improve any team he plays on,” Steven Clifford, a former CEO and director, and author of the 2017 book The CEO Pay Machine, told me this year.

Diversity on boards isn’t about altruism. It’s about revenue growth, risk management and keeping management in check. Case in point: Mining giant Rio Tinto PLC’s destruction of a 46,000-year-old Indigenous site in Australia enraged shareholders and prompted the resignation of its CEO and two senior executives.

This particular lesson should be top of mind for Canadian natural resource companies, said Brenda LaRose, head of Leaders International Executive Search’s national diversity and Indigenous board practice and a Métis Anishinaabe citizen. Her database of Indigenous professionals includes candidates with numerous degrees.

“There’s no excuse for not having Indigenous people on boards any more," said Ms. LaRose. "We’re more than qualified.”

For her part, Ms. LaRose cites Suncor Energy Inc. as an example of a company that’s succeeding at Indigenous relations. That’s in part because Suncor has had an Indigenous person on its board for 20 years. (Suncor director Mel Benson is a member of Alberta’s Beaver Lake Cree Nation.)

“It behooves corporations to engage with us and they can do that by having a voice at the boardroom table and also on the executive,” Ms. LaRose said.

Let’s get down to brass tacks. The old boys' club thrives because of privilege, preening and protectionism. It’s time for Corporate Canada to stop pretending that it’s all about merit. 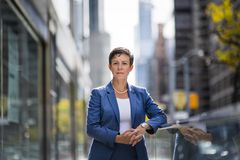 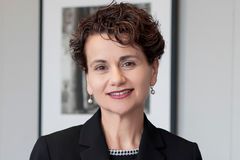 Opinion
This Thanksgiving, let’s acknowledge the talent and richness of Black communities across Canada
October 11, 2020