When economists discuss inequality, it is often in the context of income differentials. However, there’s a more nuanced concept when we explore the intersection of job opportunities and their location. What if high-skilled jobs and their employers become concentrated within a handful of cities, driving up the cost of living and pushing out people and firms at the lower end of the skills spectrum? The rich cities get richer, and the poor cities get poorer; and firms’ location decisions become a defining factor to inequality.

Such a world already exists in the United States, which has become characterized by the rising dichotomy of thriving locations and left-behind places. New York and San Francisco, for example, have captured the spoils of employers at the expense of cities such as Cleveland and Kansas City. It’s a condition that has been exacerbated by the new winner-takes-all era of the digital economy.

Within Canada, the income gap between cities is not as extreme, but a digital-divide foundation exists. Our past has been marked by a less mature digital presence than our southern counterpart, coupled with robust growth in the goods producing sector that transplanted middle-income wages into less affluent cities. But, the past few years have taught us that the future may not look like the past, particularly when it comes to a goods sector that has been dominated by energy production and construction. Jobs in the digital economy are now the growth drivers, attracting high-paying employers across various industries into just a handful of cities.

This next decade will test Canada’s ability to limit regional inequality. Since the 2008 financial crisis, four of the largest metropolitan areas accounted for 42 per cent of employment, up from 39 per cent previously. All this share has been gained at the expense of less affluent cities.

Narrowing the lens to just the Canadian tech industry, jobs are clustering in fewer locations compared with the United States. Roughly 70 per cent of digital services jobs are in just five cities (Toronto, Montreal, Vancouver, Ottawa and Calgary), whereas roughly 50 per cent are spread across 10 cities in the United States. Additionally, the benefits of being employed in the tech sector are not evenly distributed. Digital services workers in tech hub cities generally earn more than the average income for those with similar skills located elsewhere in the province, although the differences are not as extreme as those observed in the United States.

A deepening concentration of high-skilled jobs within a handful of cities can carry negative implications for the broader health of our country. In fact, the geographical distribution of lower-skilled jobs is perhaps just as important as their actual numbers and the aim is to get the right mix (high-, mid- and low-skill jobs) to ensure inclusive growth. If lower-skilled jobs become concentrated within a group of cities, it would discourage or drive out employers looking to recruit middle- and higher-skilled workers. The end result would depress aggregate wages for that area, making critical social underpinnings such as infrastructure networks, education and health services less economical to provide.

Policy-makers have already taken steps to counter the effects of regional divergence; however, vigilance is required as Canada’s tech hubs become more rooted. A successful policy will amplify the dynamics of cities that benefit from industry clusters into the reach of periphery regions. These measures could include increased computer literacy courses in primary education to improve the base skill set of the labour force, education partnerships with tech firms to ensure training for in-demand skills and infrastructure investments to better integrate cities in the periphery.

With policies such as these, smaller urban areas are better positioned to attract higher paying industries and higher paid individuals. At a minimum, we may be able to stabilize the forces that cause regional economic disparities with superstar cities, and in the best of cases, potentially lessen the digital divide between regions.

One final point for the fatalists who view digital forces as insurmountable: Canada’s high population concentration along the southern border offers a unique policy advantage over the United States. Roughly 60 per cent of our population resides within a 200-kilometre radius to each of the five emerging superstar central metropolitan areas. This compares with 26 per cent of the U.S. population located within the same distance to their top five digital centres. The net can be cast widely in Canada with targeted strategies. 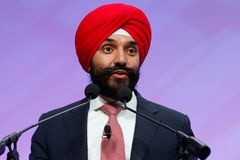 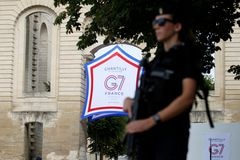