Laurence B. Mussio and Douglas J. Porter
Contributed to The Globe and Mail
Published September 23, 2020 Updated September 23, 2020
Comments
Text Size
Please log in to listen to this story. Also available in French and Mandarin. Log In Create Free Account

Laurence B. Mussio is a senior Canadian business historian and co-founder of the Long Run Initiative (LRI). Doug Porter is chief economist at BMO Financial Group.

Economic and financial crises force us all to think differently. We think about what happened and why. We think of what we have lost and how to adapt: a new normal, a 2.0 version. Crises also force us to look hard at how we think about the world: the tools, the habits of mind, how we protect and how we predict. In finance, the Great Pandemic has come in the guise of the “Great Revealer,” showing the strengths and shortcomings of a key intellectual foundation of corporate and fiscal management: economics.

You could say this article is about how economics, as we know and use it, tested positive for COVID-19 – what the symptoms are and how addressing its pathologies can make for better and more contextually relevant decisions.

Economics is a powerful analytical tool for navigating complex environments and developing strategic foresight. In a crisis, however, we double down on the use of the standard tools and economic models. The doubling down happens because decision makers hope it can bring scientific precision and certainty to their playbooks. Instead, without proper context, it runs the danger of leading decision making astray. What the pandemic experience has shown is that extraordinary times demand something more: mobilizing context and incorporating a longer-run perspective. Economics is critical but represents one or two dials on the leadership dashboard. What was enough “intel” in ordinary time is insufficient in transformational times. A deeper contextual decision-making framework ought to be an outcome of this crisis. The question is: Are our decision-making systems ready?

During the early stages of the pandemic this spring, many economic models were quickly exposed as virtually useless. Models depend heavily on time series: relating predictable past developments. Of course, there was no straightforward precedent for the economic shutdowns that occurred. Neither past pandemics nor financial crises were of much help, not least because institutions did not always examine their experiences in those prior incidents.

Corporate financial projections rely heavily on standard models. They quite simply could not foretell the extent and impact of lockdowns. Instead, “manual override” – basic human judgment – was needed. When would stores reopen or shoppers return to spend? The algorithms had no answer. At the most severe crisis point in the spring, when guidance was most needed, central banks were extremely reluctant to publish official economic forecasts – even with their armies of analysts and economists. The Bank of Canada produced its April Monetary Policy Report with an understandably but astonishingly wide range of estimates. It was a clear example of the limits of economic forecasting.

There is an economics prequel to the pandemic: the Great Financial Crisis of 2008. Half the story is that economists at the Federal Reserve helped to prevent the worst. The other half of that episode is that most economists simply did not see it coming, even in the face of clear historical parallels to previous real estate booms and asset bubbles. As U.S. economist Barry Eichengreen notes in his book Hall of Mirrors: The Great Depression, the Great Recession, and the Uses – and Misuses – of History, others overweighted the supposed lessons of the Great Depression, and that “caused them to overlook how profoundly the financial system had changed.” The reigning economic consensus in the 2000s settled on the “Great Moderation,” where business cycle volatility was thought to be diminished by advances in central banking. Events proved otherwise.

Twelve years later, the pandemic has demonstrated that a renewal of how economics is used in decision making is again in order, that we need to expand our contextual horizons. An update to the definition of the “good economist” in a volatile environment is in order. The profile is not that different from the past: It demands rigorous training and experience. But it also requires a deeper understanding of history, politics and even consumer psychology. This “perspective upgrade” offers the best chance of allowing decision makers to view challenges from the point of view of integrative complexity. Integrative complexity, in turn, offers leaders the best shot at forecasting accuracy.

The measure of the profession

Finally, an issue for anyone engaged with either public policy or corporate strategy is whether the economic data are even reliable in contemporary context. Take gross domestic product as one example. As Cambridge economist Diane Coyle noted in her splendid GDP: A Brief but Affectionate History, GDP is a fabricated measure dating from the aftermath of the Great Depression – “artificial, complicated and abstract.” For all its talismanic power, it is useful but limited.

The pandemic has thrust these weaknesses into the spotlight. How reliable are our measures? The Consumer Price Index (CPI) is a key measure of inflation. Now, even the Bank of Canada is questioning what the CPI is telling us, especially when spending patterns have shifted so dramatically. The Labour Force Survey that measures the unemployment rate has also had credibility issues. The response rate in mid-2020 was 70 per cent. In 2019, it was 87 per cent. In the United States, the Bureau of Labour Statistics suggested that country’s true unemployment rate this spring was more than the reported 14 per cent – and probably up to 6 per cent higher. When even the statisticians don’t totally believe their own figures, how can decision makers rely on the data?

There is another challenge: What are we missing? GDP numbers often disguise technological change, inequality and social disharmony. As Dr. Coyle points out in her book, these measures also do not consider households as part of the productive economy in a time when the boundary between work and home is eroding. GDP numbers also do not account for climate change, biodiversity and certainly not happiness. A practical start to the measurement challenges of today is for economists to pay greater attention to what people and businesses are saying to get a more complete sense of true conditions. A longer-term imperative should be to incorporate a broader analytical understanding of historical context (especially during past transformations) and psychology (how people are likely to react) in forecasting.

Looking beyond the economic outlook

Economics as a corporate profession enjoys a strong reputation – one that it has earned by taking a disciplined approach to forecasting. That standing comes with a responsibility to review and renew its approaches to continue to serve decision makers. In various places in the North Atlantic world, such movements are under way. In the corporate sphere, that transformation remains an especially urgent challenge, because too much freight is placed upon the narrower practice of the discipline by decision makers. The pandemic experience points us toward an approach that embraces a greater interdisciplinary perspective – one that current models were not designed to provide. The changes proposed here may ensure that economics as a profession can continue to serve the decision makers that rely on its models for navigating an increasingly uncertain operational environment. In our view, this is how a renewed and reinvigorated economics can emerge stronger and more relevant.

Opinion
While some corporations used hope as a strategy, others, like CN, were nimble in adapting to the pandemic
Subscriber content
September 20, 2020 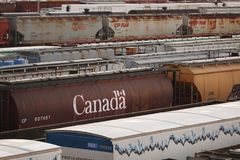 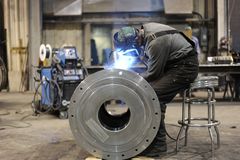 Opinion
How our economy recovers: what Canadians need in a throne speech
September 20, 2020 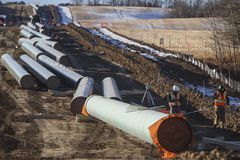