The European Union blew it – badly.

The EU pandemic is not going to end any time soon. It is actually getting worse as the concept of herd immunity enters the realm of fantasy. There will be a lot more illness, a lot more deaths and an economic recovery that will lag America’s and Britain’s by as much as a year.

It didn’t have to be this way.

By the end of the week, as Europeans were heading into an Easter weekend they once assumed would be open and festive, country after country was going back into lockdown. They had to because the new variants of the virus, which are more contagious and perhaps deadlier, were taking over, pushing ICUs to their limits.

All of Italy will be in tight, “red zone” lockdown over the four-day Easter holiday, though most Italians won’t know the difference, as two-thirds of the country has been in lockdown for several weeks. Restrictions on movement and shop openings will remain in place until the end of April.

On Wednesday French President Emmanuel Macron announced a four-week lockdown, including school closures – a humiliating U-turn for him. He had opposed new restrictions, probably because they do not win votes, and he is gearing up for an election run this time next year. Germany last week implemented new border restrictions and could go into full lockdown, too.

We all know that the EU’s botched vaccine rollout is at the heart of the fresh pandemic crisis. The bloc’s executive arm, the European Commission, was the exclusive buyer of approved vaccines on behalf of the 27 member countries and moved too slowly to secure supplies. It got bogged down in contract negotiations, fiddling over liability clauses and pricing. By Thursday, the EU had administered the first dose of two-dose vaccines to 11.2 per cent of its population, according to the Bloomberg Vaccine Tracker. In Britain, the equivalent figure was 46.3 per cent; in the United States, 29.4 per cent. Even laggard Canada, at 12.9 per cent, has nudged ahead of the EU.

Never mind that the countries that took a zero-tolerance approach to new infections – Taiwan, Australia, New Zealand and Vietnam, among them – were the ones returning to economic health the fastest. Their view was that tight snap lockdowns, combined with robust contact tracing, were the best way to protect the economy and save lives. Australia has largely reopened and has recorded only 909 deaths since the start of the pandemic.

EU countries locked down too late and too lightly when clusters were detected. Look who’s suffering now? Italy has recorded almost 110,000 deaths and is closing down again.

All bets on the proximate date for a return to normal life are off, and a new sense of doom is setting in. The slow vaccine rollout and the premature easing of restrictions were a biological red carpet for the new variants. Herd immunity will come at some point, but that point is being pushed farther into the future.

This summer? Not likely, even though vaccination rates are picking up momentum. They’re just not picking up fast enough to prevent the spread of the variants.

Many epidemiologists said herd immunity would come when 60 per cent to 70 per cent of the population had gained immunity through vaccination or exposure to the virus. But the new thinking suggests herd immunity will be harder than expected to achieve, according to several reports, including a March article in the British scientific journal Nature with the discouraging headline “Five reasons why COVID herd immunity is probably impossible.”

The author, Christie Aschwanden, cites the slow vaccine rollout, not just in the EU but pretty much everywhere – huge swaths of the planet, including Africa, remain largely unvaccinated. Vaccine hesitancy afflicts significant minorities of the population in many countries, and the arrival of vaccines for children has been delayed. There is also the question of how long immunity lasts.

The biggie, of course, is the new variants, which might be resistant to some vaccines. The longer the vaccination campaigns take, the greater the opportunity for the variants to emerge and spread. The one known as B.1.1.7, first detected in the U.K., is proving to be especially robust and is leading Canada, the U.S. and other countries into the third wave that has already swamped the EU.

And that’s just one of the army of new variants marching across the globe. The nightmare story is Manaus, Brazil, as the Nature article notes. By June, 2020, Brazilian immunologists calculated that more than 60 per cent of the city in the Amazon (population 2.2 million) had been infected, theoretically enough for herd immunity. But in late 2020, the P.I. variant emerged and spread rapidly, turning Manaus into a death zone and crushing its hospitals.

Manaus is a cautionary tale. Slow vaccine rollouts and feeble lockdowns even as cases rise, combined with sloppy physical distancing, are a recipe for disaster. The EU suffers from all these ailments. The pandemic is alive and well in the EU months after it was supposed to wane. The return to normal life, and the economic revival, won’t happen for a while. 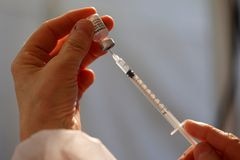 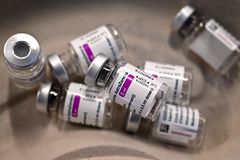 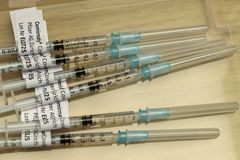