Many Canadians are worrying about how U.S. tariffs will affect our economy, but there’s a hidden and deeper threat. U.S. tax reform has eroded Canada’s tax advantage and made it harder for U.S. companies that do business in Canada.

Finance Minister Bill Morneau appears poised to respond with his own tax reforms, perhaps as soon as this fall. But will Canada follow the United States into a tax-cutting war we cannot win – or will he do the right thing to improve the business climate while shoring up our system?

The reform has cut U.S. corporate-tax rates to around 27 per cent from 41 per cent on average (it depends on which state in which the business operates). That’s about the same as in Canada, following big rate cuts by the Chrétien and Harper governments.

So Canada’s tax-rate advantage is gone. That will hurt our economy because U.S. investment costs have fallen compared to Canada. Canadian exporters have lost their advantage, and U.S. companies will be less willing to invest in Canada. U.S.-owned businesses contribute about one-quarter of corporate-tax revenues here, so the U.S. changes could matter a lot to us.

But that doesn’t mean we need to respond by cutting rates again. That’s just not an effective policy any more. For one thing, it would be expensive. Even a four-point cut in our tax rate is predicted to cost $8-billion in lost revenues.

In the past, rate cuts in Canada didn’t harm tax revenues much, because business responded by declaring more income in Canada. But that won’t work anymore. Rates are too low on both sides of the border for additional cuts to boost the tax base much. And a rate cut is a giveaway to owners of past investments, which does nothing to help our economy going forward.

For another thing, a tax cut here won’t help U.S.-owned businesses. Under the new U.S. tax system, big companies will pay tax to the IRS each year on their “global intangible low-tax income” (GILTI). That tax was supposed to deal with companies such as Apple and General Electric that have squirrelled away billions in tax havens.

It’s not a bad idea, but it’s been implemented in a hamfisted way.

While it’s too soon to know all the details, it looks like many U.S. companies will be paying GILTI tax on their Canadian operations – not just tax havens. At the same time, businesses that produce in the United States for export to Canada will actually get a tax cut. All this could wreak havoc with supply chains that cross the border, particularly in the manufacturing sector.

Under the new system, if Canada cuts tax rates, then U.S. businesses will pay more GILTI tax to the IRS. That won’t help business in Canada – it will just hand some of our tax revenues over to the Trump administration.

If cutting tax rates won’t help, then what is to be done? We believe Canada could benefit by following suit on another part of US tax reform – by increasing incentives for business to make new investments.

Under the new U.S. law, companies can write off machinery and equipment purchases from their taxes immediately. That actually makes a lot of sense. We should be taxing corporate profits, but not the investments that drive economic growth.

Canada already offers some accelerated writeoffs for machinery and equipment. According to our estimates, following the United States to adopt full immediate writeoffs would lower the cost of capital investment by about 12 per cent on average. This should boost investment, and at a much lower cost than cutting tax rates.

Canada could even improve on the U.S. system, restoring our tax advantage. Writeoffs should apply to all investment goods, not just machinery. And Canada should continue to pay refunds to businesses with operating losses, which the United States does not.

At the same time, Canada should do more to stop companies from shifting profits to avoid paying taxes here. Not all tax breaks are created equal. Our current system offers too many opportunities for pure tax avoidance. U.S.-owned manufacturers in Canada pay just 15 per cent of their income in taxes here, much lower than the official tax rate. It’s also far lower than the tax rate in France, Germany, Australia and many of our trade partners.

One key way companies avoid taxes is with interest deductions. If Canada moves to allow writeoffs for investment costs, there’s no reason to allow firms to deduct the cost of borrowing too.

Canada has been slow to act, and that should change now. If Canadian businesses are to receive the same investment tax breaks as the United States is now offering, then they can accept some of the same restrictions on profit shifting too. A limit on interest deductions is the right place to start.

Some on Bay Street have opposed such reforms before, but the world is changing. Mr. Morneau should seize this opportunity to change our tax system to improve business incentives and limit tax avoidance, for the benefit of all.

If he is bold, he will go even further. We could eliminate interest deductions altogether, while giving full writeoffs to all capital expenditures. This would give the maximum benefit to new investments at minimum cost in tax revenues. It would also reduce profit shifting and blunt the transfer of tax revenue to the United States under the GILTI tax.

U.S. corporate-tax reform poses a challenge for Canada. But it is also an opportunity to make a bold but sensible change to how we tax business.

Ken McKenzie and Michael Smart are research fellows of the School of Public Policy at the University of Calgary. 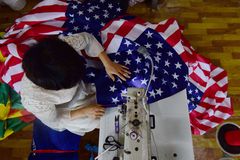 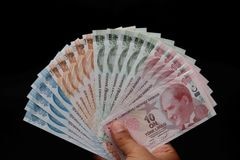 Rich Canadians are outliving the poor, strikingly so among men Subscriber content
August 23, 2018
Follow us on Twitter @globebusiness Opens in a new window
Report an error
Due to technical reasons, we have temporarily removed commenting from our articles. We hope to have this fixed soon. Thank you for your patience. If you are looking to give feedback on our new site, please send it along to feedback@globeandmail.com. If you want to write a letter to the editor, please forward to letters@globeandmail.com.
Comments