YOLO – You Only Live Once! It is a bit of a millennial motto, and perhaps in the wake of the COVID-19 pandemic, one being picked up by other generations as well. Who knows what tomorrow will bring, goes the thinking, so we might as well make the most of the life we have right now. Most recently, the concept of YOLO has expanded into the idea of a “YOLO Economy,” as per discussions on Reddit and an article in The New York Times.

The gist of it is that, postpandemic, many millennials will have a wad of cash in their pockets and be fired up for life’s adventures, rather than the drudgery of the 9 to 5. The combination of the two forces and the decisions they’ll spark will have big economic consequences in the short term, and perhaps over the longer term as well.

Although the concept of the YOLO economy has so far been applied to the United States, there are certainly reasons to think we will also see some influence in Canada. For one thing, there has been a glut of forced savings during the pandemic. With lockdowns in place, travel shut down and entertainment and dining options limited, Canadians spent $180-billion, or $5,800 per person, less in 2020 than they did in 2019.

We do not have this data broken down by age group, but it is reasonable to assume households across many generations were affected by the economic upheavals, depending on occupation and income. Since the start of the pandemic, those in the lowest-income groups have borne the brunt of job losses, while those in higher earnings brackets have been able to hold onto their employment and hence their incomes.

There is also evidence that many young workers plan to at least change jobs, if not careers, after the crisis. According to a March report from Morneau Shepell, 24 per cent of Canadians say the pandemic has them reconsidering their professional futures and thinking about switching jobs. That group definitely skews young, with 36 per cent of those indicating they were considering a career change under the age of 40, compared with just 15 per cent of respondents over the age of 50.

So what might it look like if the YOLO attitude took hold postpandemic? Among the workers most in demand (and hence most confident about their professional futures), we might see a flurry of people quitting their jobs, perhaps to take a leave and travel for a lot longer than a nice week-long beach vacation.

Others may scramble to find jobs in companies or even industries that hold their interest more. This is something employers trying to hold on to the best talent might want to consider. Having come though the pandemic and having stepped up under difficult circumstances, many workers will want rewards of one kind or another, and if they do not find them, they may decide to take their talents elsewhere.

It is worth noting, though, that for everyone who meets the conditions for being able to take a YOLO attitude, many more are not even close to being able to do so. For them, this pandemic has been marked by job loss or business failure, and a running down of savings rather than an accumulation of them. That is also a reality and continues on a prepandemic theme: an increase in disparities between households.

Previously, we tended to think of gaps in terms of income disparities, but perhaps we should think in terms of freedom disparities too. The reality is that coming out of the pandemic, we will have a split between those crying YOLO! and considering their options, and those struggling to pick up the pieces.

Longer term, it will be interesting to see whether the pandemic has cast a lasting shadow and whether the desire to not be tied down persists. Some of the young people now embracing the YOLO lifestyle will get tied down with families and mortgages sooner rather than later, and will settle back into more traditional ways of doing things.

Shifts in the labour market, however, may make it easier for many people to continue to change things up on a regular basis. Remote work opens up possibilities, but so does a world where there may be more contract and freelance work, and where changing jobs or even industries becomes more commonplace.

YOLO after all, and it would seem that those who can plan to take advantage of doing as much as they can should do so while they have the option. 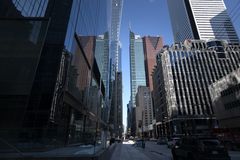 Opinion
Beware the bullwhip effect as the economy springs back to life
March 14, 2021 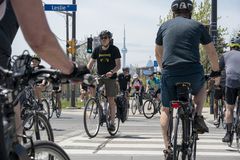 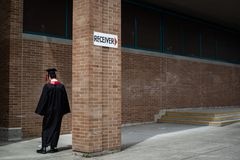