Agriculture is not a sexy industry. When politicians, financiers and CEOs talk about reinventing economies, they invariably blather on about the need for technology funds, technology clusters and ecosystems, digital this, disruptive that and pivoting – you are dead unless you pivot – toward sustainable something or other. Almost no one talks about agriculture as a domestic and global growth industry that deserves attention and can create high-quality jobs.

Yet we have to eat, and eating full nutritious meals is becoming harder to do as billions more people crowd the planet. And now we have climate change, which threatens to throw into reverse the great advances the developing countries have made in recent decades to reduce malnutrition and outright hunger. The upshot? We ignore the agriculture industry at our peril.

This week, in Rome, the United Nations Food and Agriculture Organization (FAO) released its latest report on world food security. It is FAO’s flagship annual publication and this year’s edition did not contain a lot of encouraging news.

There is no widespread food crisis, like the one a decade ago, when soaring food (and oil) prices triggered riots in dozens of countries, raising the spectre of starvation and mass migrations. But for the first third time in as many years, the number of people around the world suffering from chronic food deprivation or undernourishment – call it hunger, for short – has climbed.

FAO estimates the hunger number in 2017 reached 821 million, or almost 11 per cent of the global population, up from its low of 784 million in 2014. The last time the hunger figure was at last year’s levels was in 2010. The hunger rate was most severe in Africa, where 20.4 per cent of the population fell into that category, up from 18.3 per cent in 2014. Drought and erratic rainfall hit two dozen African countries, among them Kenya, Namibia, Somalia, Tanzania, Cameroon and Ethiopia.

To be sure, the numbers produced by FAO cannot be considered 100-per-cent accurate. The agency generally relies on national governments to provide data. A few are incapable, or won’t, produce reliable hunger figures or agriculture statistics of any kind. But the trend lines are probably directionally correct and now we have a disturbing trend in place – rising hunger in spite of oil prices that are almost half of their 2008 peak and rapid increases in global food production. The FAO says that “climate variability and extremes are a key driver behind the recent rises in global hunger and one of the leading causes of severe food crises.”

Climate change is hurting agricultural yields almost everywhere (though improving them in a rare few spots). Hurricane Florence hitting North Carolina on Friday and super typhoon Mangkhut, which was barrelling toward the Philippines and China, will undoubtedly damage farmland.

While no one hurricane, typhoon, drought, flood or bout of severe heat can be blamed on rising concentrations of carbon dioxide from human activity in the atmosphere, extreme climate incidents are on the rise. Munich Re, the German reinsurance giant that has been warning about the ill effects of climate change since the 1970s, notes that 2017 was the hottest year on record without the warming effect of the natural climate oscillation from El Nino. The company’s website says that climate change “is already having or will have an intensified effect on many of these weather extremes.”

The effects of climate change are not just limited to falling crop yields. When yields fall, food production falls with it, taking up prices, meaning that people in the poorest countries have to cut back on meals because they can’t afford a proper diet – the urban poor spend up to 75 per cent of their income on food, FAO says. Less food production often means less food exports and more food imports, throwing a country’s balance of payments out of whack. Floods can reduce access to safe water and sanitation, making outbreaks of disease more likely.

In extreme cases, hunger drives migration, since migration is preferable to starvation. The era of the eco-refugee may soon be upon us.

Canada, the United States, the European Union and other wealthy regions have ample agriculture expertise as well as the capacity to produce and export more food to the parts of the world whose farmland is under climate change stress. Canada is a world leader in financial services. Only about 10 per cent of the rural poor in developing countries have access to even the most basic financial services. They need access to services such as seasonal micro loans to produce and transport their food to local markets. They also need infrastructure – roads, warehouses, refrigeration, irrigation – another area of Canadian expertise.

Canada’s ability to help feed the world through exports, technology, financial services and infrastructure is largely unrecognized and barely nurtured. Instead, creating apps and other tech wonders aimed at the urban rich seems the priority in Canada, or wasting money propping up old industries that don’t need propping up. Prime Minister Justin Trudeau’s main contribution to reinventing the Canadian economy this year was to spend $4.5-billion of taxpayers’ money to nationalize a leaky oil pipeline. Imagine if that small fortune went to an industry with the potential for a lot of growth, one that could feed people and reduce hunger. 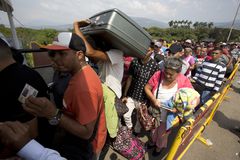 Rohingya refugees say hunger being used as a weapon against them
February 7, 2018 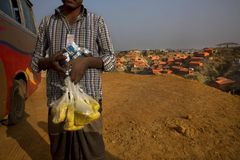 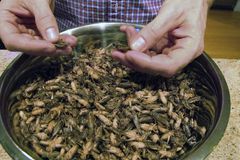