Mike Babad had a lonely life at The Globe and Mail.

For many years, he was the morning man. That meant he was the first editor in the building, usually well before dawn, when the security guards were the only ones around. I live in Rome – six hours ahead of Toronto – and I was usually his first call. Sometimes, he would call me from his car on the way to work as he dodged snow drifts or gently cursed a wayward driver. I can’t remember him actually using harsh swear words; and his greeting to me was always: “How ya doin’, Bunny?”

Mike’s calls were remarkable. First of all, editors almost never call. Almost all communication, especially with correspondents who work beyond the Toronto head office, is by e-mail or WhatsApp. Getting a call, from an actual live human, seemed a quaint relic from a bygone era. I found it comforting, because bureau work can be lonely, too.

Long-time columnist, editor Mike Babad 'was at the very heart’ of The Globe and Mail’s journalism

Even more remarkable was the subject of the calls, which were about me and my well-being, or lack thereof, or what my daughters were up to – almost never about what I was going to write that day. That came later.

In my 35-year career as a reporter and columnist in four countries, I cannot remember any editor other than Mike who would regularly call me just to see if I was okay. To him, I was Bunny, an ironic nickname given that I am 6-foot-5 and not exactly known for my meekness. His wife, Catherine Mulroney, told me the other day that “our kids frequently had a good laugh about the name Bunny.”

I called him Slaphead, because he was bald, or just Slappie. When grown men use ridiculous nicknames, you know you have a good friend.

We would never talk for more than a few minutes, and he was always lousy at office gossip, which I craved. He wasn’t really interested in who was shafting who, who was up or who was down. I considered him a happy workaholic.

By the time most Globe employees had lurched into work, he had popped a few newsy items onto the website, capturing our valuable morning readers, and banged out an often-hilarious internal note about who was writing what. I was sometimes the subject of the memes or altered photos that would top the notes and – damn – I only still have a couple of them. My head would be grafted onto Superman or onto the figure of someone lounging in a café or on the beach sipping Prosecco because that’s what correspondents based in Italy do all day.

“Eric gets a lump-sum payment because, you know, Rome is such a hardship posting,” he said in one note, dropped in after a story line about executive compensation.

Mike and I had worked with each other on and off, for some 30 years, starting at the old Financial Post (now National Post), when I was posted to New York by the paper in the late 1980s and early 90s, then The Globe when I was in Toronto and Rome. He was my one constant, an enthusiastic charmer who always got the best out of me, because I adored him; when he wanted a story from me, it was always the right story, because he had a terrific news sense, and I never, ever said no.

About a year ago, Mike stepped outside his house early one morning, into the cold, to call me. “Hey Bunny,” he said. “I need to tell you something. I have lung cancer and I think it may have travelled.”

I was devastated, but he was always in good humour, always upbeat, as he went through his hell. His treatments were going well, he said, and I told him about an immunotherapy drug that had worked miracles for the mother of a friend of mine in England. He used that very drug. It seemed to be doing the trick and I sort of stopped worrying about him, convincing myself he was on the mend even if, deep down, I knew the odds were against him.

But we would still send each other e-mails every week, sometimes several times a week. He always said he was okay and would sign off with “Miss you” or “Love you,” as if we were blood brothers. I would say the same.

He wasn’t okay. My last e-mail from him came about a week ago. He told me “I think I am okay” and I knew immediately that bad news was coming. But, amazingly, he kept writing, because he had to. He was a newsman to his core. His last byline appeared on Feb. 27, just five days before he died.

To me, Mike was the heart and soul of The Globe, a gentle force of nature who combined humour, good nature, a strong work ethic and a killer news sense to make The Globe a fine paper and put a smile on the face of everyone who worked with him. I can’t even imagine The Globe without him. Bunny will miss you forever, Slappie.

Remembering Mike Babad through his morning business videos
1:28
May 7, 2020 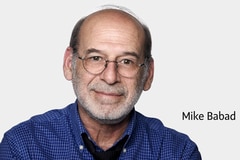 Long-time columnist, editor Mike Babad 'was at the very heart’ of The Globe and Mail’s journalism
March 6, 2020 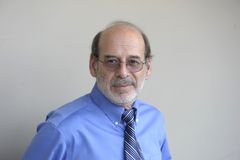