It is the type of deal even merger skeptics can applaud.

Without coughing up any cash, and without offering a takeover premium, Barrick Gold Corp. wants to merge with Randgold Resources Ltd. Miraculously, Randgold, a rare gem in the gold sector, has agreed to the terms.

To hear John Thornton tell it, the tie-up is transformational – the first of its kind for such major players. “As far as I know … [it has] never been done before,” Barrick’s executive chairman said during a conference call Monday. “And we think this is the appropriate model for this industry.”

So far, shareholders seem pleased, with both miners’ stocks climbing since the announcement. But Mr. Thornton’s bravado raises a question: If this type of transaction makes so much sense, why isn’t it more common?

In a typical merger, the buyer coughs up at least some cash, and must pay a hefty premium to get its hands on the company it hopes to take over – often around 30 per cent of the target’s market value. This tends to be troublesome because it puts acquirers in a hole right off the bat. By paying up for a company, they must find synergies to offset the goodwill – the amount over and above the target’s market value – that the deal adds.

The matter is even more complicated for commodity companies that are prone to cycles. During the mining supercycle that started in 2010, many companies inked billion-dollar deals. But history has shown that the underlying commodity prices do not rise forever, which means buyers are often forced to eventually write off all of the goodwill they took on, and sometimes more.

During the supercycle, Barrick was one of the worst offenders. When founder Peter Munk acquired Equinox Minerals for $7.3-billion in 2011, he committed not one, but two, cardinal M&A sins: He bought at the peak of a bubble, and he paid cash. The result: Billions of dollars worth of writedowns, an embarrassment he later attributed to “hubris” and “stupidity.”

It is refreshing, then, that Mr. Munk’s successor has shied away from making the same mistake. “As you all know very well, the industry is littered with large deals, big premiums and destruction of shareholder value,” Mr. Thornton said on the conference call, reiterating an argument he’s made for some time.

That he has achieved a deal that adheres to new standards is already an accomplishment. Mergers such as this are usually non-starters because the two boards and management teams have a lot of pride, and they often have wildly different views on what their companies are worth. Simply getting the two sides on board is impressive, if only because the people stuff is tough to manage.

Still, the deal structure can only do so much. The gold sector has seen a sprinkling of such transactions before – in 2010, Anatolia Minerals and Avoca Resources announced a merger of equals with a mere 6-per-cent premium to create Alacer Gold Corp., and more recently, in 2015, Alamos Gold Inc. and AuRico Gold merged in the same way under the Alamos name with no premium whatsoever. Neither proved to be a home run.

And while there are some differences in the Barrick deal, notably that it will create a gold giant, whereas previous transactions formed intermediary producers, success is still likely to stem from way the merged company is run.

On this front, Barrick makes a compelling argument: Under Mark Bristow’s leadership, Randgold avoided the writedowns that have plagued the industry, and profit has remained healthy. The hope is that he can replicate this track record at Barrick.

Whether Randgold shareholders will let him do this is still unknown. Already, some analysts are confused. “The way I see this is Barrick’s getting at least two world-class assets, a world-class management team and a decent amount of net cash, for no premium," Barclays Capital analyst Amos Fletcher said on the conference call on Monday. "Do you feel that is the optimal outcome for Randgold’s shareholders?”

Responding, Mr. Bristow argued that’s only half the story. “You forgot what the Randgold shareholders are getting back in return," he said, arguing through the presentation that he can apply Randgold’s model of efficiency at Barrick, and he has the potential to consolidate the prolific gold deposits in Nevada.

It is now up to the two companies to prove their transformational deal is really that. In an industry where shareholders have demanded that companies stop growing for growth’s sake, it won’t be an easy sell.

With Randgold deal, Barrick looks to trim the rest of its fat Subscriber content
September 25, 2018 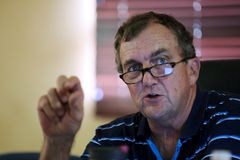 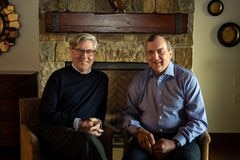