It’s the end of the road for car sharing in Calgary. On Oct. 31, the city’s only service will cease operations and the one-10th of residents who use it will have to fully revert to private vehicles or other options. There’s no indication that other car-sharing operators will step into this regrettable void.

Calgary is far from the only North American city to experience such a loss. Car2Go (now part of Share Now, a joint venture between BMW Group and Daimler AG) also exited Toronto last year and has announced its pending exit from four U.S. cities. Seattle and Portland, Ore., meanwhile, have seen the pullout in recent weeks of the ReachNow and LimePods car-sharing services.

All this seems at odds with the continued hype regarding the sharing economy and its transportation manifestations, and it has sparked some soul searching and angst regarding the future of new mobility.

Do these developments indicate that lower-density, car-friendly North American cities simply aren’t well suited to car sharing? The continued vitality of such services in Europe, and the fact that a particularly spread-out city such as Calgary is among the first to see car sharing come and go, might suggest so.

Or do these developments indicate that the new-mobility market is starting to cannibalize itself as options proliferate? The ubiquitous presence of Uber Technologies Inc., Lyft Inc. and now Lime e-scooters on Calgary streets lends credence to the possibility.

Fortunately, neither theory holds up. On the whole, car sharing remains vibrant in Canada and the United States, with operations in more than 500 cities and just more than 30 per cent market growth in since 2018. The recent pull-outs do, however, underscore the particular challenges associated with one specific car-sharing business model, and the vital importance of well-thought-out municipal regulation.

All the recently discontinued services were free floating, meaning vehicles could be picked up and left anywhere within designated zones. In contrast, the large majority of services are station based, meaning vehicles are picked up and returned to designated spots. In an already slim-margin business, the complexities and challenges involved in operating a free-floating service are daunting.

They require heavy up-front investments, and long runways to understand market-specific idiosyncrasies and to optimize supply and demand accordingly. It’s almost certain to take a year or more to make a free-floating service profitable, and local decision makers must be unconstrained by templates set in distant head offices.

Free-floating services also have a particular need for co-operative municipal partners, who are willing to devise workable regulations and – most importantly – to set viable parking fees.

After a pilot period, Calgary set a $450 annual per-vehicle fee for an all-zone residential permit. Vancouver, Car2Go’s most successful Canadian market, charges $77.19. The Calgary fee amounted to more than $250,000 in annual operating costs. And Car2Go incurred further costs for designated spots and metered parking, both of which were essential in downtown Calgary.

Calgary may have fallen victim to the common temptation to model its fees on those of cities such as New York or London, even though its population and density make for a dramatically different profit potential for car-share operators.

As to cannibalization, it’s true that all forms of shared mobility – car sharing, kick-scooter sharing, bike sharing or even ride-hailing giants Uber and Lyft – currently target a very similar demographic: one that is young, educated, affluent and predominantly male.

But quantitative research and anecdotal observation strongly suggest that as a more diverse and robust ecosystem of shared-mobility options takes shape, more people use them. The pie therefore gets bigger with the introduction of new services, rather than getting sliced up smaller by more competitors.

Portland’s Bureau of Transportation found, for example, that four months after the arrival of ride hailing, the weekly total of taxi and ride hailing rides had increased by 40 per cent. This is consistent with the experience in Vancouver, which has the highest number of car-sharing vehicles per capita in North America and where four service operators all appear to thrive.

So while it’s a disheartening time for shared mobility enthusiasts in Calgary – as the social media and other reaction to Car2Go’s announcement show – the overall outlook for car sharing and new mobility remains very bright in North America. With shared modes of transportation still amounting for a very modest percentage of total trip-miles, the growth potential is huge.

Canadians are increasingly eager to share the means by which they get to where they need to go. City halls should embrace this trend, for numerous sustainability and other reasons. And for car-share operators with patient capital and localized strategies, the road to profitability is still very much open. 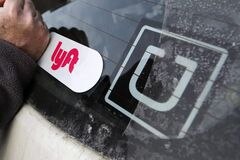 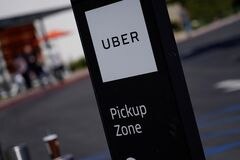 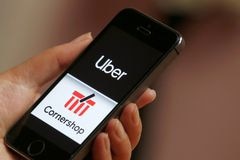