There’s plenty of buzz around the coming legalization of cannabis, but behind all the smoke, another type of grow-op is catching the attention of investors and budding entrepreneurs.

Indoor farming is taking root in Canada and around the world – in homes and businesses, cities and remote communities, in bone-dry deserts and in the frigidness of the Arctic Circle.

These aren’t just greenhouses. Most of the growth has been around a subcategory called vertical farming, which involves the cultivation of leafy greens and other produce using surfaces that are vertically stacked or vertically inclined. Often, the plants are grown without soil and in climate-controlled environments. Almost always, they use LED lighting systems to allow for precision, year-round growing, an approach pioneered by NASA in the 1980s for long-duration space travel.

Leaders in the market include Canada’s Modular Farms, based in Toronto, and Nova Scotia’s TruLeaf, which are joined by competitors across the United States and Europe, including names such as Plenty, Infarms, AeroFarms, Oasis Biotech and Bowery Farms. As a group, they attracted $350-million in venture capital last year, a big increase over 2016.

Some harsh realities are driving investment. Rising world population means more mouths to feed, while the availability of arable land isn’t just capped, it’s shrinking as a result of development and changing climate patterns. Vertical indoor farming allows nutritious food to be grown where it’s needed, regardless of land availability or climate. It also reduces, sometimes dramatically, the amount of water and energy that goes into agriculture production.

“Every hectare under vertical farming can potentially substitute nine hectares of conventional outdoor farmlands, and save up to 200 tonnes of water every day,” according to market-intelligence firm Frost & Sullivan.

Frost calculated that about 22,000 vertical farming patents were filed globally between 2014 and 2016 alone. Allied Market Research, another research firm, estimates the market will grow at a compound annual rate of 23.6 per cent, to US$6.4-billion by 2023 from US$1.5-billion in 2016.

“A new container-farm company still probably pops up every month, but this is about more than just growing heads of lettuce,” says Aaron Spiro, president of Modular Farms, founded three years ago out of frustration with vertical indoor farming systems that overpromise and underdeliver.

He says anyone can grow herbs and leafy greens indoors. “But if the goal is to get the highest quality and yield, and be flexible enough to grow everything from kale and quinoa to raspberries and tomatoes, then achieving the perfect balance of temperature, air flow, water, light and nutrients is crucial.”

A tour of a Modular Farms system in an industrial parking lot in east Toronto demonstrates just how far vertical farming has come. Roughly the dimensions of a shipping container, the company’s core farming module is heavily insulated and designed with its own automated heating, air-conditioning and humidity-control systems.

Inside, two evenly divided rows accommodate four growing walls, each lit up by a retractable LED curtain emitting a spectrum of purple-hued light that’s ideal for growing. The walls themselves are lined with 240 vertical growing towers capable of supporting more than 3,500 plants at the same time.

No soil is used. Instead, seedlings take root inside grow plugs made of moss. Once the seedlings grow large enough, they are transplanted into a fibrous material housed within each tower. An automated closed-loop drip system makes sure the roots get just the right amount of nutrient-spiked water.

All key operations can be remotely monitored, and the facility’s spacious layout makes for easy maintenance and harvesting. The company says this design allows a range of plants to be grown using 95 per cent less water and up to 30 per cent less energy than an outdoor soil-based farm with similar yields.

Time will tell if the system delivers as promised, but after only a year on the market, more than 15 of these container farms have been sold, with dozens more in the sales pipeline.

“We’ve been getting so much interest from people we never thought we’d be selling to initially,” Mr. Spiro says, explaining that urban and remote communities alike are drawn to the idea of growing their own food year-round. Schools, mining and logging operations, commercial caterers and food distributors are among the customers Modular Farms is now targeting.

In September, for example, the company will deliver one of its farms to Dene High School in La Loche, Sask. The student-run farm will grow vegetables and fruit to support the school’s lunch program, and it will double as a classroom where students can learn about biology, nutrition and entrepreneurship.

Over time, as more operational data is collected on different plant species, the company’s farms are expected to get smarter and more self-sufficient by incorporating advanced robotics, machine vision and artificial intelligence. Want to grow strawberries? Just press “strawberry” mode and the farm will make sure temperature, humidity, nutrients and lighting are balanced just right. Is tower five in Aisle 2 underperforming? A text alerts you and recommends corrective action.

Modular Farms is also taking a more holistic approach to its farms, developing a variety of connectible, plug-and-play modules with different capabilities and climate settings, including air-tight vestibules that allow seamless movement between modules – similar to the way the International Space Station is designed. One module, for example, would generate its own power using solar panels, while another would extract and store water from the outside air.

“It’s about pushing the boundaries of what and where people think it’s possible to grow,” Mr. Spiro says.

And yes, he adds wryly, growing cannabis is an option.

Opinion
Bayer gets a lesson in ‘buyer beware' after Monsanto cancer ruling
August 14, 2018 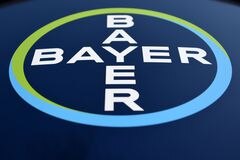 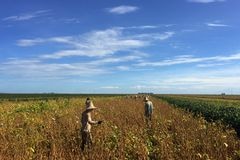