Whether by design or otherwise, the long-term resilience of the Canadian capital markets has been seriously undermined by the imposition of overbearing and often counterproductive regulatory burdens on the domestic investment dealer community.

Likely unwittingly, the securities regulators have worked in almost perfect alignment with the dominant bank oligopoly to effectively shut down the efficient provision of early-stage, high-risk, capital to our innovators and fledgling companies. Industry leaders have been trying to warn us of this phenomenon for some time. With a new Ontario government in place and “open for business,” now may be the time to listen and take action.

The problems really started in the 1980s when we permitted the banks to buy out the then-independent investment dealers. The significant culture clashes were systematically paved over as the banks increasingly asserted their comparatively risk-adverse approach to the investment business, one division at a time. Typically, it was the equity capital markets trading operations and the corporate finance M&A businesses that were the last to be subsumed.

Initially resistant to the anti-risk culture of their parent commercial banks, the investment subsidiaries began to realize that their new owners were well practised at the art of being heavily regulated and had whole departments dedicated to servicing and dealing with regulators. Instead of pushing back against excessive regulation, they came to see the competitive advantage of having regulatory-centric resources relative to their non-bank-owned competitors.

Then came the credit crisis of the past decade. Banks and securities commissions were both under intense public and political scrutiny. The former needed to wrap themselves tightly under the umbrella of systemic risk management policies and the latter needed desperately to show they had a handle on what was going on. In many other countries, their counterparts were facing similar, but existential, concerns.

‎While many of the senior bankers during the crisis were genuinely focused on building a better, stronger community, there were likely quite a few who also had a cynical eye on the ensuing collateral damage being done to the junior players. Very soon thereafter, partially because of the LSE/Maple battle over the TMX, the securities regulators started to drift increasingly away from the principles-based approach that had historically served to give Canada a competitive edge, toward more of a U.S.-type of rules-based regime. With more rules came more compliance costs, requirements and restrictions, often not always for the better.

The goal was to contain and constrain risk. Exempt and limited market dealers were increasingly being targeted or shut down. Since 2009 more than 80 IIROC investment dealers have shut down or been acquired, with industry experts forecasting more consolidation to come. The increasingly dominant bank dealers want volume, not risk. Advisers who dabble in the exempt or private placement markets are winnowed out. Banks see themselves as easy targets for disgruntled investors and so just concentrate on the senior securities.

None of this bodes well for our junior markets. Without rising new stars, the traditional “blue-chip” companies will start to hollow out. Witness the recent de-Canadianization of some of our former, world-leading‎ gold companies. Where will their replacements come from? Without funding and capital markets support, the innovation continuum will be broken and Canada will lose so much of its potential.

The disastrous long-term impact of the Sarbanes-Oxley Act on the U.S. early-stage capital markets bears witness to the tangible consequences of excessive regulation. We must learn from that lesson, not repeat it. In lock-step with the new Ontario government, the recent Ontario Securities Commission announcement of regulatory burden relief consultations is a good first step, but it is likely that an even more existential review may be in order. With a renewed CMRA initiative in the offing, the timing may be perfect.

Perhaps the time has come for a serious rethink of what the fundamental goals of securities regulation should be, coupled with a holistic review of whether our current facilities and regimes are actually helping or hindering our attainment of same. It may be time to start thinking outside the box in which we have unwittingly cornered ourselves. Doing nothing is no longer an option and our early-stage entrepreneurs need political assistance before they get lost in the paper shuffle orchestrated by the dominant banks and their regulators. 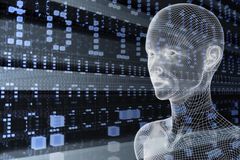 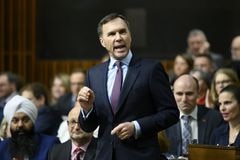 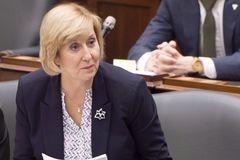