The role of the banks in the fight against climate change is looming ever larger as investors and the public demand action. Increasingly, demands are getting results around the world.

The latest example was this week, when HSBC, Europe’s biggest bank, managed to head off a May showdown with 15 major institutional investors by agreeing to a compromise over demands to strengthen its climate policies.

Institutional investors controlling US$2.4-trillion of assets had filed a shareholder resolution pressing HSBC to scrap its lending and underwriting of companies relying on fossil fuels on a timeline to match the Paris agreement on reducing greenhouse gas emissions.

The investors, co-ordinated by the advocacy group ShareAction, agreed to stand down when HSBC said it would phase out its financing of the coal industry in developed countries by 2030 and in developing ones by 2040. The bank also said it would set short- and medium-term targets for its goal of net-zero carbon emissions by 2050.

This is not an isolated instance, and it shows how massive financial clout is being applied on environmental issues to the boards and management of major banks, especially in Europe. In Canada, banks are dealing with the same issues, although large institutional investors have so far been somewhat less militant.

Canada’s Big Five banks have all set goals to reduce emissions, and in recent weeks, Royal Bank of Canada and Bank of Montreal announced they are plowing hundreds of billions of dollars into sustainable lending, equity raising and advisory services in the next few years, and have set net-zero targets that include tabulating emissions tied to their financing.

Certainly, some investors say the moves do not go far enough to push the economy faster into the green transition. The top complaint is banks’ insistence on helping clients in the fossil fuel industries reduce greenhouse gases rather than cutting them off, citing the large role oil and gas plays in the national economy. A report last year from the Rainforest Action Network listed two Canadian financial institutions, RBC and Toronto-Dominion Bank , in the top 10 for global fossil fuel financing in 2019.

European banks have faced a much louder chorus of demands from investors, governments and regulators. But in Canada, there is ample evidence that actions on the greenhouse gas front have accelerated, with four of the biggest banks recently signing on to the Partnership for Carbon Accounting Financials, said Kevin Thomas, chief executive officer of the Shareholder Association for Research & Education (SHARE). The partnership promotes a standardized approach to accounting for emissions tied to loans and investments.

“That’s a watershed moment, in that the conversation there has finally turned from just lowering your own operation’s emissions, or how much you’re financing new technology and clean energy, but actually measuring financed emissions,” Mr. Thomas said. “That’s getting to tackling a much bigger challenge for us here in Canada.”

Two Canadian banks have been targeted for climate-related shareholder proposals this year in an initiative led by SumOfUs, a corporate accountability nonprofit. The group, which is backing individual shareholders, wants RBC to toughen its policies to include immediate interim emission-reduction targets tied to lending and other financial services, and to publish an annual progress report. It also raises its objection to the bank’s exposure to high-carbon projects.

RBC recommends its shareholders reject the proposal, saying it plans to start measuring financed emissions in 2022, and that it is making meaningful moves along the lines of what’s being urged. That includes its pledge last month to plow $500-billion into sustainable financing funds by 2025.

SumOfUs was leading a similar charge at Bank of Nova Scotia this year, but withdrew its proposal after discussions with the bank’s executives led to an agreement, said senior campaigner Amelia Meister.

“They laid out a plan and a timeline of how they were going to get there and they committed to quarterly accountability calls to update us on progress. We felt that in good faith, where we represent shareholders, given all that they said they were going to do, we’re happy with that,” Ms. Meister said.

“However, it’s now up to Scotiabank to uphold their end.”

Indeed, Canadian investors have pushed for change in climate policy at the banks for quite a long time, but it’s been behind closed doors more often than in proxy contests, Mr. Thomas said. That does not mean they should ease off.

“Bankers have been more cautious than they should be,” he said. “We have a very serious challenge for transition in this country. I’m glad to see that’s now getting uptake with the banks. They are going to have to be partners in this one way or another. But if I had one message for them, it would be: Be ambitious and set your North Star as meeting the Paris agreement, not just what seems practical right at the moment.”

Opinion
Investors want to know how companies handle ESG issues - and they have a list
Subscriber content
March 11, 2021 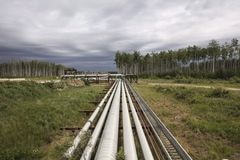 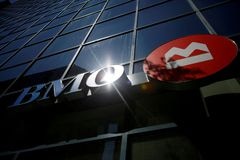 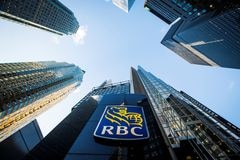