As the federal election approaches, climate change continues to be a burning issue for voters and politicians.

Each of the major parties has proposed various approaches for addressing climate change, but they all have in common an aim to grow the green economy in order to reduce dependence on oil and gas extraction. We believe that many individuals want to contribute to this transition by moving their investments out of firms involved with fossil fuel extraction and into low-carbon Canadian companies. Yet financial institutions currently do not offer any simple financial tools that allow investors to divest from fossil fuels but still keep their investments in Canada.

We discovered this deficiency recently when we tried to align our investment portfolio with our environmental values. We had two simple goals: avoid the oil and gas industry, and keep at least some of our money invested in Canadian companies. We figured this would be straightforward. After all, we’re both university professors, and we like doing research.

What we imagined would be an easy task became a sprawling project that consumed our Sunday mornings. We scoured fund reports while drinking coffee, charted our findings on the whiteboard in our basement and became increasingly frustrated. To our surprise and disappointment, we found that divesting from fossil fuels and keeping some of our investments in Canadian companies is actually very difficult for non-expert investors.

We concluded that investors like us have two options. First, Canadians can invest in climate-friendly funds, such as those that focus on clean technology or simply avoid extractive industries. But such funds contain practically no Canadian stocks. For example, RBC’s Vision Fossil Fuel Free Global Equity Fund invests almost exclusively in American, European and Asian companies. Choosing a fund like this means pulling your money out of Canada.

Second, investors can choose Canadian-focused funds. However, these funds are heavily weighted toward the oil and gas industry, even when they meet “environmental, social and governmental” (ESG) benchmarks. For instance, comparing XIU, the largest Canadian exchange-traded fund, with a Canadian ESG option such as XESG reveals that the two funds are nearly identical. Although one is touted as socially responsible, both funds invest about 15 per cent in the energy sector, and their third-largest holding is Enbridge Inc., an oil and gas transportation company. Such funds allow investors to keep money in Canada, but they don’t meet the goal of divesting from fossil fuels.

We think it should be easy for small investors like us to divest from fossil fuels and support the Canadian economy at the same time. Financial institutions should create funds that invest in innovative, low-carbon Canadian companies. Such funds could be incorporated into a broadly diversified investment portfolio that includes products such as green bonds, allowing individuals to support the transition to a green economy.

Skeptics might argue that Canadian-focused funds that divest from fossil fuels would be more volatile and entail higher management costs than traditional funds. Maybe. Some proponents of green investing argue that divesting is actually less risky in the long run. But even if such funds do introduce additional risks or costs, we believe that they are worthwhile and that many individuals are willing to take them. Young people (millennials aged 18-34) are twice as likely as older generations to be interested in investments that address social and environmental problems. As these young investors inherit and create wealth, financial institutions should offer them products that match their preferences.

The challenges the two of us faced in meeting our investment goals reflect a deeper dilemma in Canadian economic and political life. Politicians seek to offer climate change leadership, and voters rank climate change as a top concern. Nevertheless, our economy is still deeply tied to the extraction of oil and gas. The only way out of this dilemma is through aggressive development of the low-carbon economy. We think small-scale investors can, in aggregate, help facilitate this transition. But we need straightforward investment tools. We hope that financial institutions will create funds that advance the transition to a green economy, while simultaneously allowing investors to keep their money in Canada.

Led by millennials, responsible investing is on the rise
March 12, 2019 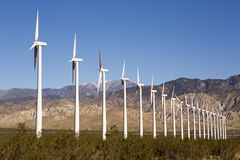 Opinion
Social-impact investing: a viable asset class with an eye to the future
Subscriber content
March 11, 2019 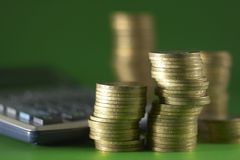