This spring, Warner Music signed audio startup Endel to a 20-album contract, making it the first major label to sign a company that makes music with artificial intelligence to a record deal. Five AI albums already have been released.

Endel’s co-founder, Dmitry Evgrafov, told Rolling Stone magazine that all 20 albums will be “made by pressing one button.” This news shocked the internet, eliciting concerns that machines are taking over the music industry.

In the weeks after the announcement, however, different views were offered and it would appear that many no longer feel Endel’s approach heralds doomsday. While AI’s entry into the music creation space initially appears jarring, and certainly raises challenging questions about the application of copyright rules, there may also be ways in which music creators could benefit from welcoming AI into their creative process.

Previous technological advancements in music were initially feared, but eventually found their place. Some worried that Auto-Tune would erase the need for talented vocalists, or electronic percussion would replace drummers, or various digital programs and sample packs would lead to the extinction of skilled, hard-working session musicians.

There was a transition period with some pain involved, but eventually music creators adjusted, learned and generations who followed adopted these tools as standard.

Music creators are, by nature, artists who love exploring. Many will want to experiment with AI as part of their own process, and they should.

Innovation can invigorate creativity by creating new musical genres, sounds, skills and opportunities. For example, after embracing and pioneering the newfangled electric guitar, Les Paul introduced studios to multitrack recording in the 1950s, forever changing how music could be and ushering in the era of music that could only exist in the studio, unknowingly laying the groundwork for digital recording technologies to follow.

However, as has also happened in the past, copyright laws and regulations may have to be revisited and further clarified to fully address artificial intelligence's inclusion in the creative process. In every industry, technology moves faster than laws can change – we've seen this with digital music and file sharing, and in the absence of clearly applicable rules, we may very well again see legal decisions playing catch-up with the questions that AI poses.

In Canada, the Copyright Act grants protection to works created by human beings. When AI aids the music creator in coming up with a melody or hook, who has written the song? Is it the music creator who pieced it together? Or the AI that provided the foundation? How will credit be shared, or a precedent be set? The answer may very well lie in the extent of the role of the AI in the ultimate creation of the music.

If the AI is merely used as a tool among others by a music composer, one would expect the composer to be the rightful creator and copyright owner of the work. However, if the composer merely “pushes a button” that results in a new musical work, should the law recognize the usual protections of the Copyright Act for that minimal effort? Has the software been inspired by existing compositions, and if so, to what extent? Does the creator of those underlying compositions deserve a fair share of the profits? There are a multitude of questions that need to be addressed.

Historically, interests in music rights have been easy to license or assign, being held by the first author of the work, i.e. the human composers or songwriters who created the music. The people or person who created the music received credit and collected royalties accordingly, as their music is used and enjoyed by others. With AI entering the studio, creators will need to have a new discussion to determine from the outset who gets songwriting credits for a resulting track.

We might be able to apply some lessons from the early days of sampling: What initially seemed like a unique development in music composition – borrowing and incorporating pieces of another artist’s work in one’s own – shook the industry in unanticipated ways, but ultimately turned into an art form and created a new commercial stream of revenue. Are there lessons we can learn in retrospect to inform our approach to AI? And are there clues we can look for that guide the direction of new laws? If creators want future laws to reflect the digital reality fairly, knowledge of AI’s capabilities, and its potential impact, is essential to speaking with an informed voice.

We are all learning the effects of these new technologies in real time – creators, the music industry and lawmakers alike. I am excited to see where AI takes music creation from an artistic perspective and encourage music creators to embrace its positive potential.

Only by working with new technology, rather than pushing it away, can we realize the positive creative contributions it can make.

Michael McCarty is chief membership and business development officer with SOCAN, the largest company in the Canadian music ecosystem. SOCAN ensures that songwriters, composers and music publishers are compensated through the licensing of their work being used in public. 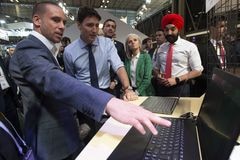 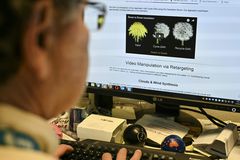