Donald Trump has a knack for coming late to the party.

The U.S. President still wants a wall on the Mexican border, even though the net flow of migrants has reversed, and is now moving south. He’s waging a trade war with China to bring back factory jobs that were lost to automation years ago. And he’s attacking Amazon for freeloading on the U.S. Postal Service, even though its parcels are helping to keep the ailing post office alive.

The Trump administration’s latest fixation is China, and the fear that it may soon eclipse the United States as the world’s dominant cyber superpower.

Here, too, Mr. Trump’s response is late, and off-target.

The United States has announced tariffs on roughly US$150-billion worth of Chinese imports in retaliation for the alleged theft of intellectual property and other unfair trade practices. It has also blocked the US$142-billion hostile takeover of U.S. wireless company Qualcomm by Singapore-based chip maker Broadcom because it worries the deal will lead to Chinese domination of the next generation of wireless technology, known as 5G.

But what if China doesn’t have what it takes to be the world’s technology leader?

Harvard University professor Kenneth Rogoff, a former chief economist at the International Monetary Fund, argues it’s not at all clear that China will dominate the digital age, as it has in manufacturing and exporting. He says robots and artificial intelligence pose a greater challenge for China than they do for most Western countries.

“Everyone in the West is worrying about the future of work, but in many ways [technology] is a bigger problem for the Chinese development model than for the American one,” Prof. Rogoff writes in a recent opinion piece on the Project Syndicate website

Far from being a boon, these new technologies could wind up blunting China’s economy.

“If robots and AI are the dominant drivers of production in the coming century, perhaps having too large a population to care for – especially one that needs to be controlled through limits on internet and information access – will turn out to be more of a hindrance for China,” Prof. Rogoff says. “The rapid aging of China’s population exacerbates the challenge.”

There is no doubt that China wants to dominate in technology. Chinese President Xi Jinping has set a goal for the country of becoming a global superpower within a decade or so in areas such as artificial intelligence, quantum computing, renewable energy and biotech. It is betting the Silicon Valleys of the future will be in Hangzhou or Shenzhen.

And it’s working ferociously to make that happen. China now accounts for 20 per cent of global research-and-development spending. It has quickly caught up to Europe, and at the current pace will eventually outspend the United States. It’s outpacing most of the world in producing both university graduates and research in technical fields. China is now home to more of the world’s fastest computers than any other country.

China lacks other ingredients essential for becoming dominant in key technologies. Prof. Rogoff points out that the increasing concentration of power and control in government hands, rather than the private sector, could hold China back as it reaches for higher stages of technological advancement through home-grown innovation. And the rule of law is not well entrenched, creating an impediment to the development and sharing of intellectual property.

“Keeping close to the cutting edge is not the same thing as defining it,” Prof. Rogoff argues.

In the past, China has relied heavily on manpower, and lots of it. But Prof. Rogoff argues that having the world’s largest population is no guarantee of triumph in the digital age. China will increasingly need access to energy, arable land and clean water in the decades to come.

Of course, Western countries may still squander their natural advantages. Mr. Trump’s trade, tax and immigration policies are more likely to weaken his country’s edge in technology than enhance it. The tech ecosystem thrives on generous government support, social mobility, an open economy and an ability to attract the brightest minds and ideas from around the world.

To stay on top, the United States will have to resist Mr. Trump’s reckless flirtation with long-ago discredited isolationist policies. 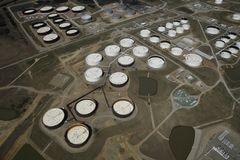 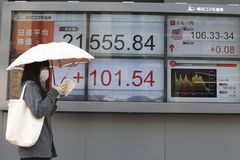 From pacemakers to the pill, Trump ‘brought a knife to a gun fight’ in China trade spat
Subscriber content
April 5, 2018
Follow Barrie McKenna on Twitter @barriemckenna
Report an error Editorial code of conduct
Due to technical reasons, we have temporarily removed commenting from our articles. We hope to have this fixed soon. Thank you for your patience. If you are looking to give feedback on our new site, please send it along to feedback@globeandmail.com. If you want to write a letter to the editor, please forward to letters@globeandmail.com.
Comments are closed