Almost four years after U.S. home-improvement giant Lowe’s Cos. Inc. swallowed Quebec-based Rona Inc., the dust has yet to settle on the $3.2-billion deal that rocked the province’s hardware retailing sector and led to calls for new measures to block foreign takeovers.

North Carolina-based Lowe’s has been eroding what it took Rona almost eight decades to build, specifically an iconic brand in Quebec, raising questions about whether the American retailer is repeating many of same mistakes Target Corp. made when it entered Canada with a poor understanding of the cultural differences and competitive dynamics north of the border.

Signs of trouble have been steadily building since 2018, after Lowe’s took a US$952-million ($1.3-billion) impairment charge related to its Canadian operations and shut 31 stores in this country. In August, Lowe’s chief executive Marvin Ellison revealed that same-store sales in Canada fell in the second quarter, causing indigestion among Lowe’s U.S. shareholders.

“After a strategic reassessment of the Canadian business, we decided to make adjustments to the original long-term integration strategy,” Mr. Ellison said. “Although we remain confident in the long-term potential of this business, this shift in strategy has temporarily slowed growth.”

The bad news has not stopped since. Last month, the head of Lowe’s Canadian division based in Boucherville, Que., Sylvain Prud’homme, suddenly announced his retirement at 55. Lowe’s did not immediately name a permanent replacement for the former grocery-industry executive, whose experience in managing networks of both corporate- and dealer-owned stores was widely seen as an asset as Lowe’s moved to integrate Rona’s diverse mix of retail outlets.

Lowe’s subsequently confirmed it was transferring 60 accounting jobs in Boucherville to its U.S. head office, amid rumours that it will soon outsource its Canadian information technology operations to India. The news led Quebec Premier François Legault, whose Coalition Avenir Québec opposed the 2016 takeover of Rona, to all but put Lowe’s on his personal blacklist.

“I don’t want to start a series of boycotts, but I prefer to buy Québécois at Québécois stores,” Mr. Legault said, much to the chagrin of Rona dealers in the province.

Not long ago, Rona was among an elite club of Quebec retailers considered to have a special knack for tugging at the patriotic heartstrings of its devoted customer base in la belle province. As with filling their prescriptions at Jean Coutu pharmacies or buying groceries at Metro, Quebeckers felt a sense of pride by patronizing their neighbourhood Rona store.

Rona ran into trouble, however, as it moved to expand across Canada. It could not count on the same brand loyalty as in Quebec and faced relentless competition from Home Depot, Home Hardware and Canadian Tire. That made it a target for Lowe’s, which had struggled to build a presence on this side of the border since entering the Canadian market in 2007.

Lowe’s botched its first takeover attempt for Rona in 2012, announcing its offer on the eve of a provincial election campaign, only to pull it after the Liberal government of then-premier Jean Charest vowed to block the deal. Quebec-based institutional investors led by the Caisse de dépôt et placement du Québec then controlled enough shares in Rona to block any takeover.

By early 2016, however, the Caisse welcomed Lowe’s much-richer $3.2-billion offer with open arms. Overnight, the purchase made Lowe’s the No. 2 retailer in the Canadian home-improvement sector. But Lowe’s had no experience with a network of dealer-owners who had long dictated their preferences to head office rather than the other way around.

With more than 400 dealer-owned stores of varying size and regional tastes, Lowe’s attempts to streamline distribution by cutting product selection went over poorly. There were media reports of customers no longer being able to find what they wanted at their local Rona store. Reports of the bond of trust between customers and Rona being broken has hurt the brand.

Louis Hébert, a professor at HEC Montréal business school, compares Lowe’s experience with U.S. retailer Target’s ill-fated foray into this country in 2013. Although there are several differences – Target took over leases held by Zellers rather than buying Zellers outright – both Target and Lowe’s underestimated the demands of the Canadian consumer and the higher distribution costs involved in supplying stores in lower-density areas. Target pulled out of Canada in 2015.

“There was no strategic coherence to the Rona acquisition,” Mr. Hébert said, adding that Lowe’s was overly optimistic about its prospects in the Canadian market.

Lowe’s still insists it is in Canada for the long haul. But its shareholders may decide otherwise. 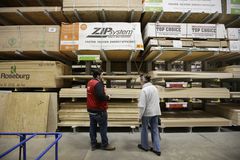 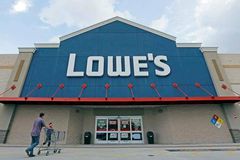 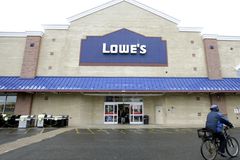