There is nothing more central to the Trudeau government’s fiscal strategy than its massive, $188-billion commitment to upgrade and expand the national infrastructure. It’s at the foundation of the government’s economic plan, and the main reason why it has entrenched its budgets in deficits. And it’s about the smartest investment a government can make to meaningfully improve the country’s productivity and long-term growth potential.

A shame the provinces appear to be gaming the federal program, rather than embracing it.

A report from the Office of the Parliamentary Budget Officer (PBO) finds that in the first two years of the infrastructure program, called the Investing in Canada Plan (IICP), provincial capital spending was $3.8-billion below what would have been expected based on budget plans prior to the introduction of the federal plan. It was also $5.4-billion lower than it should have been after accounting for the additional infrastructure contributions from Ottawa.

Given that provincial and local governments are required to share costs with Ottawa for projects approved under the program, the data suggest one obvious conclusion: that the provinces are using the increased federal money not to increase spending, but to help fund infrastructure plans that they otherwise would have funded on their own.

“This spending gap suggests that funding from the federal government probably displaced provincial investments after the IICP began,” the PBO said.

It’s been tough enough for Ottawa to actually keep up with its big infrastructure commitment: Figures in last month’s budget show that in the first three years of the program, the government has underspent its budgeted intentions by roughly a combined $9-billion. In past studies, the PBO has concluded that “federal spending on infrastructure was behind schedule, partly due to implementation delays by provincial and municipal governments.”

It certainly doesn’t help when the provinces are using the program to help give themselves a break on their existing infrastructure plans, rather than jumping at the opportunity that Ottawa is handing them to think bigger and invest more.

This comes at a time when most provincial governments have been notably conscientious about cleaning up their budget balances. Six of 10 provinces anticipate surpluses in the 2019-20 fiscal year; three others plan to reduce their deficits. In 2015-16, the year before the federal Liberals launched their infrastructure plan, only two provinces reported surpluses. It certainly makes it easier to whittle down your deficit when you can count on Ottawa to fill in the holes in your infrastructure budget.

At the municipal level, though, it has been a different story. The PBO report found that Canada’s five biggest municipalities (Toronto, Montreal, Calgary, Ottawa and Edmonton) have collectively spent about $1-billion more on capital investments than what was expected prior to the federal plan. The municipalities have also increased their spending per dollar of federal-government contribution – unlike the provinces, which have lowered their spending relative to the federal contribution.

(Before you ask, Greater Vancouver has the country’s third-biggest metropolitan population, but the actual City of Vancouver proper is only Canada’s eighth-biggest municipality, hence its absence from this list.)

The differing trends between the provinces and the municipalities helps explain why Ottawa announced, in last month’s budget, that it would deliver what it called a one-time, $2.2-billion “top-up” to municipal transfers in the current year, to fund short-term infrastructure needs. Not only does it reward the cities for stepping up to the spirit of the federal infrastructure program by expanding investment, but it’s clear that the cities have been the more efficient route to putting the federal government’s largesse to work.

The PBO’s analysis suggests that Ottawa might want to rethink how it delivers its infrastructure funding to the provinces to get more of the desired economic bang from the program – and, indeed, the municipal top-up implies that it might be thinking along those lines. But Finance Minister Bill Morneau isn’t willing to go that far – yet.

“What you shouldn’t do is take this [top-up] as a conclusion on how we will go forward,” he said in a news conference after a postbudget speech last month. “But it’s an important way for us to move forward now on getting some projects that have been stalled going.”

Nevertheless, it’s a shot across the bow for provincial governments. As, too, will be the acceleration in the next year of the Canada Infrastructure Bank, through which the government will partner with private-sector money to fund projects. If the provinces won’t use Ottawa’s increased infrastructure funding as a means to get more money into capital investment in their jurisdictions, Ottawa will look to someone who will. 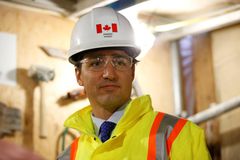 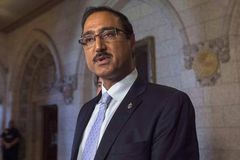 Big city mayors like new federal infrastructure program, hope for flexibility
May 16, 2018
Follow David Parkinson on Twitter @ParkinsonGlobe
Report an error Editorial code of conduct
Due to technical reasons, we have temporarily removed commenting from our articles. We hope to have this fixed soon. Thank you for your patience. If you are looking to give feedback on our new site, please send it along to feedback@globeandmail.com. If you want to write a letter to the editor, please forward to letters@globeandmail.com.
Comments