Jerry Dias is the national president of Unifor

Canada’s news organizations are in mortal peril, and it’s time for the federal government to take on the two marauding tech giants who are largely to blame.

Facebook and Google have pillaged the Canadian digital advertising market over the past decade. Between them, they have scooped up the vast majority of the revenue in Canada’s $6-billion-plus online advertising market – advertising that has been the chief source of revenue for Canadian media organizations.

They use content that is created by those organizations to do so, and they don’t pay a cent for it. Their actions have been one of the main causes of carnage in the Canadian media landscape.

What kind of carnage? In the past decade, more than 250 Canadian newspapers have shut down, depriving people across the country of vital information about what is happening in their communities.

The COVID-19 pandemic has made the dire situation even worse – forcing newspapers that were already struggling over the edge, the closing of 50 publications and the loss of 2,000 jobs, according to J-Source. More than 100 news outlets have been forced to make cuts, including recent cuts at the Toronto Star.

Just last week, Postmedia left communities across Canada without a source of local news, shutting down most of the community papers it owns in Manitoba and gutting the media landscape in communities around Windsor, Ont., as it closed 15 newspapers and laid off 80 workers.

None of this is unique to Canada. In fact, Facebook and Google are serial offenders. News organizations around the world are in crisis in the face of the same greedy duopoly.

The difference is that other countries are beginning to stand up to them.

France’s competition bureau told Google three weeks ago that it must start paying media outlets for displaying their content, and gave it three months to work out a revenue-sharing deal with French publishers.

Australia was next, telling Facebook Inc. and Alphabet Inc., Google’s parent company, they have to share advertising revenue with local media companies. The decision, on April 19, followed an investigation by Australia’s competition watchdog that proved the tech giants were instrumental in keeping Australian publishers from being paid for the content they create.

Ireland will no doubt soon be making its own move after outgoing prime minister Leo Varadkar called Facebook and Google “free riders on costs incurred by other people” and said the next Irish government was looking at ways to force them to share advertising revenue with media outlets there.

Others are acting. What is Canada waiting for?

Five years ago, Unifor started a #savelocalnews campaign. As part of that initiative, we called on the federal government to level the playing field by requiring that Google and Facebook contribute to news funding.

The situation is even worse now. The pandemic that has paralyzed the Canadian economy is taking a heavy toll on our news organizations.

Businesses are closed. Sports and entertainment events have shut down. That means they aren’t advertising, another blow to the revenue stream at those news outlets. Print publications at other media companies have gone on hiatus. Some of them will likely not return.

Canadians are starving for accurate, trustworthy information about COVID-19, and consuming more local news than ever before.

France and Australia have shown that you can take on Facebook and Google and create a sustainable future for local media organizations.

Now it’s our turn. Our federal government, like those in France and Australia, should act to give media outlets in our country a fighting chance to survive. 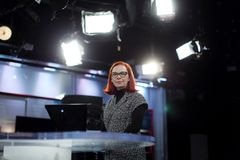 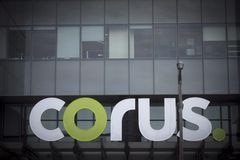 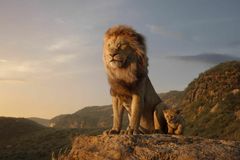