When Alberta Premier Jason Kenney announced that his province had succeeded in scrapping 80 per cent of its restrictions on interprovincial trade, he issued a challenge to the rest of Canada.

"I call on all other provinces and territories to meet Alberta’s ambition to end the economic balkanization of our country, and become the true economic union envisaged by the fathers of Confederation,” Mr. Kenney said in September.

Alberta eliminated a total of 21 internal-trade restrictions in two waves over 2½ months. Then in October, Manitoba Premier Brian Pallister picked up the gauntlet and dismantled six of his province’s barriers to internal trade.

Mr. Kenney and Mr. Pallister, who are both conservatives, share a common interest with Liberal Deputy Prime Minister and Intergovernmental Affairs Minister Chrystia Freeland. She is tasked with improving interprovincial trade, and the two right-of-centre premiers appear to be her best, if unlikely, allies to get that job done.

Ms. Freeland’s marching orders, as outlined in her mandate letter from Prime Minister Justin Trudeau last week, are exacting. She’s to lead work with the provinces and territories to lift their multitudinous exceptions to the Canadian Free Trade Agreement (CFTA).

If wayward premiers dig in their heels on thorny issues – and let’s face it, some will on oil pipelines – Ms. Freeland is to assert federal jurisdiction as required by drawing on powers in the Constitution Act of 1867. She’s also in charge of creating a Canada Free Trade Tribunal to investigate and resolve trade squabbles between provinces and territories.

Given recent strides by Alberta and Manitoba to lift some internal trade restrictions on their own, Ms. Freeland would be wise to tap Mr. Kenney and Mr. Pallister as her emissaries to mediate with holdouts.

Such a non-partisan gesture could go a long way in garnering support for her efforts from Tories in a minority Parliament, especially since they pledged to break down interprovincial trade barriers during the federal election campaign.

Achieving consensus is no easy feat. Internal trade barriers have thwarted the free flow of goods and services within Canada since Confederation.

But now the stakes are higher: Canada’s economic growth is slowing, and our international trading partners are grumbling about how tricky it is to do business here because each province and territory has its own rules.

Canada needs to diversify its global export markets, but our internal trade barriers expose our hypocrisy when it comes to free trade.

Earlier this year, a working paper published by the International Monetary Fund concluded that removing internal trade barriers would increase Canada’s economy by roughly 4 per cent. One of the authors of that IMF report published an op-ed in The Globe and Mail in July, arguing that estimate works out to $80-billion a year in lost economic potential or almost $5,700 for every Canadian family.

Internal trade barriers not only drive up compliance costs for business, they also hurt consumers by limiting competition and inflating prices. That’s why Ms. Freeland’s biggest challenge is to convince the provinces and territories to amend the CFTA so it actually has teeth.

The CFTA, which took effect in 2017, has failed in part because the penalties for non-compliance are weak. The maximum fine for trade infractions is just $10-million.

There are also a slew of exceptions relating to the oil and gas industry, while other sectors, such as alcohol, water, cultural industries and tobacco, are excluded altogether.

Although working groups were struck to examine further market liberalization of sectors including alcohol and cannabis (which became legal after the CFTA took effect), progress is scant.

The last update from the alcohol working group, for instance, was in May. Instead of modernizing the system through privatization, provinces and territories maintained the right to enforce “personal use exemption limits,” which cap how much alcohol individuals can transport across provincial and territorial lines.

Only five provinces allow for unlimited amounts and only three allow for direct-to-consumer shipments of wine, according to a report by the Montreal Economic Institute.

As for the cannabis working group, a spokeswoman said progress is being made to include recreational cannabis in the CFTA, but provided no specifics.

Ms. Freeland’s biggest challenge will be keeping the provinces honest about pursuing open markets. There are some signs of hope: Saskatchewan Premier Scott Moe is reviewing his province’s list of exemptions under the CFTA, and Ontario Premier Doug Ford is making changes to provide open access for oil and gas pipelines.

When Mr. Kenney issued his challenge in September, he said Alberta embraced its “get ‘er done spirit" by taking action on free trade. After all, talk is cheap. Let’s hope that his enthusiasm proves contagious.

Opinion
Is Canada’s economy keeping up with the Joneses? Unfortunately, the answer is no
December 4, 2019 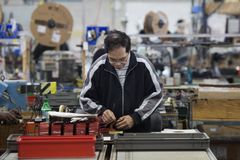 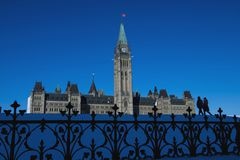