This column was originally published on July 17, 2019.

From the early messaging, it appears he wants to do that by focusing on the least of its problems and glossing over the biggest.

The AER, responsible for making sure Alberta’s oil and gas industry operates safely and responsibly, has gone through a chaotic period. The agency has been without a permanent chief executive officer for more than half a year, and the search is now on hold. Three provincial authorities are investigating its former CEO, Jim Ellis, amid allegations that he used funds earmarked for operations to start up a side project to school other countries on how to regulate.

Mr. Kenney contributed to uncertainty. During the province’s spring election campaign, he put the board of directors on notice that they’d all get the boot under a United Conservative Party (UCP) government. The strategy centred on turning board member and respected environmental consultant Ed Whittingham into a pinata for Mr. Kenney’s pro-oil base by accusing him of being a foreign-funded double agent bent on burying Alberta’s main industry.

Yet none of those things has the lasting financial and legal implications of vast, underfunded environmental liabilities in the form of aging oil and gas wells, many in the hands of companies that can ill afford to clean them up. The eventual reclamation cost has been estimated in the tens of billions of dollars.

The worst cases are those in which the owners are no longer solvent, known as the orphans. The tally of such wells could double following the recent insolvency of Trident Exploration Corp., whose owners walked away from 4,700 of them in April.

But Mr. Kenney asserts that what the AER really needs is to cut back on all the regulation that slows the industry down. He’s tasked his Energy and Environment ministers, Sonya Savage and Jason Nixon, to conduct a review of the regulator, according to an recent interview in The Calgary Herald.

The fees oil companies pay the regulator are too high and the process for getting projects approved too long, he says. Ms. Savage was quoted as saying governance and timelines are among the aspects to be studied. She said what’s required are “tweaks” because the AER is not broken.

If it’s not, it has certainly developed deep cracks.

A major problem has come from the AER trying to walk a tightrope between preventing transfers of high-liability wells to financially weak operators and allowing the merger and acquisition activity that keeps commerce humming along.

An investigation by The Globe and Mail late last year showed how the AER allowed many transfers of assets even though the buyer did not meet the regulator’s own financial criteria. Internal e-mails showed staff striving to fast-track applications. In addition, companies with substandard ratios of assets to liabilities have routinely been granted exceptions to get deals done. Between 2016 and 2018, only a fraction of requests to have the rules relaxed were rejected.

Results have been disastrous. Take Sequoia Resources, the failed natural gas producer that acquired thousands of aging wells in several deals starting in 2016. The AER is on the hook as a creditor in the bankruptcy to the tune of $225-million after approving some of the deals the producer used to bulk up despite its subpar financial wherewithal.

The problem has festered as the natural gas market cratered and larger companies sought to rid their balance sheets of abandonment and reclamation obligations. The former NDP government had said it planned new policy, including enforced timelines that operators can keep wells turned off. The plans died with the election loss to the UCP.

The government is starting its review of the AER just as cutbacks loom at the regulator. The Globe reported last week that staff layoffs are on tap.

Meanwhile, the UCP is keeping some producers on life support with $23-million in temporary tax breaks. With Alberta gas prices still depressed, the move could just be postponing the addition of more wells into the industry-funded orphan-well program that’s already been backstopped by taxpayers to the tune of $235-million.

A review of the AER is long overdue, and kudos to the Kenney government for taking it on. Hopefully it will generate solutions for a crisis the UCP doesn’t seem to want to acknowledge. 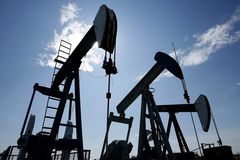 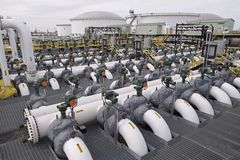 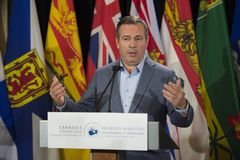