Mr. Butts, a key architect of the Trudeau government’s marijuana policy, tweeted recently that “legal cannabis has wiped out half the black market in a year, just as it was designed to do.” Then he took a swipe at Ontario’s Progressive Conservative government by adding: “This happened despite chronic implementation problems in a province that begins and ends with the letter O.”

His pronouncements created quite the clatter. That’s because the federal government’s own data show that more Canadians are buying marijuana on the black market because legalization hasn’t lived up to the hype. Not only is it significantly cheaper to buy contraband cannabis, consumers tell Statistics Canada that unlicensed dealers often sell superior products that offer them a better high.

There’s no doubt that Ontario has botched its retail rollout. Just look at the results of the province’s second store lottery this week. But with a general election looming, federal Liberals are eager to shirk their share of the blame for the problems that have plagued legalization. High prices, supply shortages and a convoluted compliance regime for legal players have been nothing short of a boon to black-market dealers.

But the Liberals are telling voters a different story. In fact, Mr. Butts, the Prime Minister’s former top aide and an adviser on the party’s re-election campaign, is the latest high-profile Liberal to offer Canadians alternative facts about how legal weed is supposedly wiping out black-market sales. Bill Blair, Minister of Border Security and Organized Crime Reduction, has made similar claims. So has Tyler Meredith, a senior policy adviser to the Liberal caucus.

Canada will mark the first anniversary of legalization on Oct. 17, just days before voters go to the polls. Dogged by the SNC-Lavalin scandal and their foul-ups in the oil patch, the Liberals desperately need a win on the campaign trail. But if they’re going to squawk about legalization, they owe it to Canadians to drop the spin and serve up the facts.

Statistics Canada recently reported that 59 per cent of surveyed Canadians who bought cannabis during the second quarter of 2019 got it from illegal sources. That’s up from 55 per cent in the first quarter of this year and 52 per cent during the fourth quarter of 2018 (postlegalization). Those sequential increases matter, not just because year-ago numbers don’t exist, but because they’re a barometer for growing consumer frustration.

Since Canadians vote with their wallets, it’s no surprise more consumers are turning to the black market. Thirty-four per cent of those surveyed during the second quarter reported that “legal cannabis was too expensive,” up from 27 and 22 per cent in the first- and fourth-quarters, respectively.

Prices of lawful cannabis have climbed consistently since legalization. The average price a gram of legal marijuana was $10.65 during the second quarter. That compares with $10.21 in the first quarter and $9.82 in the fourth quarter.

By contrast, illegal pot prices fell over that time. The average price a gram was $5.93 during the second quarter. That’s down from a first-quarter price of $6.23 and $6.51 during the final quarter of 2018.

Who can blame consumers for feeling ripped off by legal pot? It’s doubtful the price of legal product will fall any time soon, because cannabis companies are still posting quarterly losses and supply shortages linger, despite Mr. Blair’s repeated protestations to the contrary.

What’s clear is that after 95 years of prohibition, the Liberal government rushed legalization for partisan gain. From the get-go, federal officials underestimated how difficult it would be to grow legal crops at an industrial scale. Yes, licensed producers over-promised and under-delivered, but that’s what happens when significant parts of an agricultural industry are controlled by stock promoters rather than experienced growers.

Health Canada, meanwhile, couldn’t keep up with its licensing backlog. Also contributing to supply shortages were problems with the federal excise stamps that producers are required to place on products. Initially, there weren’t enough of them, and some just wouldn’t stick.

Federal packaging and advertising rules are so complex that they are driving up the industry’s costs, limiting supply and inflating consumer prices. You can bet the launch of legal edibles later this year will be marred by many of these same problems.

The next government needs to tackle these problems head on. Regulators need more resources and the regulations need to be simplified, not softened. Ottawa also needs to work with the provinces, because the current patchwork of rules is untenable.

If the Liberals are serious about shutting down the black market, they need to stop blowing smoke. 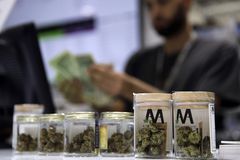