The Liberal minority government risks turning up the heat on an already feverish housing market if it makes good on its election campaign promises to tinker with mortgage insurance offered by the Canada Mortgage and Housing Corp.

In what can only be described as a reckless attempt to curry favour with cash-strapped home buyers – many of whom are part of the sizable millennial voting bloc – the Liberal Party pledged two changes that would make it cheaper and easier to obtain mortgage insurance through the federal agency.

First, the Liberals proposed to reduce CMHC mortgage insurance premiums by 25 per cent, claiming the cut would save the average borrower $6,100 in costs. The party also wants to increase the insured mortgage cutoff from $1-million to $1.25-million and index it to inflation. That means for the first time in years, CMHC could provide coverage for homes worth more than $1-million.

Let’s get down to brass tacks. It would be utterly irresponsible for the Liberal government to fulfill these promises. Not only would they inflate home prices by stoking demand from financially stretched borrowers, they would intensify consumer debt loads, increase taxpayer exposure to the housing market and add more risk to the financial system.

Mortgage insurance, which reimburses a lender if a borrower defaults on a loan, is required when buyers make a down payment of less than 20 per cent of a home’s total price. Under the current system, the federal government guarantees 100 per cent of CMHC’s obligations to lenders for insured mortgages. Private insurers Sagen MI Canada Inc. and Canada Guaranty Mortgage Insurance Co., meanwhile, receive 90-per-cent backing from Ottawa.

Taxpayers, though, are the ultimate backstop for these higher loan-to-value mortgages. To put that into perspective, chartered banks had $481.8-billion worth of insured residential mortgages outstanding at the end of 2020.

That’s precisely why a responsible government should not help risky buyers purchase homes they cannot reasonably afford – especially not when inflation is already eroding paycheques and interest rate increases are on the horizon.

“There’s no analysis behind it,” said Evan Siddall, chief executive officer of Alberta Investment Management Corp., in a telephone interview when asked about the two proposals. Mr. Siddall, who is also an advocate for housing affordability, previously served as CEO of CMHC.

“What they’re basically doing is they’re putting a whole bunch of risk back on to the government’s balance sheet,” he later added.

As Mr. Siddall rightly points out, the proposal to cut CMHC’s mortgage insurance premiums by 25 per cent is ill-conceived because these rates are set based on regulatory capital requirements imposed by the Office of the Superintendent of Financial Institutions, Canada’s banking regulator, along with sophisticated modelling, stress testing and risk analytics.

“And what? The government is just going to give a 25-per-cent reduction?” he added. “It has to do with the stability of the housing system through an economic cycle.”

Just this week, CMHC warned the residential real estate market is overheated because of rising home prices and issued its highest risk rating for the country.

Any attempt to liberalize mortgage insurance would only intensify the fallout from any potential downturn in the market, creating hazards for taxpayers and homeowners.

Record mortgage volumes increased total consumer debt to $2.15-trillion during the second quarter of this year, according to Equifax Canada. Although only a portion of that debt is from insured mortgages, the credit bureau expressed concern about the amount of mortgage debt held by consumers with low credit scores.

Instead of stimulating more demand through CMHC, Ottawa’s focus should be on increasing housing supply. Despite his criticisms, Mr. Siddall acknowledged the Trudeau government is doing what it can to achieve that goal.

“The problem is the supply problem is beyond the fiscal capacity of any government,” he said.

So what can be done to cool the housing market?

The Liberals have proposed an anti-flipping tax. The details are not yet known.

But many experts, including Mr. Siddall, have suggested Ottawa should gradually start taxing capital gains on the sales of principal residences – not retroactively, but from here on out.

It’s tough love that will no doubt rile homeowners, but lest we forget that easy money is what caused the financial crisis of 2007-09.

Make no mistake, the Liberal Party’s proposals to fiddle with CMHC mortgage insurance are fraught with risk. Case in point: The Bank of Canada has indicated it could raise its trendsetting interest rate as soon as next year.

Mr. Trudeau needs to turn over a new leaf and start thinking about how monetary policy affects the financial wherewithal of Canadians.

He should have never floated such irresponsible housing policies during the election campaign. For the sake of all of us, let’s hope he breaks his word.

Opinion
When the federal election’s over, it’s time for Parliament to get serious about supporting small business
Subscriber content
September 20, 2021 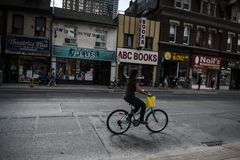 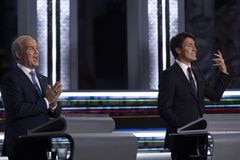 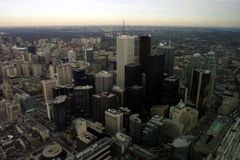