The media and political reaction to Facebook’s launch of a global cryptocurrency, known as Libra, and the digital wallet that would go with it, Calibra, was one of near hysteria.

Facebook is already too big, too powerful, too intrusive. Mark Zuckerberg’s monster can’t be trusted to protect your privacy or be socially responsible. It has become a propaganda tool for killers, as the video of the massacre at two mosques in New Zealand proved.

In short, the Zuckbuck, as it has already been dubbed, cannot be trusted to be a benign force, Facebook’s many critics say. The world’s biggest social media network already controls your data. But your money? “[Libra’s] from Facebook. And nobody trusts Facebook,” said Scott Galloway, a marketing professor at New York University known for his biting commentary on Big Tech, in his weekly podcast, Pivot. “Facebook hasn’t shown any ability to think through the unintended consequences of bad actors from weaponizing its platform.”

I would be the first to agree that Facebook, which also owns Messenger, Instagram and WhatsApp, has too much power over our lives. The launch of Libra might be the wake-up call that governments need to regulate every aspect of the company and perhaps even break it up. But I disagree that Libra on its own will compromise our privacy like never before and is just another cynical money grab by a cynical company.

If we truly valued our privacy, we wouldn’t use Facebook, Amazon or Google. We wouldn’t use a credit or debit card. We would pay for everything in cash. We wouldn’t use a smartphone, which leaves digital footprints wherever we go. It’s no secret that social networks are surveillance machines, but their billions of users don’t seem to care. The #deletefacebook campaign triggered by the Cambridge Analytica scandal went nowhere. Facebook has 2.4 billion users. Almost one in every three people on the planet is a customer, an indication that privacy is low on their list of concerns.

The launch of Libra and Calibra should not have come as a surprise, as Facebook had already dabbled in the cryptocurrency and electronic-payments business. Remember Facebook Credits? It was the company’s virtual currency, which came to life in 2012 and was used to buy intangible goods and services in Facebook Games. At one point, Facebook Credits could be bought in the form of cards at drugstores (the technology didn’t last long). Libra and Calibra are the logical extensions of that old idea.

Despite Facebook’s enormous market clout, Libra (which will be run by a Swiss foundation whose members already include Facebook, Visa, PayPal and Uber) and Calibra might not get very far. Already, several payments networks are on the go. Britain’s Vodafone, one of the world’s biggest mobile telecom companies, set up M-Pesa, a phone-based money service, more than a decade ago. It has proven to be highly popular among the “unbanked” in Africa. M-Pesa users can transfer cash via SMS, make bill payments and receive remittances from abroad.

If the big mobile companies were smart, they would leverage their vast networks, marketing power and direct access to billions of customers through their billing systems to compete with Libra. Facebook has no monopoly on the concept – a cryptocurrency backed by hard financial assets, such as bonds – or its transfer technology. Another contender for a popular payments network would be national post offices. Imagine what they could do if they got together (in Italy, where I live, the post office is more about financial services than mailing letters).

Let’s assume Libra does make a splash in the digital financial-services industry. Would that be so bad?

My own view is that anything that disintermediates the traditional banks is a good thing. The banks charge hefty fees for everyday banking services. If you are poor, those fees – for everything from sending money abroad to cashing a cheque – can eat up a lot of income. Many poor people cannot open a bank account. According to the World Bank, about 1.7 billion people have no access to a bank or mobile-money accounts. If Libra brings in the unbanked and lowers fees at the banks’ expense, the poor would benefit greatly.

Any shift away from traditional banks is to be applauded. They are too risky. Their excesses, lack of controls and casino mentalities handed us the 2008 financial crisis, which plunged much of the world into deep recession for years. Trillions of taxpayers’ dollars were used to prop them up. Facebook, through Libra, might create a cheap and less risky financial services system. In reality, most people don’t need to be clients of full-fledged banks unless they need mortgages, and not everyone needs a mortgage. It seems doubtful that Libra would get into the mortgage business, but in time it might make small loans – more competition for the banks.

For Facebook, the banks were just fat chickens waiting to get plucked. The company’s arrival in financial services was inevitable. The Zuckbuck is about to land, so take heart that the banks are worried. 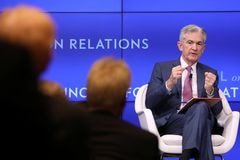 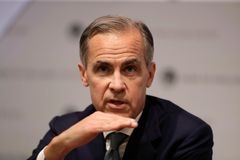 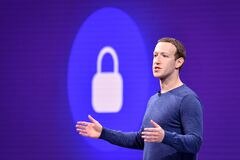