Some people are convinced life is rigged. The economy, workplace, politics and slot machines. All of it.

For the most part, it’s not true.

There is, however, one notable exception: the selection of the top two jobs in global finance – president of the World Bank and managing director of the International Monetary Fund.

The United States chooses the head of the bank, while Europe names one of its own to run the IMF. Because of a deal made in a smoky backroom 75 years ago, that’s just the way it is – a shameless and enduring quid pro quo.

Never mind that the two institutions are owned by, and ostensibly work for, nearly 200 countries. The notion that these coveted jobs go to the best available candidates is still pure fiction, even in 2019.

That is why Canadian-born Mark Carney’s chance of becoming the next head of the IMF is a long shot. Mr. Carney, the current Bank of England governor and former Bank of Canada governor, isn’t nearly European enough.

Sure, he holds British and Irish passports. But he talks, and acts, way too much like a non-European.

As one unnamed French official told Reuters, Mr. Carney is “basically a Canadian.”

Mr. Carney would otherwise be a shoo-in, should he even want the job. IMF managing director Christine Lagarde of France confirmed last week that she is resigning, effective Sept. 12, clearing the way for her to become the next president of the European Central Bank.

The symmetry is perfect because Mr. Carney is set to leave his post at the Bank of England in January. More importantly, his CV checks off every box, including vast experience in international finance, banking, economics and public speaking, inside and outside government.

Sadly, those are not the criteria that will likely matter at the end of the day.

The most deserving candidates rarely get these plum posts.

For years now, there has been a movement to democratize the anachronistic selection process. And each time a job comes up, there is a brief flurry of excitement that perhaps this time things will be different. And then it’s quashed. The World Bank, for example, hasn’t ever had a female president. Nor has it had a leader from a developing country, even though its mandate is to lift up the world’s economic underclass.

After plugging their noses and enduring the Malpass appointment, it’s unlikely the main European powers will want to show any hint of giving up on the old order by backing a pseudo-European such as Mr. Carney.

That thinking will also likely doom the chances of other worthy outsiders such as Mohamed El-Erian, an Egyptian-American economist and money manager, or India’s Raghuram Rajan, former governor of the Reserve Bank of India.

Even Brits haven’t fared well in the IMF stakes over the years. The fund has had 11 managing directors – five from France, two from Sweden, plus one each from the Netherlands, Germany, Spain and Belgium.

That’s unfortunate because the IMF could use some new blood. The fund’s official mandate is “to foster global monetary co-operation, secure financial stability, facilitate international trade, promote high employment and sustainable economic growth, and reduce poverty around the world.”

It has evolved into a lender of last resort for countries in financial crisis, often because they can’t repay foreign loans. The IMF doles out emergency loans when no one else will, often with strings attached, such as commitments to extreme austerity, trade liberalization, privatization and other economic reforms. And for that, it is too often seen as the enemy in parts of the world, rather than a partner in recovery.

But all that, as with Mr. Carney’s impressive résumé, could prove irrelevant.

Choosing the next one is about consolidating European influence and perpetuating the status quo. Choosing Mr. Carney would signal that Europe’s ready to give that up.

Mr. Carney does not. 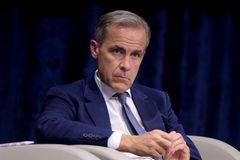 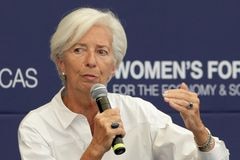 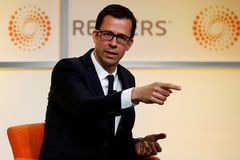