Peter Shawn Taylor is a contributing editor at Maclean’s. He lives in Waterloo, Ont.

It’s not complimentary breakfast or free WiFi. Rather, it’s an extra 4 per cent tacked onto your bill. Nothing says “enjoy your stay” like a new tax.

In 2017, the Ontario government gave municipalities the ability to impose a Municipal Accommodation Tax (MAT) on hotel bills, with the requirement that at least half the revenue be given to local tourism marketing boards. The rest can be considered general income. Judging from the rapid uptake, it’s a very popular idea.

A long list of cities in the province, both big and small, have since adopted a 4-per-cent MAT, including Toronto, Ottawa, London, Kingston, Windsor, Barrie, Thunder Bay, Brockville, North Bay and Huntsville. (Similar taxes at differing rates can be also found elsewhere across Canada.)

This momentum, however, seems to have finally run out of steam in rural Ottawa Valley, where local hotel and resort operators have launched a noisy tax rebellion against a proposal to bring the impost to their neck of the woods. It appears to be the first significant resistance against what many proponents claim is the ideal tax. The MAT, you see, is a tax only other people have to pay.

Unlike bigger conurbations where larger hotel chains predominate, the accommodation business in the Ottawa Valley’s bucolic Renfrew County is dominated by small, independent operators with a pronounced aversion to higher costs. “Last year the minimum wage hike nearly shut us down. I had to let people go,” gripes Jim Hemlin, chief operating officer of Calabogie Peaks, a ski and summer resort that promotes itself as the tallest ski facility in the region. "And now they want to put another 4 per cent on our bill?”

Such concerns led Mr. Hemlin to organize a protest in which 16 hotel owners publicly resigned their membership in the Ottawa Valley Tourist Association (OVTA) − the local tourism marketing board encouraging area municipalities to enact the tax. All 17 towns and townships within Renfrew County, as well as the city of Pembroke, would have to adopt the tax for it to be uniform across the region; for now, the idea seems to have stalled.

The emergence of Mr. Hemlin’s group of tax rebels came as a big surprise to the OVTA, which had watched city after city enact the new tax with little apparent complaint from the hotel industry. “We didn’t expect as much pushback,” admits Chris Melmoth, president of the OVTA’s board. “To me it seems like a no-brainer. A MAT offers increased funding for the entire industry. You don’t often get opportunities to generate new revenue. And remember, these are dollars coming from visitors to the area.”

That only out-of-town hotel guests pay the MAT may be the tax’s greatest attraction, at least from a political perspective. At city hall, anything not squeezed from local taxpayers looks a lot like free money. Mr. Melmoth suggests the extra tax revenue could be used to repair the swimming pool in Pembroke without burdening any actual local swimmers, for example. Plus, he adds, hotel guests everywhere are becoming inured to a host of ancillary fees and taxes at the bottom of their bill. In San Francisco, the various hotel room taxes add up to nearly 16 per cent.

Advocates of the MAT also like to stress the adversarial nature of the tourism business. Recall that half the revenue is to be funnelled into marketing budgets used to promote area attractions, sports tournaments and festivals in order to lure visitors away from competing cities and towns and into local hotel rooms. “If the municipalities around us move ahead with a MAT, that puts us at a disadvantage,” Mr. Melmoth warns. “We need to keep pace.”

The OVTA’s budget would nearly double to an estimated $650,000 from $350,000 if a MAT were eventually adopted across the region.

Despite all the arguments in its favour, however, there’s something refreshingly clear-headed in the stand taken by Mr. Hemlin and his little band of Ottawa Valley tax fighters.

That hotel taxes are now commonplace should hardly be considered an argument in their favour. New taxes must always be grounded in explicit need, rather than mere opportunity.

The political dream of taxing visitors to your region as a painless way to relieve the burden on local taxpayers is equally flawed. True, only out-of-towners contribute to the local fund, but what happens when your residents travel elsewhere for pleasure or business? Why, then they’ll be paying into your competitor’s tourism marketing war chest, and helping repair their pool. Everyone pays this tax in the end. There’s no free ride.

Given the current popularity of the hotel tax, it appears Ontario is in the midst of a tourism marketing board arms race every bit as pointless as the old Cold War missile variety.

Provincial residents account for three-quarters of all hotel guests in Ontario, with that figure far higher outside major metropolitan areas. So if every municipality in the province instantly doubled its local tourism marketing board’s budget with a new hotel tax to keep up with the Jonesvilles down the road, what of real consequence has been achieved? All those extra marketing dollars are doing little more than moving the same people back and forth around the province, to no net gain.

Except, of course, that everyone’s hotel bill is now 4 per cent bigger. And the tourism marketing board business is booming.

When your hotel isn’t just a place to stay on business travel, it’s your destination
August 14, 2019 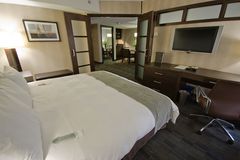 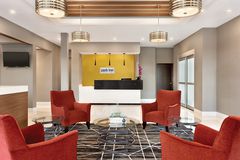