Neil Desai is an executive with Canadian technology company Magnet Forensics and a senior fellow of the Munk School of Global Affairs and Public Policy in Toronto. He previously served in the Prime Minister’s Office (PMO).

While the holiday season was in full swing, Canada’s tech economy got some unexpected good news: A group led by Canadian business titans John Risley and Jim Balsillie purchased MDA, the B.C.-founded aerospace company best known for the invention of the Canadarm. This deal includes the repatriation of the company’s head office to Canada to go alongside the jobs that remained after it became a part of U.S.-based Maxar Technologies in 2017.

Simply celebrating this news and moving on is a risky proposition for Canada’s innovation policy community, as it does not address our innovation leakage problem.

MDA should never have been able to leave Canada in the first place. An earlier takeover attempt by a U.S. company was blocked by the Harper government in 2008 under the Investment Canada Act because the government itself was a customer of strategically critical MDA products and services. Learning from this experience, the government then amended the act to explicitly include national security as a consideration for deals requiring federal approval.

Thereafter, MDA went through several structural changes to pursue U.S. government contracts, which it said would not affect its head office location or control structure. But those changes ultimately led to a defacto foreign takeover without the scrutiny faced in 2008.

Beyond the loopholes that the Maxar / MDA deal uncovered, the Investment Canada Act doesn’t speak to the leakage of valuable intellectual property and data. IP and data are the most valuable assets in today’s knowledge economy.

Today, the foreign acquisition of a publicly traded company valued at more than $1-billion, or with national security or cultural considerations, has to be reviewed by federal regulators.

But highly valuable, publicly funded intellectual property, or data about Canadians, can be transferred between companies or sold from Canada to a foreign jurisdiction without Ottawa having a clue, let alone a say. Further, foreign companies can engage in research partnerships with our publicly funded universities, and take the results and commercialize them from the jurisdiction of their choice. This may sound alarmist conceptually, but there is tangible cause for concern.

Geoffrey Hinton’s publicly funded artificial intelligence research, often associated with the University of Toronto, was patented by Google. Not by Google Canada in Toronto or Waterloo, Ont., but by Google in Mountain View, Calif. Eric Schmidt, speaking about this when he was chairman of Google’s parent company, stated: “We now use it throughout our entire business and it’s a major driver of our corporate success.”

Chinese telecom-giant Huawei has engaged in 17 research partnerships with Canadian universities on everything from wireless systems to autonomous driving. While the government assesses the national security risk of allowing the company, which is accused of having links to the Chinese government, to enter Canada’s 5G infrastructure, it has been conducting 6G research with Canadian universities. It’s safe to presume this research and development will not be commercialized from Canada.

Nortel is the biggest tragedy of all. For decades, it received substantial public support for research that yielded valuable 4G and 5G intellectual property that was transferred out of Canada during its bankruptcy. Ironically, we’re now waffling over whether to select Huawei, which some analysts suggest poses a cyberrisk, or other foreign vendors that may cost us billions more.

MDA’s return is worthy of celebration, especially given Canada’s shortage of globally competitive tech companies. It should provide Canadian politicians a reason to pause their frequent celebration of new foreign tech branch plants. Jobs at tech branch plants are largely in fields such as computer engineering and data science, which have negative unemployment in Canada.

It’s with a results-oriented focus that the Canadian policy community has to approach the knowledge-based, data-driven economy. We have spent decades pursuing publicly subsidies for both research at universities and incubators for early stage startups, while in parallel aggressively courting foreign tech branch-plants. This approach has not delivered meaningful results for Canada’s economy. In fact, Canada’s innovation, objectively measured through our multifactor productivity, has continuously dipped relative to other advanced industrialized countries.

If we widen the lens around MDA, it would show us that Canada’s innovation ecosystem is leaking and we’re not plugging the holes. Updating the Investment Canada Act to include strategic technologies, data and other valuable intellectual properties is an obvious policy prescription for the digital age.

Ottawa must build a highly technocratic capacity to understand and evaluate what is valuable in the digital economy if it is serious about innovation. A good place to start would be greater public-private collaboration with Canadian firms that have and continue to successfully commercialize Canadian innovation globally.

We’re fortunate that some patriotic Canadians were willing to make a big bet on MDA. But this is not a long-term strategy. Canadians deserve an innovation policy that is focused on ensuring our inventions are commercialized from Canada to the benefit of all Canadians.

Opinion
Ottawa can breathe a sigh of relief with the Canadarm maker takeover
Subscriber content
December 30, 2019 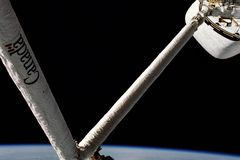 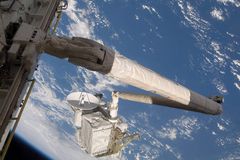