Oshawa, Ont., has been synonymous with car-making in Canada for more than a century. It is this country’s “Motor City.”

So when news leaked last Sunday that General Motors was planning to shutter its assembly plant there at the end of 2019, putting roughly 2,500 people out of work, the news media jumped into action. The major TV networks dispatched anchors to Oshawa, where CTV’s Lisa LaFlamme and CBC’s Andrew Chang broadcast their respective nightly newscasts live Monday evening from outside the sprawling industrial complex.

“Tonight: Shutting down the engine of Canada’s auto industry. General Motors is closing shop in Oshawa, Ont.,” Ms. LaFlamme said as she led off the newscast with rhetorical flourish, standing beneath a rusting GM sign.

The Globe and Mail and other newspapers also put large teams of reporters and columnists (including this one) on the story.

The message of this wall-to-wall coverage suggests this bad news is a knockout blow to Canada’s economy.

And, yes, the looming plant closure is undeniably terrible for the city of Oshawa, the affected workers, its vast network of suppliers and the tens of thousands of people who depend on the economic spinoffs. And it’s certainly not a good omen for Canada’s shrunken auto sector.

But Oshawa is not the “engine” of Canada’s auto industry. It used to be, but it hasn’t been for at least a decade. Oshawa has become a symbol of its past, rather than its present.

As Bank of Montreal economist Robert Kavcic put it: “The auto sector has been gradually pulling less of the Ontario economy over time, and the GM Oshawa plant is an illustration of that.”

Canada is home to eight vehicle assembly plants, all of them in Ontario. And of those, Oshawa is by far the smallest. It’s not even GM’s largest factory in the province. That honour belongs to GM’s CAMI plant in Ingersoll, 175 kilometers west of Toronto. CAMI, which makes the Chevrolet Equinox SUV, produces twice as many vehicles as Oshawa does.

This country’s largest is the Honda assembly plant in Alliston, 90 kilometers north of Toronto. It produces more than 400,000 Civics and CRVs per year – roughly four times the output of GM in Oshawa. The two next-largest Canadian plants are Toyota in Cambridge and FCA Canada (the former Chrysler) in Windsor.

The Oshawa plant accounts for just under 6 per cent of total vehicle production in Canada, including assembly of the Chevrolet Impala and the Cadillac XTS. Much of the rest of the work it does involves painting and finishing vehicles assembled in other Canadian and U.S. plants.

Vehicle and parts manufacturing directly accounts for roughly 1 per cent of Canada’s gross domestic product, and 2.3 per cent of Ontario’s GDP, according to BMO. That’s half of what the industry contributed to the province’s economy in the late 1990s.

Output of Ontario’s auto sector peaked in 2005 and has fallen 22 per cent since, recovering only half of what was lost in the 2008-09 recession, according to BMO. And GM have made much deeper cuts than the rest of the industry.

“Ontario continues to gradually shift away from basic manufacturing, toward higher valued added production [and] research,” Mr. Kavcic said in a research note. And that is also true in the auto industry, he added.

Canadians watching the news this week might have a completely different impression of the significance of the Oshawa closure, slated for the end of 2019.

Over the longer term, the importance of GM’s retreat from Oshawa will depend on whether it is a harbinger for the rest of the auto industry, or is merely symptomatic of the company’s efforts to stay relevant in the global auto industry. GM has cast the Oshawa plant closure – one of five announced this week – as part of an effort to redirect investments towards self-driving vehicles and electric cars. That’s a bit disingenuous because what the company is really doing is gradually exiting the business of making sedans, in favour of gas-guzzling trucks and SUVs.

So the verdict is still out on what this all means for the rest of the sector in Canada.

But the media does a disservice by treating Oshawa as if it represents the entire Canadian industry. The numbers make it clear that it is not. 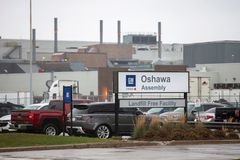 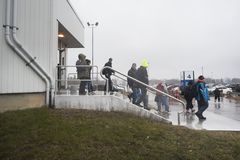 What GM’s Oshawa plant closure – and four others in North America – says about the auto industry
Subscriber content
November 27, 2018 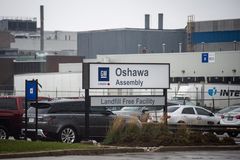